Obama fires off zingers at dinner

He cracks jokes last time for correspondents’ gathering by KEVIN FREKING The Associated Press | May 1, 2016 at 4:26 a.m. 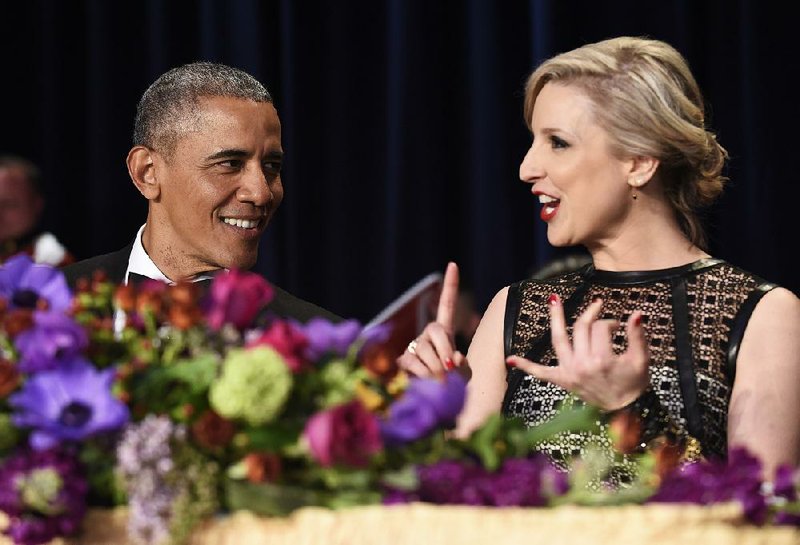 WASHINGTON -- President Barack Obama on Saturday night got one more chance to poke fun at fellow politicians, the press and himself at the annual White House Correspondents' Dinner. 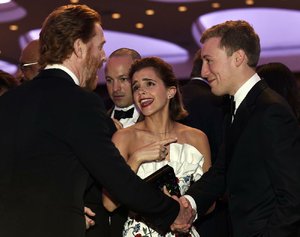 Obama drew plenty of laughs with his barbed remarks to a ballroom filled with journalists, politicians, and movie and television stars. It was his eighth appearance at the event and his last as president. TV host Larry Wilmore provided the professional comedy for the evening.

"If this material works well, I'm going to use it at Goldman Sachs next year," Obama said. "Earn me some serious Tubmans."

The president waxed nostalgic at times.

"Eight years ago I said it was time to change the tone of our politics. In hindsight, I clearly should have been more specific," Obama said.

And he acknowledged that the years had taken their toll, saying: "I'm gray, grizzled ... counting down the days to my death panel."

On the other hand, he pointed out that his approval ratings are up. "The last time I was this high," he said, "I was trying to decide on my major." When he said he couldn't explain the rise in his popularity, two photographs appeared on ballroom screens: Donald Trump and Ted Cruz.

Obama took a few more swipes at the presidential race, noting that "next year at this time someone else will be standing here in this very spot, and it's anyone's guess who she will be."

Republicans took most of Obama's humorous broadsides. "Guests were asked to check whether they wanted steak or fish," he told the diners, "and instead a whole bunch of you wrote in Paul Ryan."

Obama said of Trump, the billionaire businessman and real estate mogul leading the GOP race: "He has spent years meeting with leaders from around the world -- Miss Sweden, Miss Argentina, Miss Azerbaijan."

He added: "And there's one area where Donald's experience could be invaluable, and that's closing Guantanamo -- because Trump knows a thing or two about running waterfront properties into the ground."

Turning serious at the end of his remarks, the president thanked the White House press corps and praised a free press.

"I just have two more words to say: Obama out." With that, he held out the mic and dropped it.

Trump, a regular in recent years, was absent this time, but a son and daughter-in-law, Donald Jr. and Vanessa Trump, were spotted on the red carpet.

Proceeds from the dinner go toward journalism scholarships and reporting awards. This year's winners:

• Carol Lee of The Wall Street Journal, winner of the Aldo Beckman Memorial Award for excellence in White House coverage.

• Matt Viser of The Boston Globe, winner of the Merriman Smith Award for outstanding White House coverage under deadline pressure.

• Terrence McCoy of The Washington Post and Neela Banerjee, John Cushman Jr., David Hasemyer and Lisa Song of InsideClimate, winners of the Edgar A. Poe award, which recognizes excellence in coverage of events or investigative topics of regional or national interest.