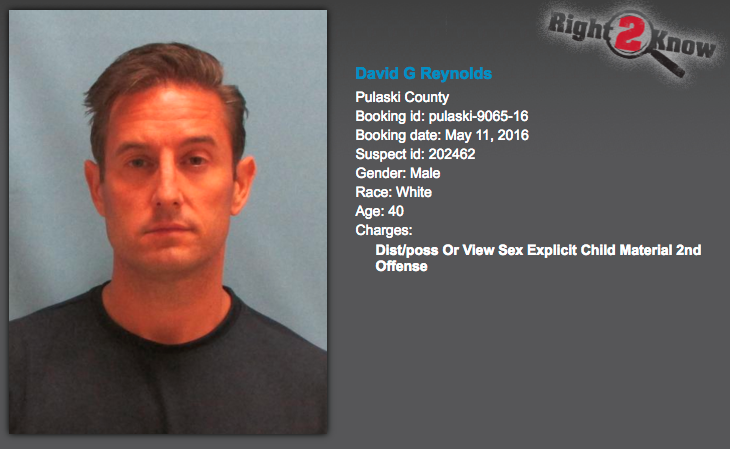 A former Sherwood pastor was arrested Tuesday on multiple child-pornography charges, according to Sherwood police.

Police said they were tipped off in January that an Internet account in Sherwood had accessed a social media account that contained "multiple images" of child pornography and exploitation.

After receiving the tip from the National Center for Missing and Exploited Children, Sherwood detectives and the Arkansas attorney general's Special Investigations Division began its investigation, according to authorities.

O̶n̶ ̶S̶a̶t̶u̶r̶d̶a̶y̶,̶ ̶t̶h̶r̶e̶e̶ ̶d̶a̶y̶s Two months before* his arrest by Sherwood police detectives, Reynolds was removed from all responsibility at the church, Cornerstone Bible Fellowship, after he had told two church elders that he was engaged in pornography, according to a statement from the church.

"Those two elders specifically asked Dave if he had viewed under age pornography to which he replied that he had not knowingly done so," the statement said.

*CORRECTION: An earlier version of this story contained an incorrect date for when Reynolds was removed from all responsibility at the church.