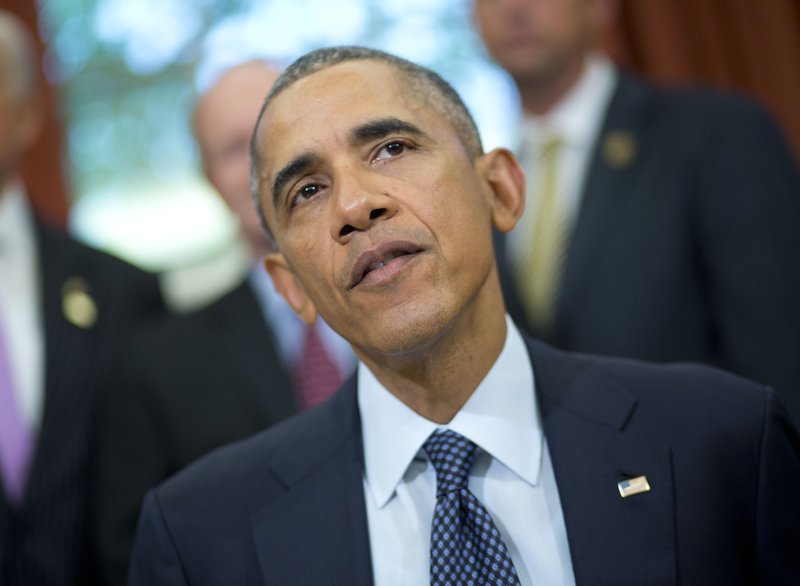 President Barack Obama speaks to members of the media in the Oval Office of the White House in Washington, Wednesday, May 11, 2016, before signing the Defend Trade Secrets Act of 2016 (DTSA).

WASHINGTON -- A bill that President Barack Obama signed into law Wednesday gives employers a new tool in preventing the theft of trade secrets.

The legislation gives companies the right to sue in federal court to recover damages. It also gives employers the opportunity to seek an order that directs law enforcement officials to seize stolen material.

Obama said one of the biggest advantages the United States has in the global economy is that "we innovate" and come up with new goods and technologies.

"Unfortunately, all too often, some of our competitors, instead of competing with us fairly, are trying to steal these trade secrets from American companies," Obama said.

Previously, U.S. businesses could seek amends in state courts for trade-secret thefts, but taking a civil case to a state court can prove more time-consuming than going to a single federal judge, particularly when a defendant has crossed multiple state lines and when multiple jurisdictions get involved.

The legislation passed by an overwhelming margin in Congress and with little fanfare.

Obama used the Oval Office signing ceremony to renew his pitch to lawmakers that they pass a free-trade agreement with countries in the Asia-Pacific region, saying the trade deal would require participating countries to have to work with the U.S. to protect the theft of trade secrets.

The trade deal, the Trans-Pacific Partnership, has come under criticism on the presidential campaign trail, and Congress appears in little hurry to take it up for a vote.