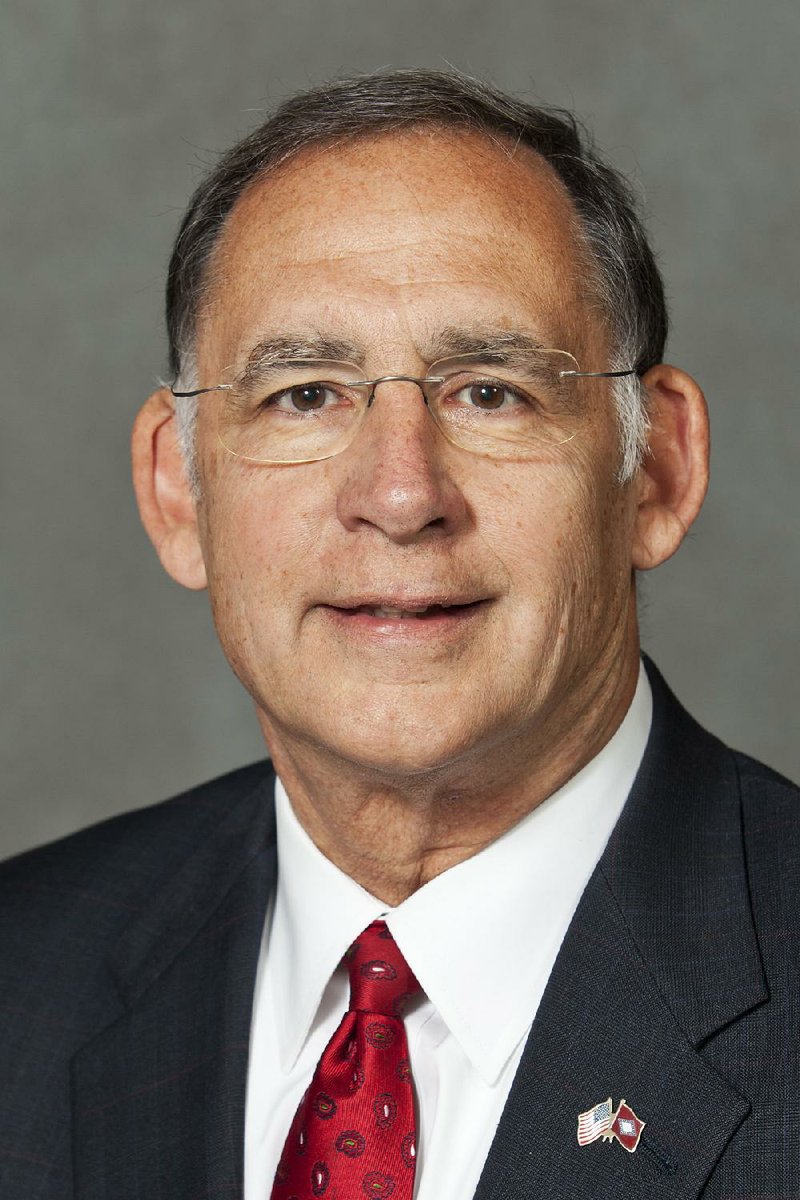 WASHINGTON -- For two decades, the U.S. Defense Department withheld funds that belonged to wounded warriors, taking money for the Internal Revenue Service even though the lump-sum severance packages were supposed to be tax-free.

U.S. Sen. John Boozman, R-Ark., and U.S. Sen. J̶o̶h̶n̶ Mark* Warner, D-Va., say the veterans are entitled to get their money back, so they're sponsoring legislation to address the problem.

The Combat Injured Veterans Tax Fairness Act of 2016 would require the defense secretary to determine how many injured servicemen were shortchanged and send notices instructing them on filing for refunds. It also would extend the deadline for requesting the money.

The servicemen affected had combat injuries severe enough to prevent their continued service, but not debilitating enough to qualify for ongoing medical retirement benefits. Instead, they received a one-time severance payment based on rank and time in service. It was supposed to be tax-free.

Advocates estimate that $78 million was improperly withheld and that most of the money was never returned to its rightful owners. Officials with the National Veterans Legal Services Program estimate that up to 14,000 veterans were affected, including 165 from Arkansas.

Boozman of Rogers says his legislation is "a matter of fairness."

"These are veterans that were injured in combat, serving their country," Boozman said in an interview Tuesday. "I think almost every member of Congress will be working hard to see if we can fix that problem and get the money back to them."

The Defense Department doesn't comment on pending legislation, but it is taking steps to address problems with withholding, a spokesman said.

"It is difficult to tell with precision how many members were adversely impacted. It is the Department's belief that a small percentage of members had taxes improperly withheld," she said in an email.

"The vast number of Service members had taxes properly withheld from Disability Severance Pay, because at the time the payments were made, there was not sufficient evidence to not withhold taxes. The Department does its best to uphold its legal obligations to withhold taxes for the Treasury absent clear evidence that the payments are not subject to income tax," she wrote.

A problem with the department's automated payment system has been blamed for the error, and it went uncorrected long after it was discovered.

Some of the veterans were injured during the Gulf War, others were wounded in the ongoing wars in Afghanistan and Iraq.

For both groups, the deadline to file for refunds has passed and most of those owed money never submitted the paperwork. Many were unaware that the payments were supposed to be tax-free, Boozman and Warner say.

The legislation, S. 2712, was filed on March 17 and referred to the Senate Finance Committee.

Rather than passing it separately, the committee added the language to the Taxpayer Protection Act of 2016, which passed on April 21.

Warner is hopeful that the bill will become law by the end of 2016, a spokesman said.

Boozman also is optimistic, saying there's "a good chance" it will get done.

"A lot of this stuff will be done towards the end of the year when things are bundled together, but this is just an injustice that needs to be fixed so we're working hard to get it done," he said.

Brandon Davis of Russellville, who survived an attack in Baghdad in 2004, says the military withheld approximately $8,000 of the nearly $40,000 he received after he was honorably discharged in 2005 because of his injuries.

The Army staff sergeant, 40, said military officials told him that the money shouldn't have been withheld and said they hoped to get the problem fixed.

He waited for a refund, but it never arrived.

"I called finance and accounting again a couple more times and they said, 'We're working on it, we're working on it," he said. "Ultimately, I just figured I'd just lost the money. ... I never imagined that I would ever see this money again and to be honest with you, I wrote it off."

A decade or so later, he got a call, telling him that Boozman was working to fix the problem, he said.

"His office reached out to me ... and said, 'Hey, look, we're sorry it happened. We're going to do everything in our power to get you guys your money back and we're actively seeking to find out who [else] this affects,'" Davis recalled. "It's pretty awesome. They were very proactive about it."

While grateful that the issue is finally being addressed, he says it would've been nice to get the money a decade ago.

"I came home, went through a divorce, was dealing with custody issues and things along those lines and that $8,000 could've made a tremendous difference for my family at the time and for me myself as a single dad coming back from a war zone," he said.

While his life has improved, some of his fellow soldiers have fallen on hard times.

The money, Davis said, "may be a life changer for some of these guys at this point in their lives."

Tom Moore, an attorney with the National Veterans Legal Services Program, faults Defense Finance and Accounting Service officials for failing to correct its computer system so that the withholding would stop.

"Why it took them decades to fix that is beyond me," he said.

Those who were cheated were kept in the dark, he said.

In most instances, "no one tried to notify them about the problem. They weren't even aware that their severance pay should've been tax-free," he said.

Moore's group considered filing a class-action lawsuit to help the veterans get their money, but feared it would fail because so much time has lapsed.

If the problem's going to be fixed, it's probably going to take congressional action, he said. "Now that it's passed the Senate Finance Committee, I'm very, very hopeful that it will be passed this year."