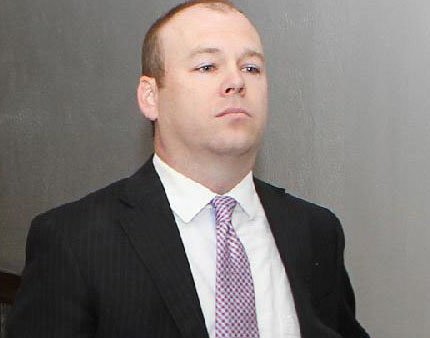 Lawyers for suspended Garland County Circuit Judge Wade Naramore say they cannot provide a proper defense unless prosecutors explain what conscious actions were committed in the death of the judge's son in a hot car last summer, according to court documents filed Monday.

A motion to suppress evidence collected -- including Naramore's statements to investigators -- as well a call to force the prosecution to immediately turn over undisclosed materials to the defense also were filed last week.

Naramore, 36, of Hot Springs, was arrested Feb. 11 and charged with negligent homicide in the July 24 death of his 17-month-old son, Thomas. Authorities determined that Thomas died from excessive heat after being left unattended in Naramore's car.

A jury trial is scheduled to start June 14 before retired Pulaski County Circuit Judge John Langston in the 18th Judicial Circuit Court-East. A pretrial hearing is set for June 3.

Messages left for Prosecuting Attorney Scott Ellington of Jonesboro, special prosecutor in the case, were not immediately returned as of late Monday.

Defense attorney Patrick Benca of Benca & Benca in Little Rock declined to comment on the motions.

The defense team said evidence previously disclosed to the defense should be suppressed because it was "illegally obtained," according to a Thursday motion. Naramore was subject to an "unlawful arrest" because there was no probable cause and police failed to secure a proper search warrant. The items seized were not discovered in plain view during the course of a lawful inventory.

"There was no emergency which would justify the intrusion in this case," Benca wrote in the motion to suppress.

Naramore and his attorneys are pushing for the case to be resolved as soon as possible.

"Not only does the Naramore family desperately need to move forward after the devastating loss of their child, but the public has a strong interest in the prompt disposition of this case," defense co-counsel Erin Cassinelli of Lassiter & Cassinelli wrote in a motion filed Thursday to compel the prosecution to produce materials.

"The State and County are spending valuable resources due to Mr. Naramore's suspension from his role as a Circuit Judge due to the charge, the legal requirement that he remain on paid leave until the conclusion of the case, and the need for replacement judges to handle his docket."

The prosecution has yet to produce all discovery documents -- including results of a cellphone search as well as a warrant return -- despite numerous requests from the defense team, Cassinelli said in a telephone interview Monday.

"I cannot say at this point what, if any, consequences there will be for belated disclosure," Cassinelli said when asked if the defense would be forced to request a continuance if the information is not turned over soon.

The defense also is asking the prosecution to state exactly what actions Naramore committed that led to the charge of negligent homicide. The burden for proving the charge is higher in a criminal case than a civil one, Cassinelli said in the motion.

Arkansas Code 5-10-105 says that a person is criminally negligent when they should have reasonably been aware of a "substantial and unjustifiable risk" that the result would occur. The state must prove that Naramore engaged in conscious, "risk-creating, blameworthy" conduct -- such as speeding, driving erratically or being under the influence of alcohol -- that resulted in the death of his son, according to the motion.

"The allegations in the information along with all discovery materials provided establish that Mr. Naramore did not know his son was in the vehicle at the time he left it and that he did nothing consciously risk-creating to create that circumstance," Cassinelli said in the motion. "The State's discovery supports only the conclusion that this was a blameless, tragic accident."

Garland County Coroner Stuart Smedley said in a police report that the child's core temperature was 107 degrees. When officers responded to the 911 call, the outside temperature was between 97 and 98.1 degrees, with a heat index ranging between 104.8 and 106.5 degrees.

In the recorded 911 call that Naramore made after he discovered his son in the back seat of the vehicle, Naramore can be heard breathing heavily and sobbing loudly as he screams "Oh, no. Oh, no. Oh. Oh. Oh. My baby."