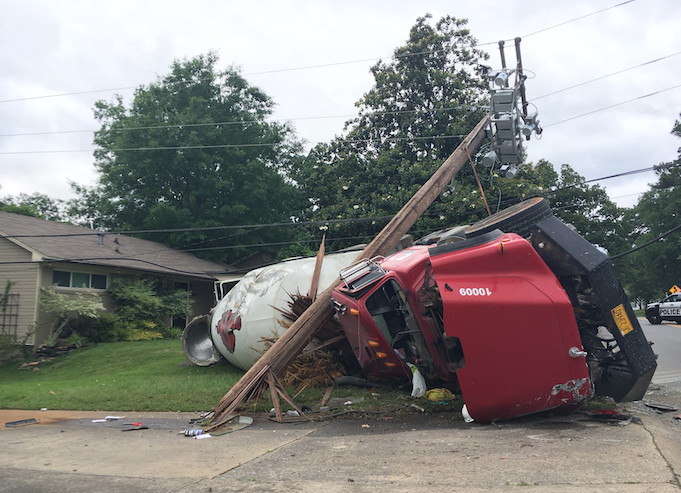 A concrete truck flipped Wednesday, May 18, 2016, near the intersection of Hawthorne and Pine Valley roads in Little Rock.

Crews are on scene after a concrete truck flipped in Little Rock.

It reportedly happened shortly before 2 p.m. at Hawthorne and Pine Valley roads, which is north of Cantrell Road near Cammack Village.

A spokesman for the Little Rock Fire Department said the truck driver was reported to be out of the vehicle when firefighters were first called.

It wasn't immediately known if he suffered any injuries.

Entergy said about 2:45 p.m. that their crews were gathering to make necessary repairs and told Cammack Village customers to "prepare for an outage." 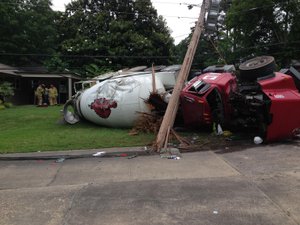 Photo by Barry Arthur
Firemen attend to the driver of a concrete truck that flipped Wednesday at the corner or Hawthorne and Pine Valley roads in Little Rock.
ADVERTISEMENT