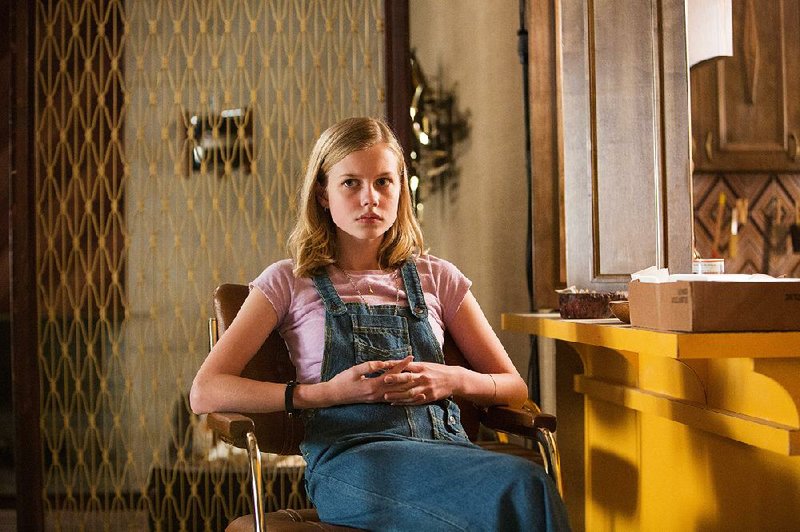 From the jump, Shane Black's comic gumshoe yarn makes its particular ambience manifest: There's the flat-affect "WB" logo, the pulsating beat and heavy funk bass twang of the soundtrack, and the triple-piped font of the opening credits. The camera is positioned high over a cityscape, above and slightly behind the old-school Hollywood sign. We are duly informed that we are looking at Los Angeles in 1977, but if you had any question of the time or place, you really weren't paying attention. 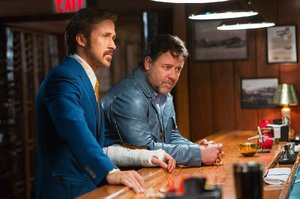 Black has shown similar affection for the genre before. His 2005 comeback flick, Kiss Kiss Bang Bang, played with similar conventions, and after the long, strange ride of his ascent as a screenwriter in the early '90s, spurred on by the unlikely hit that was Lethal Weapon and his subsequent flame-out a half decade later, it's hard to begrudge the bloke the opportunity to stroll amid the world-weary and punch-drunk leches and losers who populate his tableau.

In personification of his disaffection, meet his two main protagonists. There's Holland March (Ryan Gosling), a sloppy, dead-drunk P.I. whom we first meet waking up from a bender in a cold-water-filled bathtub, still wearing his rumpled suit from the night before; and Jackson Healy (Russell Crowe, looking as if he has been driving a Winnebago for several years), a beaten-down tough guy gone to seed and saddled with the conscious awareness of his own pointlessness.

Naturally, the two combatants end up working together on the case, which eventually expands in scope to include a creepy pair of killers, the Detroit mafia, a seemingly worried if not corrupt head of the Department of Justice (Kim Basinger), and a smiling hitman with brown bangs and a penchant for inventive homicide known only as John Boy (Matt Bomer).

There is more, of course. In the grand manner of noir-ish crime thrillers from the deadly serious Chinatown to the shaggier, stoned doings of The Big Lebowski, the story starts with a missing girl and eventually grows to envelop a much larger swath of the pervasive criminal perversity of the city, with its pretty but untrustworthy dames, lunk-headed hit men, and greatly overmatched P.I.s, in way too deep, and taking it way too personally.

Holland in particular spends a large portion of the film getting his butt kicked, rolling over cars, sleeping at the wheel, and getting considerable side-eye from his precocious 13-year-old daughter, Holly (Angourie Rice), who at one point laments that her father is "the worst detective in the world." He's not that, but his effectiveness often seems to hatch directly from his near total incompetence; more often than not he literally stumbles across clues, and dead bodies, from sheer dumb luck and a penchant for taking inconvenient headers at the drop of a cruller.

Black has a gift for unmasking reluctant heroes, filled with regret and self-loathing, but somehow still hoping for a taste of redemption. Jackson lives alone above a nightclub, his only companions his tank of tropical fish, some of which get thrown at him during an unpleasant encounter with a couple of hired goons also looking for Amelia. He has forsworn drinking and seems to carry in his jowly face and rising potbelly a longing sense of regret. He jumps at the chance to partner with the derelict Holland, not so much because he sees a possible cash cow but because, for once, he sees a chance to finally do the right thing and have a purpose.

At its best, the film has a kind of greasy charm, born from its unconventional pretensions. Gosling and Crowe settle into an amiably offbeat duo, Rice manages to be capable and clever without turning the corner into obnoxiousness, and Black clearly gets a kick out of winding his characters up and letting them smack into one another like magnetic football figurines.

Up until this point the film has been such shambling fun, you start to believe Black can push his rickety construction to truly incandescent levels. Alas, after that peak, the writer/director heads back toward the orthodox, ratcheting down the unexpected twists and convolutions in favor of a far more normalized and conventional third act, culminating in our heroes putting all the pieces together, and sealing everything with a bro-hug and the promise of adventures to come.

For a while there, something magical was brewing. In the end, it plays like a particularly raunchy and plot-heavy pilot episode to a '70s-era crime-solving buddy series. It would have been way too hot for the networks, obviously, but it still would have played well to its intended TV audience of stoned burnouts and dedicated counter-culturalists.