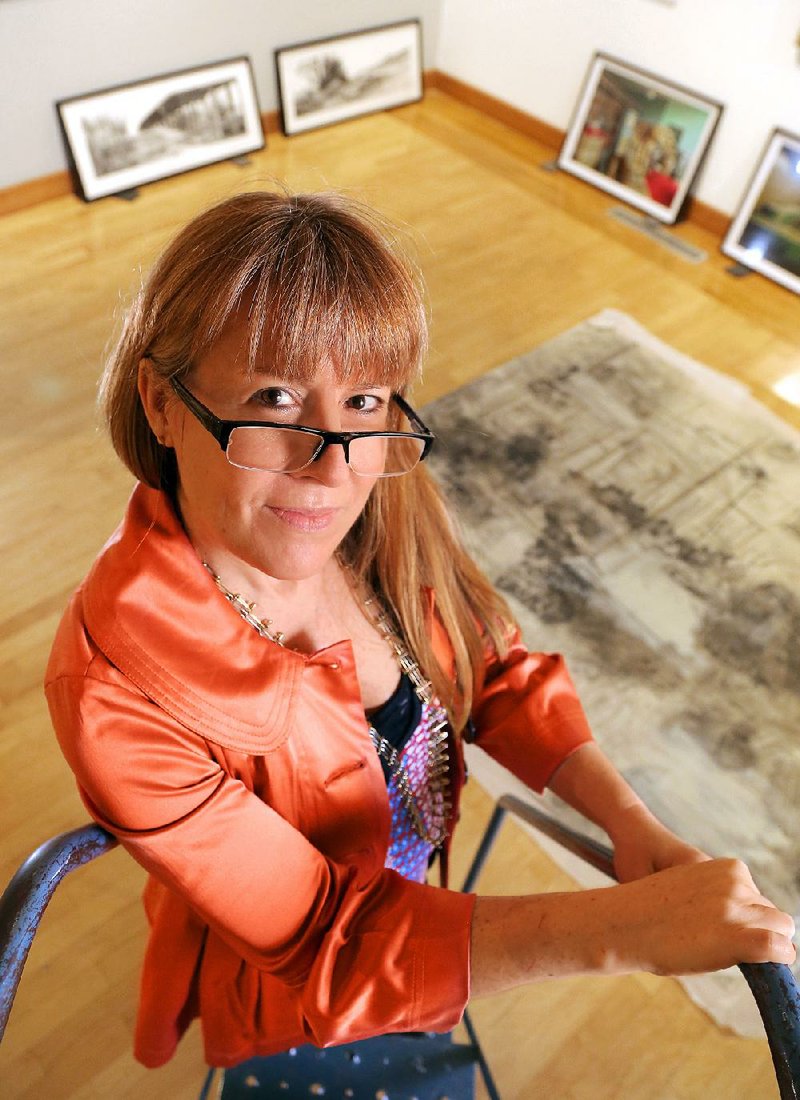 Elizabeth K. Garvey, director of Garvey/Simon Art Access in New York, was the juror for ‘‘The 58th Annual Delta Exhibition’’ at the Arkansas Arts Center. The exhibit opens June 10.

It's a wonder anyone would agree to be a juror for an art exhibition. 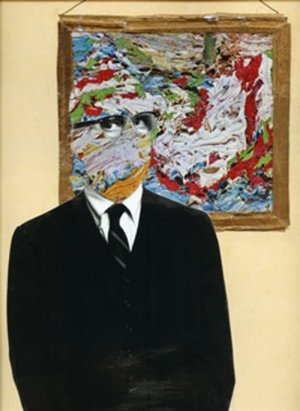 Photo by Courtesy of Michael Church
Michael Church’s Big Brother, a collage and mixed media work, hangs at “Succinct,” his exhibit at the Thea Foundation in North Little Rock.

Imagine having to sit at a computer loaded with more than 1,200 images from which you must select 50 or so.

While Elizabeth K. Garvey, the juror for this year's Delta Exhibition at the Arkansas Arts Center, didn't look at them all at once -- who could? -- she says it's a process she enjoys.

"I would sit down and see if I got into a flow with it. The easiest, yet hardest part is weeding the images. It's tedious. I felt I had quadruple vision at times. I [took out] more than half in the first cut. If an entry had sloppy errors -- not listing the medium of the work, for example -- they were out.

"Saying a work is mixed media doesn't tell me a lot. I'd like to know what the actual media used is. That gives me a better sense of texture and other qualities that don't come across in a two-dimensional image." Detail shots of the artwork also help a juror assess it, she says.

Garvey, director of Garvey/Simon Art Access in New York, approaches the juror's role more from her response to the work than the technique of the artist.

"I think you have to be more visceral," she says. "That's one of the reasons why some artists didn't make it into the Delta and some didn't win an award. As compelling as some works were, they were all about technique. I do appreciate a certain degree of craft, of technique; I don't like work that's sloppy or not well made."

Garvey chose 52 works for the Delta, which opens June 10 at the Arts Center.

"I had weeded the exhibition down smaller than I should have, into the high 30s. So, I had to think about what to put back in. Some of the artists had something to say; I wanted to see their work in the context of their work."

That's why several have more than one work in the exhibition.

"I wanted to give them more than the one shot most juried shows offer," Garvey says. "I wish I could have chosen artists rather than pieces. There were a lot of great artists who submitted their work. The award choices were very difficult. At the end of the day, it was my gut. 'What do I want to see again?'"

Garvey, who grew up near St. Louis, said a show she saw as a child of cut paper pieces by Matisse "was a pivotal thing. I didn't enjoy a lot of art museums as a child, but that one was very interesting to me."

Her attention to art waxed and waned until college. Initially intent upon a career as a graphic designer, she switched to art history at Indiana University, where she earned her bachelor's degree. She did her graduate studies in art history at Hunter College of The City University of New York. She has been a fine art dealer and adviser in New York for more than 20 years.

"My passion in school was Renaissance art, especially early northern Renaissance painting. It is still the lens with which I look at things. I loved art history, I loved learning history through art. It was looking, discovering and learning that became far more enjoyable than trying to force my hand to do something. I learned an appreciation for what is done to achieve results in art."

Whether Garvey is working with clients, in her gallery or being a show juror, art for her comes down to one word.

"It's all about relationships," she says. "I hope the public gets to know these artists; it's a relationship that could benefit them both."

TAKE ME TO CHURCH

His minimalist approach, with open space in many of his collages, gives the viewer some room to ponder the political and social themes that inspire much of his work. It can be a little unsettling to face the thoughts and emotions that can arise, as we may also see some part of our own story there.

Other influences seep in -- a bit of Magritte in one piece, some surrealism and a little sci-fi/metaphysics here and there. And humor, too.

Church likes retro imagery, which enriches the final product and can add another layer to remind us that these human frailties and conditions have been with us a long while.

In Mamie, for example, we have a black woman appearing from behind a clothesline pole to extend a hand to a child. It's very '50s- looking in a Twilight Zone-like way. But stunning. Ditto for The Beginning End, in which an older woman, facing the viewer, sits on a bed as a girl with a paper bag and purse comes into the room, seemingly through a window (a portal?). It recalls illustrations at the change of the year, out with the old, in with the new.

Another particularly powerful work is Attainable, in which a black child stretches an arm out toward the American flag, just out of reach.

Assemblage shows a boy with a hammer and pieces of wood. His head is made up of dots of color, like snow on a TV screen. How do we put ourselves together, become who we are?

The Uncola is a not at all subtle commentary on big corporations.

Especially powerful is Tug of War, which depicts a white child on the ground, arms around a large globe of the Earth, and a black child, standing, with his arms also around the globe. Will they destroy it? Each other? Or learn to work together?

Church is a storyteller; his art invites us to participate in the story and enriches those who do.

Hot Springs photographer Beverly Buys has won the Polly Wood Crews Scholarship from the Arkansas Committee of the National Museum of Women in the Arts.

Buys plans to use the award to continue working on her "Delta in Blue" series. Buys, who makes direct cyanotype prints of her images, has worked on her photo essay of the Arkansas Delta region since 2011. She has had solo exhibits at Arkansas State University at Beebe, the Delta Cultural Center in Helena-West Helena and the University of Memphis Art Gallery in Memphis. Her work, Lonesome Highway, was a high point in last year's Delta Exhibition at the Arkansas Arts Center.

Buys has a master of fine arts degree in photography and printmaking from the University of Memphis. She was professor of photography in the Ellis College of Arts and Sciences at Henderson State University at Arkadelphia before retiring in 2014.

The Arkansas Committee of National Museum of Women in the Arts: acnmwa.org.