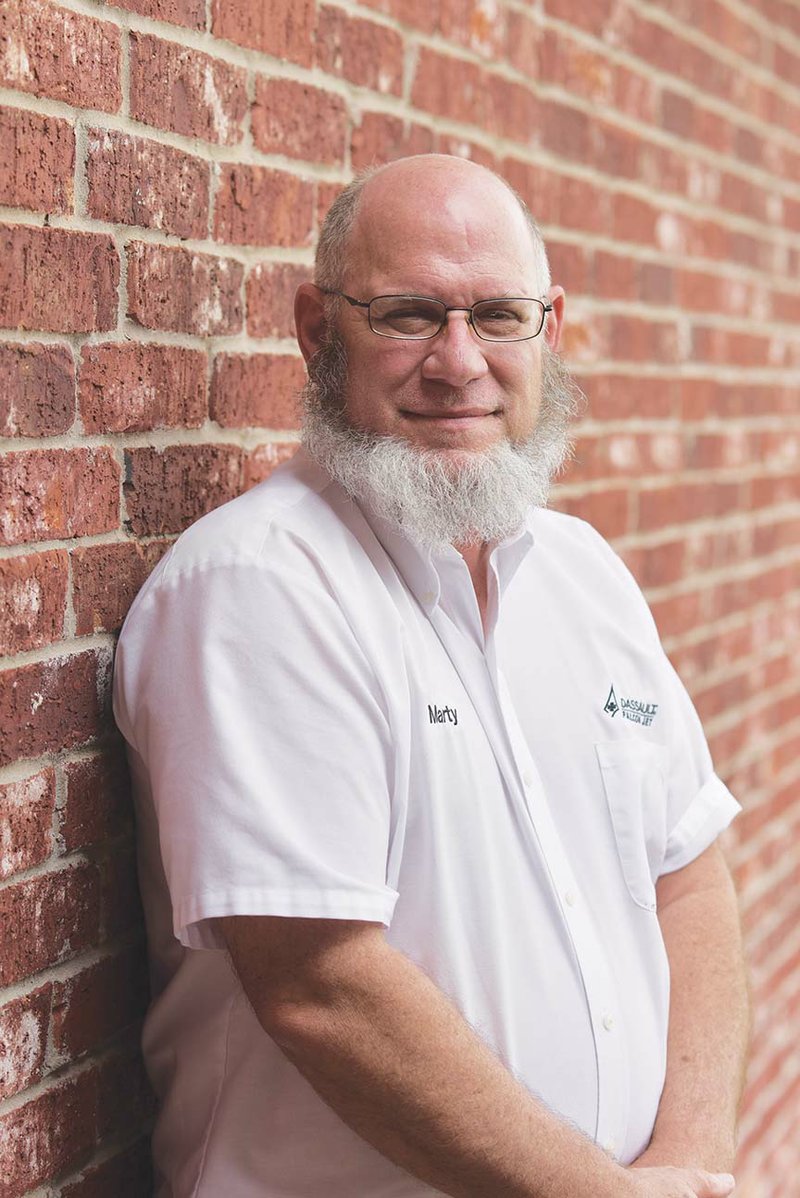 Marty Metzger of Austin retired this year from his 17-year career as scoutmaster of Boy Scout Troop 201 in Cabot. Though he never reached the Eagle Scout ranking as a teen, he’s helped lead 27 young men to achieve the highest Boy Scouts of America ranking.

As a teen, Marty Metzger never became an Eagle Scout, but that didn’t stop the former scoutmaster from seeing 27 young men reach the highest ranking in his Boys Scouts of America troop, and it certainly didn’t stop him from impacting the lives of many other Scouts.

Metzger, an Austin resident who is retired from the Air Force, retired from his 17-year career as scoutmaster for Troop 201 in Cabot this year.

“It was a decision,” he said. “I’ve got four grandkids now, and Scouting can take up a lot of time. I just decided that my original plan was to retire at 60, but with the grandkids and everything else, I decided, ‘It’s time,’” he said.

Metzger was born in Wichita, Kansas, but was a military brat and moved around to states such as Hawaii, North Carolina and West Virginia. His son, Nathan, joined the Cub Scouts when his family lived in Fort Worth, Texas.

“From there, I went to Guam for a year, and I was assistant scoutmaster on Guam,” Metzger said. “Then we moved back up here and hooked up with Troop 201, and I’ve been with them ever since.”

Metzger, who moved to Austin in 1998, was asked to step in as scoutmaster in 2000 after the previous scoutmaster left the state. He said the role fills many hats, including scheduler, mentor, trainer and disciplinarian. He planned and oversaw the execution of all troop activities.

“Basically, he should be a role model for the boys who are in the troop and guide them through their Scouting career and, hopefully, when they leave Scouting, some of that knowledge and character building in their Scouting career carries on through with them in the rest of their life,” he said.

Metzger said it’s a common belief that being a scoutmaster takes a time commitment of an hour a week. But really, he said, it can take 10 hours per week, and even more, depending on the activity that the scoutmaster is planning and the paperwork involved with the boys’ rankings.

Just as Metzger made Boy Scouting a time commitment outside of regular Troop 201 meetings at the Cabot Church of Christ, he expected Scouts to spend 15 minutes a day reading their Boy Scout Handbook, which covers everything from first aid, signs for a heart attack, insect bites, cooking and more.

“If you follow these rules in life, chances are you’re not going to get in trouble,” he said.

In high school, Metzger was involved in Boy Scouts for a few years before it took a backseat to his work life. He reached the Second Class rank but also lacked a lot of parental involvement and guidance. He said achieving the Eagle Scout ranking takes an “internal fire” within a young man and lots of parental support, but plenty of Scouts can still enjoy the troop without the ranking.

“Parents can do everything they want, but if the boy does not want to make Eagle, has no intentions of making Eagle but still wants to be active in Scouting, that’s fine with me,” he said.

Troop 201 participates in a troop activity at least once a month, sometimes twice a month, including camping and community-service projects. The troop has traveled and completed camping trips at Shiloh National Military Park and Cumberland Caverns, both in Tennessee, and other locations.

The troop also adopted 3 miles of Arkansas 321 and cleans it up quarterly. Over the past several years, the troop has salvaged around 200,000 pounds of metal for the boys to sell and raise money for Boy Scouting trips.

“Scouting will actually build character. We have boys who are home-schooled, and even though they’re home-schooled, that gives them interaction with other boys their own age, older boys, younger boys, and it really helps them out,” he said.

Metzger, who was a missiles-systems-analyst specialist in the Air Force, said his military background and troop leadership style were “sometimes too much the same.” He said he enjoys leading the boys as they become better Scouts, but he is no baby sitter.

“I’m a very type A personality, almost a dictatorship at times,” he said. “It’s my way. There are times where you have to use all four leadership styles.”

Bob Arnold, who knows Metzger through the Cabot Church of Christ and is also retired from the Air Force, said scoutmasters can often take the place of Mom and Dad in a Scout’s life, and he’s seen Metzger be an example of that.

“I think the military gives you a different outlook on life, and you become a leader,” Arnold said. “I was taught to be a leader, and you just don’t get those stripes without going through training. I would say his background qualifies him [to be a scoutmaster].”

Troop 201 has been in existence for about 40 years and has seen about 60 boys achieve the Eagle Scout ranking throughout the decades, Metzger said. But the boys he led to become Eagle Scouts didn’t reach that ranking with his help alone.

“It speaks a lot of the volunteers,” he said. “The scoutmaster has a role in it, but without other volunteers — whether it be committee members, assistant scoutmasters or even the older boys who have earned Eagle — to help these younger boys up, work with them, all these boys wouldn’t make it.”

To be an Eagle Scout, which Metzger called a “lucrative rank,” Scouts have to demonstrate great leadership in their troop, earn 21 merit badges and may even have to write a congressman about an issue that affects the country as a whole.

“It would take a boy approximately five years [to reach Eagle Scout],” he said. “So from the time he gets in, we shoot for the boys to start looking at being done for the Eagle at about 16 years of age.”

Metzger worked with ages 10 to 18 as scoutmaster. The broad spectrum of age groups meant he had to relate to the young men in various ways.

“Everybody handles it different; I just try to put myself in their shoes a little bit,” he said. “The young ones who come up, they get away with more than the boys who’ve been with me for three or four years. I’m harder on them because I expect more out of them. As they learn, then you set more boundaries, and we actually loosen the boundaries up as they earn trust, and you get to know the boys and you know what the limitations are.”

Metzger left the Air Force in 2000 and said he remained as scoutmaster year after year because he simply enjoyed the role.

Metzger said he’s been told that he can be intimidating to Scouts because of his beard and gruff disposition. But in June 2014, he received news that changed his perspective on life and impacted his leadership approach. He was diagnosed with stage 5 non-Hodgkin lymphoma, which helped him learn that life is too short to always be in a state of worry.

He began to tell the Scouts: “Hey man, life is too short. We’ve got to have some fun. Yes, there are boundaries, and there are some things that you just won’t do, and I will not allow you to do it. But I think I actually backed off and was more flexible.”

At Metzger’s reception for his scoutmaster retirement in February, he was presented with a commemorative rifle, which made him “cry like a baby,” he said. He also saw former Scouts at the ceremony who remembered his influence. Whenever a boy makes Eagle Scout, he can give a mentorship pin to the person who helped him significantly throughout his Boy Scouting career. Metzger said one former Scout who attended his reception didn’t pin Metzger years ago when the Scout became an Eagle.

“At my retirement, he came up to me and handed me a mentor pin, and he goes, ‘I should have given this to you a long time ago, but I want to tell you, had you not been involved in Scouting with me, I would not be the man I am today,’” he said. “And he handed me that mentor pin. That was something. Even talking about it, I well up. But that meant a lot to me.”

“I will never get out of Scouting,” Metzger said. “I will always be involved in Scouting in one form or the other.”