PHOTOS: Police come to the rescue of a baby deer 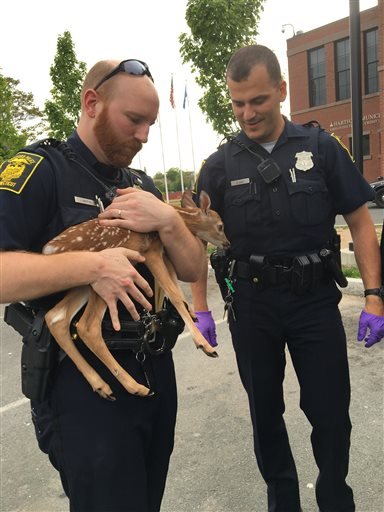 In a photo provided by the Hartford, Conn., Police Department, police hold a fawn that was rescued by a resident after it was found on the highway next to its mother, who had been hit by a car.

HARTFORD, Conn. — Police in Connecticut have come to the rescue of a baby deer whose mother died.

Hartford police say a resident told them she found the fawn on the highway Sunday next to its mother, which had died after being hit by a car. The resident brought the fawn to the front door of the Hartford Police Department.

Images of the encounter show the fawn curled up in the back of a squad car and being held by officers.

Police say they turned the deer over to the state's environmental department, which brought it to a rescue farm. 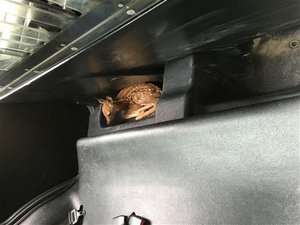