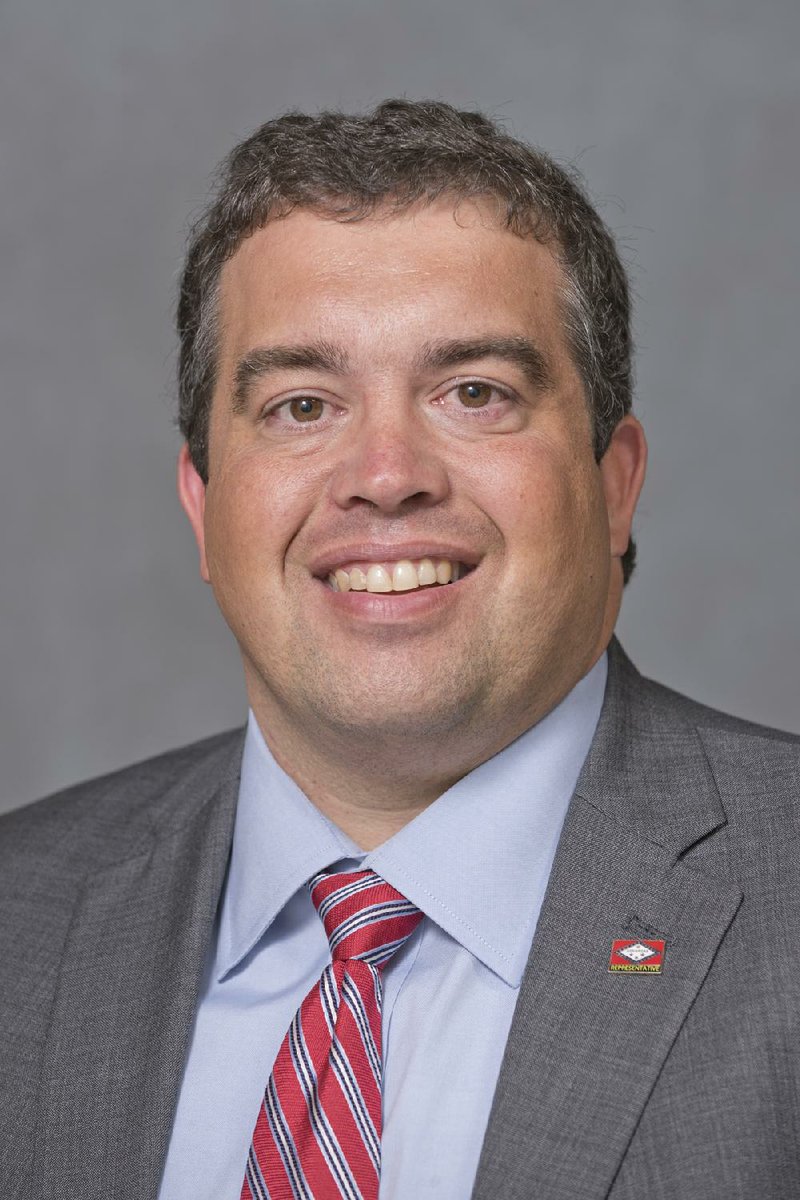 To the dismay of the House Education Committee chairman, lawmakers will miss today's deadline for finishing a report on how to spend more than $3 billion on public schools next fiscal year, and some lawmakers talked of leaving the matter to the governor. 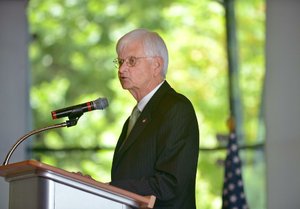 Discussions between Democrats and Republicans on the so-called educational adequacy report broke down in Monday's joint meeting of the House and Senate Education committees.

House Education Committee Chairman Bruce Cozart, R-Hot Springs, said the committees will not meet today to finish the report because attendance would not be high enough.

"I'm very naive. I really am. I'm very trusting. I try to like everybody. I try to be kind to everybody. But I really thought I could take a committee, bring them together, and do a report, and I was wrong," he said.

"I should have done it illegally, like everybody else did. Put them in a room -- about four people I really wanted to work with -- and came up with a report, and just presented it to them. Never let them see it. That's what happened before -- always. I wanted to be transparent."

The report recommends how state funding should be spent by districts and whether there should be any increase to ensure an equitable and adequate education for the state's 476,000 public school students, regardless of what district they are in.

Today is the deadline set in law for sending the report to the governor, the president pro tempore of the Senate and the speaker of the House of Representatives.

It is required because of laws passed in the aftermath of a series of Arkansas Supreme Court decisions on educating children in kindergarten through 12th grade. It's also a major factor in the governor's proposed budget. The state general revenue budget for the current fiscal year, 2017, is $5.33 billion, so education funding accounts for more than half of it. Gov. Asa Hutchinson said that if no report is forthcoming, he'll consider the "findings and deliberations" of the committees in making his proposal.

The committees have discussed aspects of the educational adequacy report in committee meetings and in public work sessions over the past several months. The Legislature is supposed to consider the report when it begins meeting in January in regular session.

The most debated topics during the meetings were the total dollars allocated per student -- currently $6,646 -- and a recommendation the committee approved to increase funding by $20 million to the "catastrophic fund" -- a program that reimburses schools for educating students with severe disabilities.

On Thursday, the House and Senate Education committees voted separately on a recommendation to increase funding per student by $74 to $6,720 -- about a 1.11 percent increase -- while striking the special-education funding recommendation.

Cozart said the plan would have increased state spending by roughly $45 million next fiscal year.

On the Senate side, the vote was 4-2 in favor of the motion. There are eight senators on the committee -- five Republicans and three Democrats.

On the House side, the vote was 7-7. There are 18 representatives on the committee -- eight Republicans, nine Democrats and one independent.

Both votes were along party lines, with Republicans supporting and Democrats opposing the report. A majority of those on each committee are required to pass a motion.

Cozart said discussions broke down Monday between Republicans and Democrats over the report -- some talks occurring in a three-hour recess in the middle of the meeting.

"They wanted double what we had on there," Cozart said of the Democrats. "We tried to negotiate and we came a little ways but they just wouldn't give. It was a party line deal."

He said he did not believe that special-education funding was a major holdup but said education groups emphasized reports about teacher salaries slipping and the need to raise them.

"That got blown out of the water from the [Arkansas Association of Educational Administrators] and the School Boards Association," Cozart said. "That's what drove this today, was all the emails everybody got, wanting 2 percent, 2.5 percent" increases.

"I don't know whether people wanted more or what, but they didn't step up and say what those new recommendations were," she said.

The special-education funding was a part of Democrats' hesitation, but "I think there was just some real concern of whether the rising cost of living was really being adjusted," Gray said.

"We've heard a lot of feedback from out in the communities -- from teachers, from parents -- to make sure schools are adequately funded. I just think everybody wanted to make sure that's what we're doing."

"I think we all had, collectively, some different priorities," he said.

Neither Cozart nor Gray said they know what the next step is. Cozart said the report has been late in the past, but it would be unprecedented for the committee to fail to approve one.

There was talk by Cozart and Gray of of leaving the funding decision up to the governor, but both said they were unclear of the legal implications.

Hutchinson is required, by law, to present his budget on Nov. 9, the day after the Nov. 8 general election. The governor's budget is supposed to include the education committees' recommended budget for schools.

In a statement, the governor said he was committed to a "thorough review of educational adequacy needs. Continued improvements in education are essential for our state to grow economically and to assure the greatest opportunity for the next generation."

He continued: "If the Legislature fails to reach a consensus vote on adequacy then the legislative findings and deliberations will be fully considered as I develop the budget for the next biennium."

While committee members have been working on a blueprint for education funding, Hutchinson has called for an income tax cut for Arkansans. He has said he believes the state can support a $50 million a year cut on top of what was approved in the 2015 regular legislative session.

For every $2 more per student the state provides, the total state budget increases by almost $1 million.

The state ranks No. 31 in the nation for per-student funding. On average, Arkansas spent $9,538 per student in the 2012-13 school year, according to the draft educational adequacy report. That number includes contributions from federal, state and local governments.

Rep. Uvalde Lindsey, D-Fayetteville, who weeks ago made the motion to include the special-education funding in the report, said he would lobby the governor to include it if the committee fails to approve a report.

"Special-education funding was the only thing approved by a vote of this adequacy committee," he said. "The only item that was approved."

House Speaker Jeremy Gillam, R-Judsonia, had called for a vote to expunge the special-education funding increase. He said the Oct. 3 meeting where the recommendation was approved was poorly attended and not everyone understood what they were voting on.

Lindsey said that, altogether, the draft educational adequacy report presented by Cozart would have recommended millions of dollars in increases for salaries, facilities, operations and other school needs.

"All we had to do was pass this matrix and include special-education money," he said. "We would have been fine."

He called the hang-up "shortsighted."

But the committee's inability to pass a funding plan was not of immediate concern to Rep. Nate Bell, an independent from Mena, who said there was still more time for lawmakers to reach an agreement.

"The only thing that really matters is what happens in the session," Bell said. "There's consensus among the body with what needs to happen. Unfortunately, they just weren't in seats today."

Like Cozart, Bell blamed outside groups for the stalemate.

"Somebody put a lot of false information out to people in the education community," Bell said. "That had an effect on our ability to negotiate."