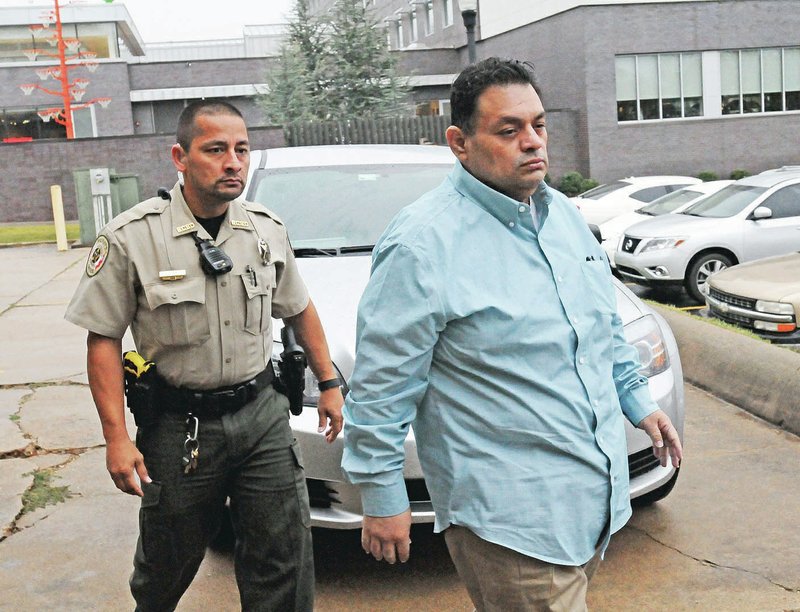 BENTONVILLE — A 6-year-old boy's sister described in court Thursday the abuse the boy endured before his death.

Mauricio Torres, 45, of Bella Vista is charged with capital murder and battery in the first degree. Prosecutors will seek the death penalty.

The girl, 9, testified Wednesday morning at the murder trial for Mauricio Torres, the man she sometimes referred to as “Maurice” or “her old dad.”

She said she saw her brother naked with his hands and feet tied in the bathroom. He had been punished for eating cake, the girl said.

The girl said later that day her brother was not working outside and her father took him inside the camper.

The door to the camper was slightly opened when she saw him use the stick on her brother, the girl said. Torres told police he first placed a stick in his son's rectum about a month before the boy died.

According to the girl, she saw her father spank her brother numerous times with a stick. Her mother spanked him with a sandal, the girl said.

She had also seen her father use a cable to hit her brother.

The girl said Torres said her brother was forced to sleep in a cage to keep him from going anywhere or to get food. Her brother also had to take naps in the cage and once had to spend the night in a large trash can in their bathroom.

The girl also described Isaiah being forced to eat feces and drink urine.

She also testified that she saw either her mother or father pour bleach on her brother causing chemical burns and he was treated at Arkansas Children’s Hospital in Little Rock.

When questioned by Bill James, one of Mauricio Torres’ attorney, that she believes it was her mother that poured bleach on Isaiah.

Cathy Torres, 44, is charged with capital murder and battery in the first degree. Her trial is scheduled for May 2017.