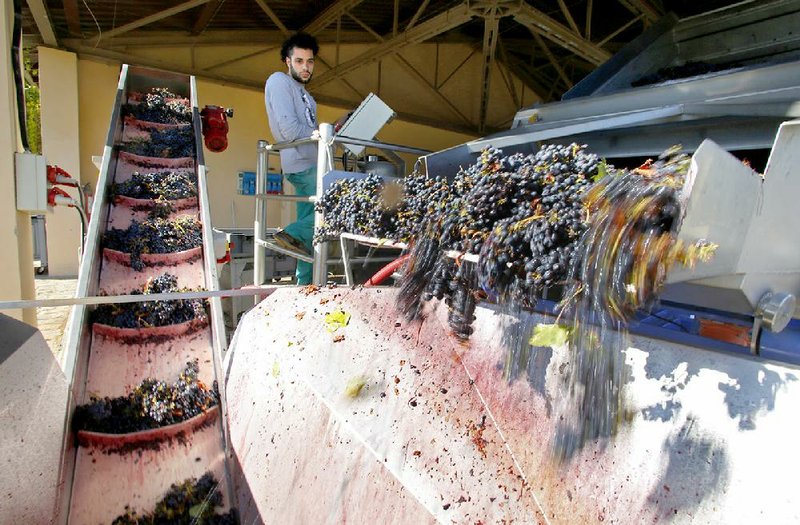 Italian wines for centuries have evoked peasants with wicker baskets collecting grapes and barefoot villagers trampling the harvest. But the industry's little secret is that winemaking is quietly becoming mechanized, even in areas like the Tuscan hills of Chiantishire. 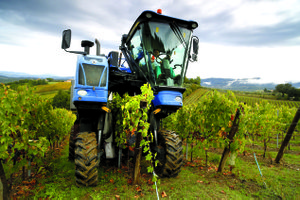 At Marchesi Antinori, home of the "Super Tuscan" Tignanello and Solaia wines that sell for $95 to $225 a bottle, giant grape harvesters are roaring across the vineyards for its mass-market wines. The boss says mechanical picking is now mandatory for its best-seller Santa Cristina brand and other entry-level products, which account for more than 50 percent of its production of more than 20 million bottles a year. While that's happened downmarket, it's unlikely for its most famous cellars.

"Winemaking is like the car industry: for mass products automation is necessary, while for luxury products, like a Ferrari sports car or a bottle of Tignanello, craftsmanship and handmade touches still play a decisive role," Renzo Cotarella, chief executive at Antinori, said in an interview at Antinori's futuristic headquarters carved into the hills. "The quality of mechanical harvest is very similar to the by-hand one, it's more a cultural barrier to overcome."

Controlling more than 50 percent of the niche wine-machination market is CNH Industrial, which was spun off from carmaker Fiat in 2011. Its New Holland Braud unit sells more than 400 grape harvesters every year, which start at about $220,000 and generate profit margins similar to an entry-level Ferrari sports car, said Carlo Lambro, president of the New Holland Agriculture brand.

It's a small bright spot in an agricultural machinery industry suffering from a downturn in commodity prices.

Grape harvesters were introduced in France and the U.S. in the 1960s, and Braud built its first self-propelled grape harvester in 1975 in France, which remains by far its biggest European market. With skeptical farmers and difficult terrain, Italians have been slow to embrace the machines. At last count, in 2012, they owned about 2,600 harvesters, compared with 23,000 in France, according to research by Bologna University.

"We are facing a good year for grape harvesters, and we expect this positive momentum to continue," Lambro said in an interview at the Marchesi Antinori winery in the Chianti area. "Automation will keep on spreading."

Lambro said CNH Industrial has profit margins around 20 percent on the harvesters, without elaborating. CNHI is controlled by the Italian billionaire Agnelli family, which is also Fiat Chrysler's and Ferrari's biggest shareholder via its Exor SpA holding.

Tractors immensely increase production. It takes two hours for a machine to harvest about 2.5 acres, compared with about 60 hours when done by hand.

"For the upscale wines, we keep on doing it manually so we can select which grapes to harvest," said Stefano Carpaneto, director of Tenuta Tignanello. "And there are some vineyards which can't simply be done by a machine." The company employs locals in the vineyards all year round, "and we simply can't tell them that they won't harvest the fruit because a machine can do it."