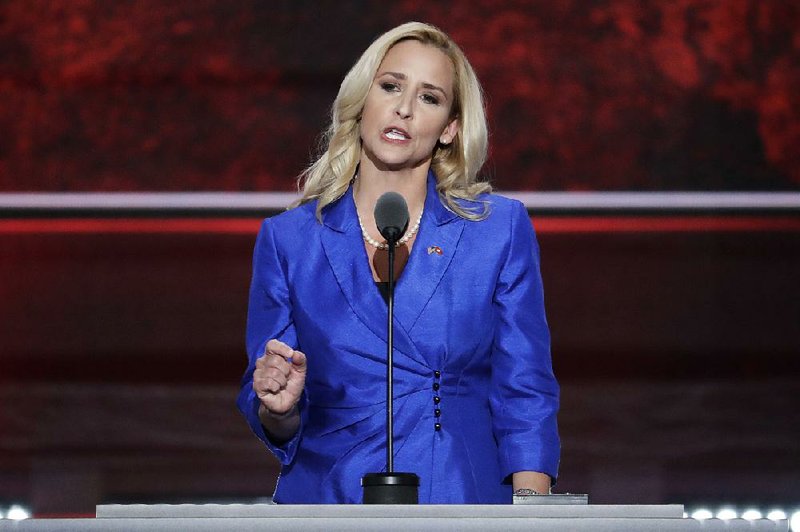 Arkansas Attorney General Leslie Rutledge was in New York City on Thursday for meetings at President-elect Donald Trump's Fifth Avenue skyscraper, according to a spokesman.

Judd Deere, a spokesman for the attorney general's office, tweeted pictures of Rutledge speaking to reporters at Trump Tower and standing next to Kellyanne Conway, Trump's former campaign manager.

In a text message, Deere did not say whether Rutledge met personally with the president-elect.

Rutledge, a Republican, appeared on several television talk shows during the general election campaign to support Trump. In addition to touting Trump's claims that he would bring jobs to the U.S., Rutledge accused his opponent, Democrat Hillary Clinton, of attempting to discredit women who accused her husband, former President Bill Clinton, of sexual assault while he was governor of Arkansas.

Rutledge also gave a speech at the Republican National Convention in Cleveland.