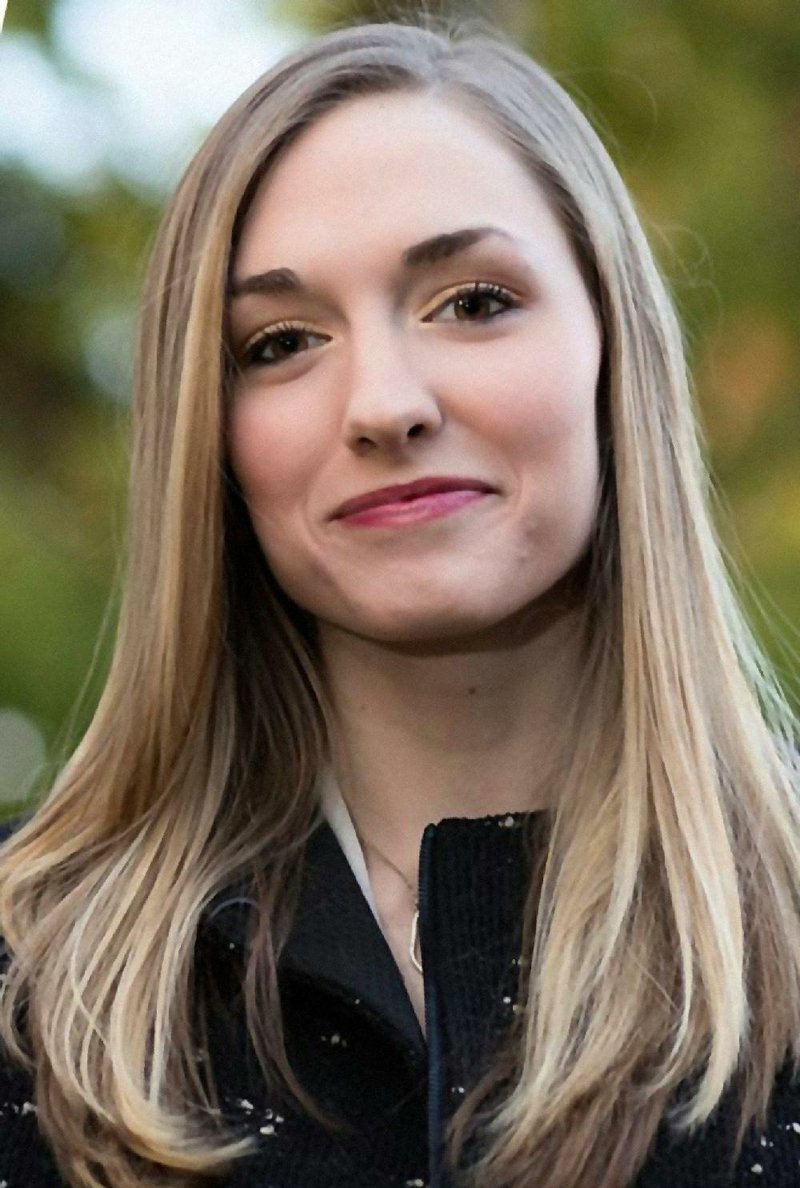 Lauren Jackson is among 32 Rhodes Scholars for 2017 nationwide

Lauren C. Jackson, a 2013 graduate of Pulaski Academy in Little Rock and a senior at the University of Virginia, is one of 32 American students to be named last weekend as a 2017 Rhodes Scholar to the University of Oxford in England.

The scholarship, which covers expenses for two or more years of postgraduate study at the storied campus, is considered one of the world's oldest and most prestigious fellowship programs. Scholars are selected based on their academic prowess, their commitment to the common good and their potential for leadership in their fields.

Jackson, 21, is completing a bachelor's degree in political and social thought this year at the University of Virginia. Her plans for Oxford are to pursue master's degrees in both global governance and diplomacy, and refugee and forced migration studies.

She said Monday that as she went through college she was aware of the Rhodes scholarship program and even had friends who were recipients but never thought she would qualify for it.

"I just did the things I cared about and pursued a lot of different opportunities," Jackson said. "It wasn't until earlier this year that someone pushed me to apply. I never thought I would even be a finalist, but I really threw myself into the process. I was so shocked when they announced my name. It was really overwhelming."

She said she didn't think her chances were great after getting to know the other "phenomenal" finalists she met in the selection process.

"I'm just so grateful to everyone," she added.

Jackson's interest is in the intersection of media and humanitarian policy. She has worked for CNN, the International Rescue Committee, National Geographic and the United Nations Office for the Coordination of Humanitarian Affairs, according to her biography on the Rhodes Trust website.

"I have worked in both journalism and humanitarianism and I have identified significant gaps in efforts to accurately report on and raise awareness for human suffering in conflict zones," Jackson said in a University of Virginia news release about her award. "In a resource-scarce media environment, I want to understand how humanitarians working in conflict zones can facilitate better foreign correspondence to more accurately shape public opinion and international policy in the United States and the United Kingdom."

Jackson is planning a career in journalism, in what she anticipates will be a confluence of print, digital and broadcast news production. She would like to kick-start that by freelancing for bureaus in London and then move into coverage of international diplomacy and humanitarian policy.

"I would then like to make a lateral jump over to public policy and humanitarian policy, which is what some women I worked with at the United Nations have done," Jackson said, citing as examples correspondents for organizations such as the BBC and The Guardian who later left their news organizations to become humanitarian advocates.

Jackson called Samantha Power, who is the U.S. Ambassador to the United Nations and a former war correspondent, an inspirational role model.

She also said three of her teachers at Pulaski Academy -- Cheryl Watts, Bill Topich and Ginger Kidd -- were early mentors to her and piqued her interests in academia, writing and international relations.

Jackson was the recipient of a full merit scholarship to the University of Virginia and a $20,000 Jefferson Public Citizens research grant to study post-traumatic stress syndrome in post-genocidal Rwanda.

While a student at the University of Virginia, Jackson was president of the Latter-Day Saint Student Association; an opinion and lifestyle columnist for the Cavalier Daily; creative director for V Magazine; an anchor on student-run radio station WUVA; and a member of Pi Beta Phi.

Michael Joseph Smith, the Thomas C. Sorensen Professor and director of the program in political and social thought, described Jackson in a University of Virginia news announcement as a "young woman of prodigious intelligence and talent, possessed of entrepreneurial drive that she somehow combines with a striking graciousness that is well beyond her years."

"She stands out as among the very best students whom I taught during the past 35 years," Smith said. "Her goal to pursue the study of the world's response to humanitarian emergencies grows out of a demonstrated record of academic accomplishment and commitment to help others."

Jackson is the daughter of Jan and Jeffery Jackson. Her mother is an employee at Pulaski Academy's Lower School and her father is a financial officer for Jason International Inc.

Jackson was born in California and moved to Arkansas in late 2003. She attended Baker Elementary School in the Pulaski County Special School District in third through fifth grades before enrolling at Pulaski Academy.

Other Arkansans who became Rhodes Scholars in recent years include Rhett Martin of the University of Central Arkansas (2002), Ben Goodwin from Hendrix College (2001) and Anna Terry from the University of Arkansas at Fayetteville (2001).

Information for this article was contributed by Jake Sandlin of the Arkansas Democrat-Gazette and Austin Cannon of Arkansas Online.