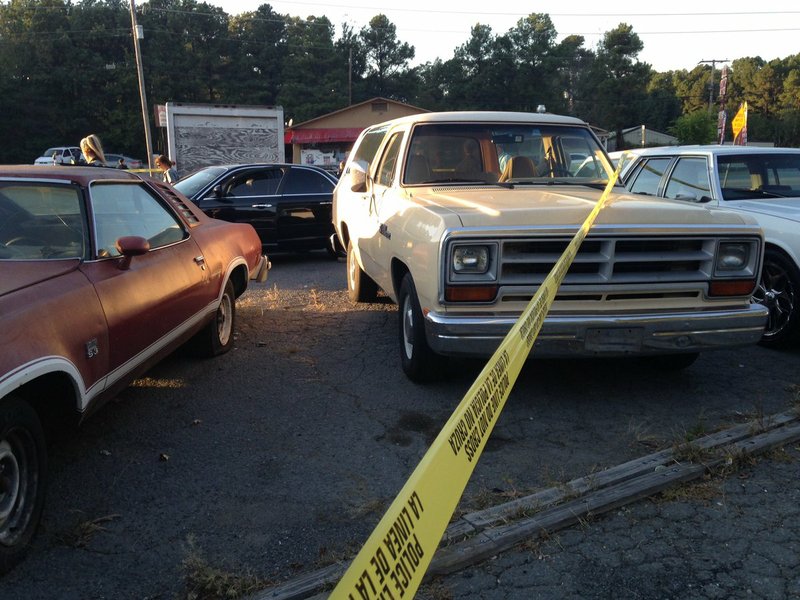 Officers were dispatched at 4:38 p.m. to Dr. Detail, 7101 Colonel Glenn Road, for a report of a shooting that had just occurred, said officer Richard Hilgeman, spokesman for the department.

When officers arrived, they found a male victim shot multiple times, Hilgeman said. The victim was pronounced dead at the scene, he said.

A person of interest was identified and taken to the 12th Street Substation for questioning, Hilgeman said.

Investigators believe there was a disturbance between the victim and the person of interest that led up to the shooting, he said. Hilgeman said more people could have been involved as well.

Hilgeman did not identify the victim or the person of interest Monday. Hilgeman said he was not sure whether the shooting occurred inside or outside of the business. Members of the crime scene unit were seen taking photos inside the building Monday afternoon.

The slaying is the city's 29th homicide of the year.