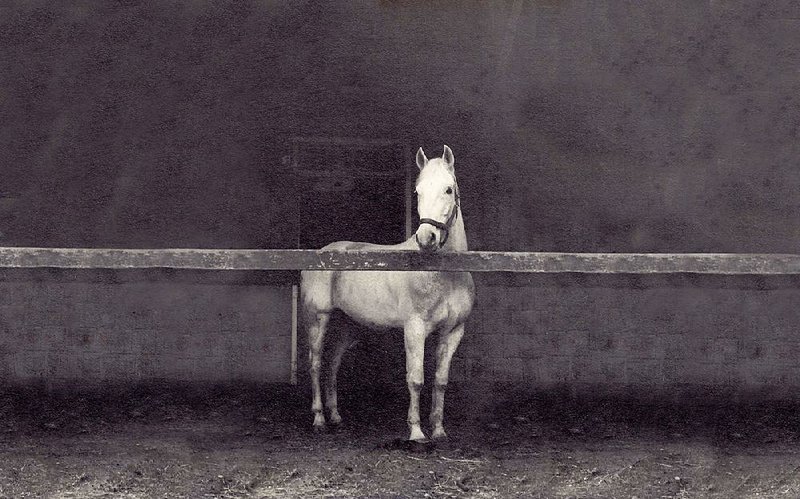 The legendary show jumper Snowman started life as an Amish plow horse and was bound for the slaughterhouse when he was rescued by an immigrant riding instructor. This unlikely underdog story is recounted in Ron Davis’ documentary Harry & Snowman.

Home movies, archived footage and soft-focus photographs from the 1950s and '60s capture an appealing story that might otherwise have faded from memory: At the end of World War II a riding instructor named Harry DeLeyer rescues a sorry-looking 8-year-old Amish farm horse from a bound-for-the-slaughterhouse truck and transforms him into a world champion show jumper. 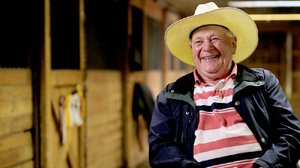 Harry DeLeyer, a Dutch immigrant working as a riding instructor at a tony private school on Long Island, bought what turned out to be history’s greatest show jumper for $80 at auction. 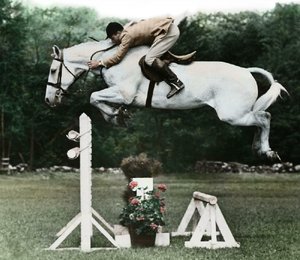 Beginning with a spectacular win at the 1958 National Horse Show, show jumper Snowman dominated the circuit for five years. The life of this remarkable animal and his owner are the basis of the documentary Harry & Snowman.

Horatio Alger-style documentaries aren't hard to come by, but Harry & Snowman is a film that elevates the theory that success comes from hard work, determination, and courage to a seemingly more noble level. Snowman probably didn't have any goals in mind when he started exhibiting talent at leaping over fences. He just liked to do it.

Harry, a Dutch immigrant employed as a riding instructor at uppity Knox School in Long Island, saw something in this good-natured gelding -- bought for $80 with the idea of serving as a schooling horse for the Knox students -- that gave them both the confidence to compete first in small regional shows then work their way up to a stage that pitted them against highly bred and well-trained hunter-jumpers (and their equally well-born riders).

Against all odds the pair climbed the show-jumper ladder to win the 1958 National Horse Show at Madison Square Garden, a prestigious prize that came along with a heady dose of fame, including the formation of the horse's fan club and celebrity appearances on TV's Dick Cavett, The Tonight Show Starring Johnny Carson and To Tell the Truth.

Snowman remained at the top of his game for five spectacular years. Despite a purchase offer of $100,000, the horse and his trainer remained together, fast friends through Snowman's retirement to a luxe life of leisure until his death in 1974.

Director Ron Davis knows a good story when he finds it and lets the principal players shine in the spotlight. There's little attempt to embellish or elaborate on the premise of the film, which is spare and simple yet just strong enough to stand on its own.

Somewhat neglected along the way were Harry's eight children, skilled equestrians (whether they wanted to be or not) and his wife, resulting in an end to the marriage after a riding accident left a daughter in a coma for six weeks. But the film isn't about them. It's about Harry -- proud, hardworking, self-possessed, driven and highly competitive -- and the unlikely four-legged participant and partner in what turned out to be a remarkable life for each of them.