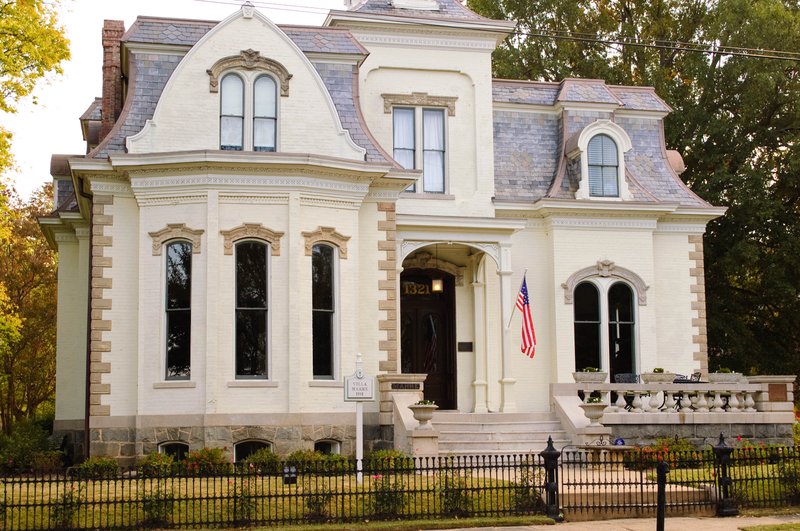 The Villa Marre at 1404 Scott St. in Little Rock, which was used for exterior shots in the show "Designing Women." (Arkansas Democrat-Gazette file photo)

The Villa Marre, a downtown Little Rock home whose exterior was prominently featured on the television sitcom Designing Women, is on the market.

Real estate agent Tony Curtis is selling the 4,847-square-foot property at 1321 S. Scott St. on behalf of RWL Investments with a list price of $950,000. Also being sold with the "Sugarbaker House" is a 2,247-square-foot carriage house with three rental units.

Curtis said the Villa Marre has 4 bedrooms, 1.5 bathrooms, 2 parlors, a library, kitchen and formal dining room. It also has a basement that is not included in the listed square footage.

The property is being used as an event space. Ensuring events already scheduled for the venue will still be held will be part of the sale contract, Curtis said.