Rep's Spamalot all dressed up with touring sets, costumes 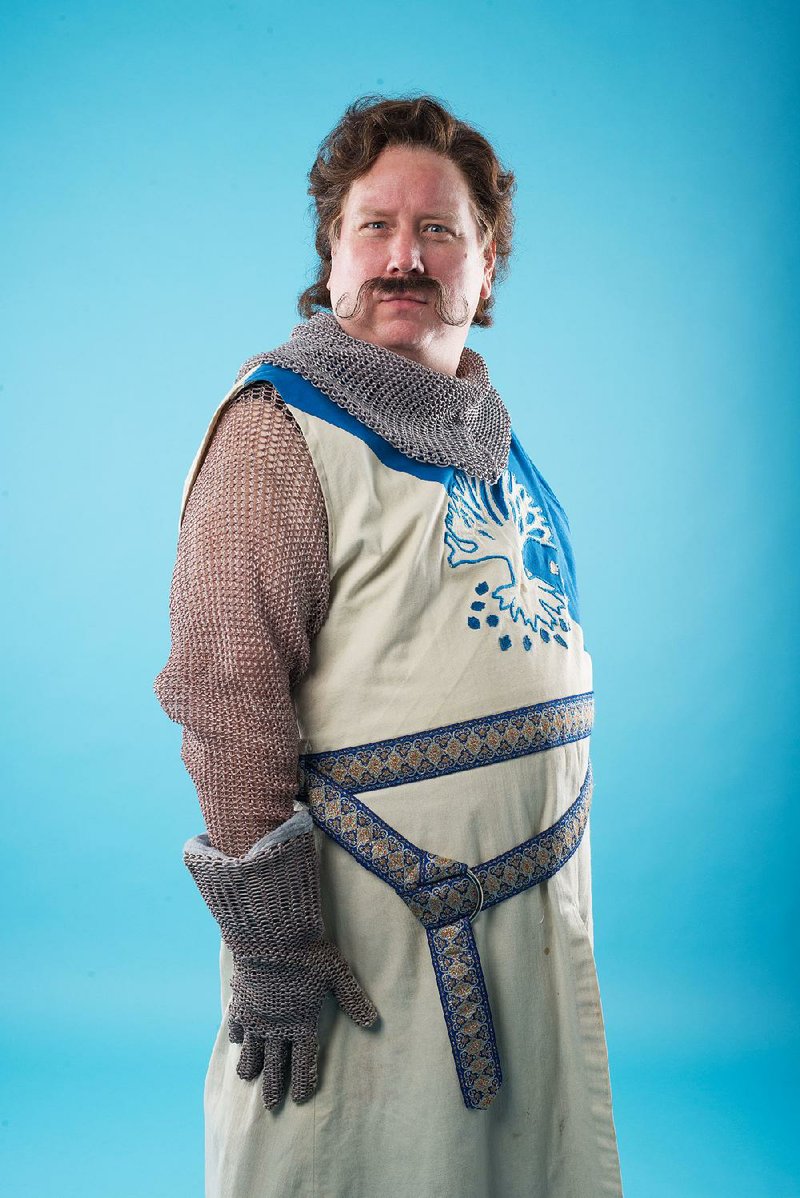 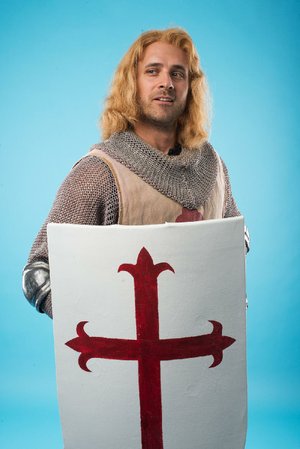 With a few retoolings, refurbishings and supplementals, the Rep is renting the entire production -- sets, costumes and props (including broadswords, a killer rabbit, the Holy Hand Grenade of Antioch, a cow that gets tossed from the top of a French castle and assorted coconuts) -- that was used for the national tour, which closed at the end of April 2013, a couple of weeks after a two-day visit to Little Rock's Robinson Center Music Hall.

So that's why Mike Nichols, the Rep's resident set designer, bears the title "technical director" for this show.

"It's a smart move," says director Melissa Rain Anderson. "It's a humongous show, impossible to build on short notice."

Anderson knows from humongous shows. She directed the enormous and unanimously acclaimed production of Disney's The Little Mermaid at the Rep last season, and she has directed this show before, at the Geva Theater Center in Rochester, N.Y.

"It's a complicated piece, and it's lucky that I've unpacked it before," she adds.

The Rep cast features three veterans of that production -- Mike DiSalvo, who plays the fearless-to-a-frequently-bloody-fault Sir Lancelot (also playing the French taunter); Adam Pellegrine, a member of the ensemble, the show's dance and fight captain and as the elusive Sir Not Appearing in this Show; and Jacob Hoffman, who plays the "transitional" Prince Herbert and a stuffy historian.

The rest of the cast: James Lloyd Reynolds as Arthur, King of the Britons; Carolann M. Sanita as the uber-diva Lady of the Lake; Ben Liebert, who played Scuttle in The Little Mermaid, as Patsy, King Arthur's coconut-clopping horse and servant; Adam Kemmerer as Sir Dennis Galahad, the Black Knight and Prince Herbert's frustrated father; Darryl Winslow as the pompous, portly Sir Bedevere (with doubles as Lancelot's valiant horse, Concorde, and Dennis' Mother); and Erik Keiser as "brave, brave" Sir Robin.

"I think this is the best cast of Spamalot that has ever been," Anderson enthuses, praising her players as "a tight group of comedians."

The stage musical follows the plotline of the movie Monty Python and the Holy Grail, which Monty Python member Eric Idle has "lovingly ripped off" to create the musical, with a moat-ful of silly songs (music and lyrics by Idle and John Du Prez), plus a few insertions from other Python films, their BBC TV show and even a number or two that might have migrated from a Mel Brooks show. (The coconuts, by the way, reproduce the sound of a galloping horse. Their "migration" is the source of a very comic bit early in the proceedings.)

Pellegrine says it's an advantage to have done the show before, but it's still a matter of learning through the process each time: "Even though the words are the same, a lot depends on the hands of the people you put them in."

Kemmerer adds, "You just get into it, walk into the comedy, be open to everything on the page, open yourself up to it and go for the ride."

Winslow has worked with Anderson onstage as an actor, but this is his first experience with her as a director. He says the production has been "full of brand new experiences -- knighthood, drag, playing a horse" and a scene they've dubbed "Coconanigans," with practically the entire cast clonking coconuts as they ride across the landscape.

Having the sets, props and costumes from the beginning, Anderson says, has been a huge boon in terms of developing stamina, knowing which scene involves which costume pieces and being able to use the actual props in choreographing the big dance numbers.

That's particularly important in a show in which a handful of actors play multiple parts. "If they're offstage, they're changing clothes," she says. Speaking of changing clothes, the production will employ six dressers to speed the process.

And it means that when the show reaches the technical phase, the actors can concentrate on that and not have to wonder, "Where am I? What costume am I in?"

The Clinton School of Public Service, 1200 President Clinton Ave., Little Rock, will host a panel discussion with Rep founder and Interim Producing Artistic Director Cliff Baker and members of the cast and creative team at noon today in the school's Sturgis Hall. Admission is free; to reserve seats, call (501) 683-5239 or email publicprograms@clintonschool.uasys.edu.