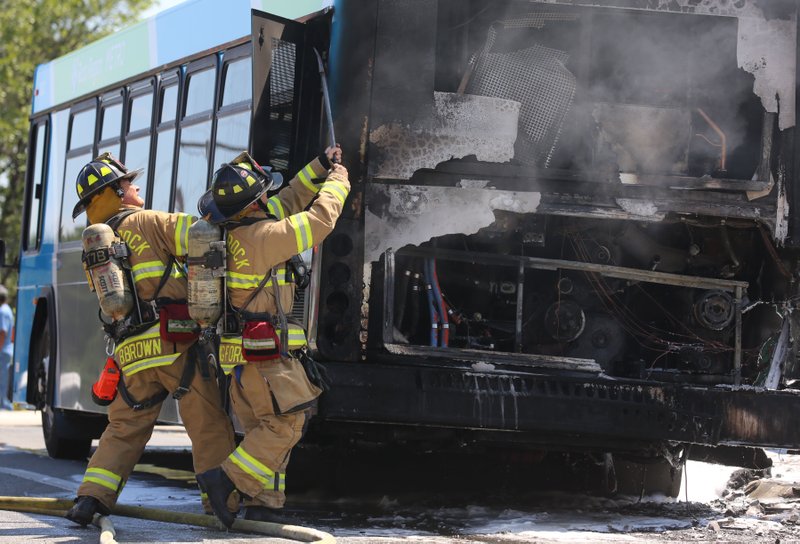 The Little Rock Fire Department is responding to a fire involving a Rock Region Metro bus, according to a spokesman.

Fire department Capt. Jason Weaver said a call of a fire in the back of a public transportation bus on Midtown Avenue, just south of Target in the Park Avenue shopping center, came around 12:05 p.m.

Weaver said firefighters continued to douse the fire as of around 1:15 p.m.

An Arkansas Democrat-Gazette photographer at the scene said the bus was picking up passengers from the Doctors Building bus stop when the bus's engine started smoking. The bus driver attempted to subdue the smoke with a fire extinguisher, but a blaze soon broke out.

One female patient, who complained of respiratory complications because of possible smoke inhalation, will be evaluated by Metropolitan Emergency Medical Services, Weaver said. At that point, first responders will determine whether she needs further evaluation at a local hospital.

It was not immediately clear Friday afternoon whether that person was on the bus at the time of the fire.

Weaver said the cause of the fire had not been determined, pending an investigation by the fire marshal.

Additional information regarding the number of people on the Rock Region bus at the time was not available.

Check back with Arkansas Online for updates on this developing story.