Violence on the level: We categorize movie violence by director and the amount of blood a film lets flow 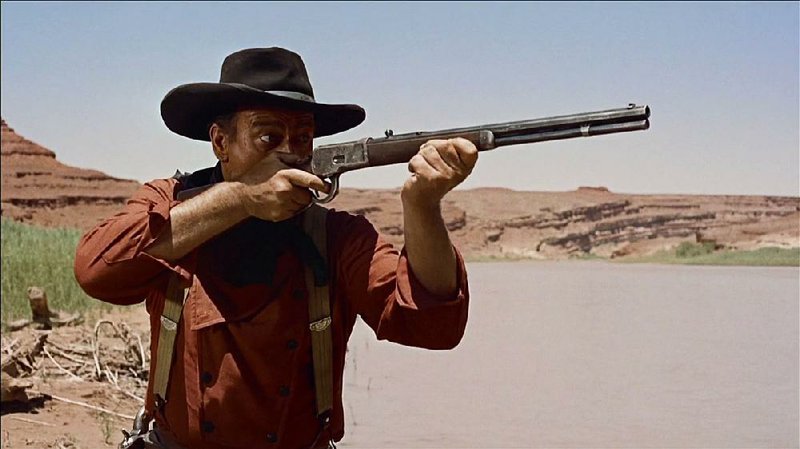 John Wayne in The Searchers 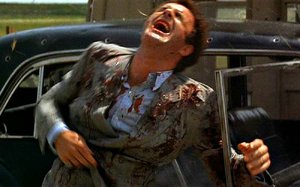 The death of Sonny Corleone from The Godfather 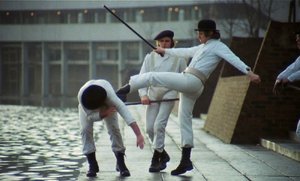 Malcolm McDowell disciplines a Drooge in A Clockwork Orange 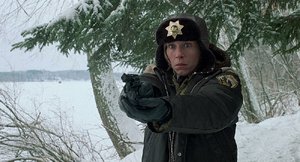 At first, the censors were more equally restrictive of the two offensive elements, as such diverse films as Last Tango in Paris (sex), Midnight Cowboy (sex and seediness), and A Clockwork Orange (sex, ultraviolence, and startling Kubrickian miseen scene) each earned their X rating -- and it must be noted that the designation didn't hurt either the film's critical standing (Cowboy actually won best picture in 1970), or its box-office appeal -- but by the time the MPAA unveiled the NC-17 rating (essentially because they needed a new designation for Henry & June), the X was used almost exclusively for porn, and violence was ... a good deal less regulated.

It's no breaking news that Americans are far more comfortable with violent imagery than the sexual variety (perhaps the opposite of Europe). For whatever reason -- holdover puritanism, parental morality, our oddly prudish nature when it comes to procreative acts -- it's far easier for a filmmaker in this country to present ultragraphic violence than passionate sensuality. One could make the (admittedly flimsy) case that American directors are by and large better equipped for the former than the latter: Imagine a chef who is asked to make hamburgers all day instead of a souffle. Whatever the reason, we have quite a smorgasbord of cinematic artists who paint their canvas in blood and entrails.

In fact, there are so many films that deal in/with violence, we can break out a handy hierarchy chart. Here's a shortlist of levels, with the directors (many of whom are American) who typify each category.

Description: Just to give us a baseline, here's violence that you could show a 4-year-old; think old-time Westerns where the black hat would get shot, clutch his bloodless chest and fall off the balcony of the saloon, or thrillers where the spy is killed via poison dart.

Examples: The Searchers, North by Northwest, The Princess Bride, The Bridge Over the River Kwai

Effect: Death and mayhem as convenient and frictionless as a mild summer day; if you notice it at all, it's because of what it means to the hero protagonist, not because of any particular effect on you.

Description: Here you might find a bleeding mouth or two, bruises; when bullets hit their targets, there is visible blood spreading under their shirts; a particularly evil villain might suggest something of a violently devious imagination.

Effect: You notice that characters are actually losing blood en route to their narrative outcomes, in some cases this can be troubling, but only in as much as it might imperil the protagonists.

Description: Blood and intention are definitely on the menu by this point. You can expect serious beatings, bruises and blood squibs, although the worst of it is most likely to be implied (say a foot sticking out of a wood chipper) than displayed.

Examples: Fargo, The Limey, Do the Right Thing, Brazil

Effect: Scenes can take on a kind of violent weight to them, you can expect to feel more afflicted by the imagery, although it might not yet be at a gruesomely visceral level. It might be a bit troubling, but you can probably still go out to dinner for a nice Bolognese afterward.

Description: Now, we're getting into it. At this level, violence is sewn into the very fabric of the film, with as much a role as any of the lead actors. It sets the tone for the serious nature of the film, and ensures the fact that you won't be able to turn away from the proceedings.

Examples: Ride With the Devil, The Godfather, For a Few Dollars More, Memento, Jaws (you knew that was coming), Deliverance

Effect: Unless you've been desensitized by violent imagery, these scenes may reverberate for a while. In certain cases, they remain some of the most memorable parts of the film, the thing by which everyone forever associates with them ("Squeal like a pig," et al.)

Description: Not for the squeamish, this stage is for people who don't mind confronting the nightmarish reality of our capacity for incredible savagery. Films at this level utilize violence as a way to consistently shock and unbalance the viewer.

Effect: Unbalanced you likely will be. This category of films is not to be taken lightly, as the movies aren't as outrageous as silly gore-fests. They demand to be taken seriously, which means you will likely be revisiting some of what you have seen later that night, huddled in bed.

Description: Often over-the-top in a vaguely comedic way (think The Evil Dead II), this level of violence tends to be a good deal of the point of the given film. At this level, limbs are severed, heads explode, blood is everywhere, and gristle is just around the corner of any scene.

Effect: For those films whose point is black comedy, you might be spared further misery, but the films that fully intend to disturb you shall likely do so. Many friends of mine completely loathe Clockwork because of its extremism, but of course, they are missing the point entirely. Expect heated exchanges on the topic of what is and is not constructively disconcerting.

Description: This is where you want to go if dismemberment, torture and shockingly realistic portrayals of ultra-violence are how you connect to the world around you. No judgment, but if this is your thing, you may want to investigate that a bit.

Examples: Hostel, Irreversible, The Passion of the Christ, Only God Forgives, Blood Feast, I Spit on Your Grave, Inside

Effect: For the hardest of the hardcore only, these films exist to scratch the lizard-brain itch that pleasant society would like to think is quite totally submerged. Not that all these films are without value -- artistic, and/or as social commentary -- but so subsumed by their cadaverous intent are they, a great number of people wouldn't be able to sit through the gore to get to it. Note that these films are generally not for laughs. Instead, they exist to provoke us into seeing the very worst of the human consciousness at work. If you aren't disturbed by them -- at least to the point of wanting to examine your reactions afterward -- you might need to go into violence detox. Go and sit by a stream for a bit and feel the sunshine on your face. Stay there until your desire to hack, saw and shoot is reduced to a low simmer.

Print Headline: Violence on the level: From Painless to Geyser, we categorize movie violence by director and the amount of blood a film lets flow