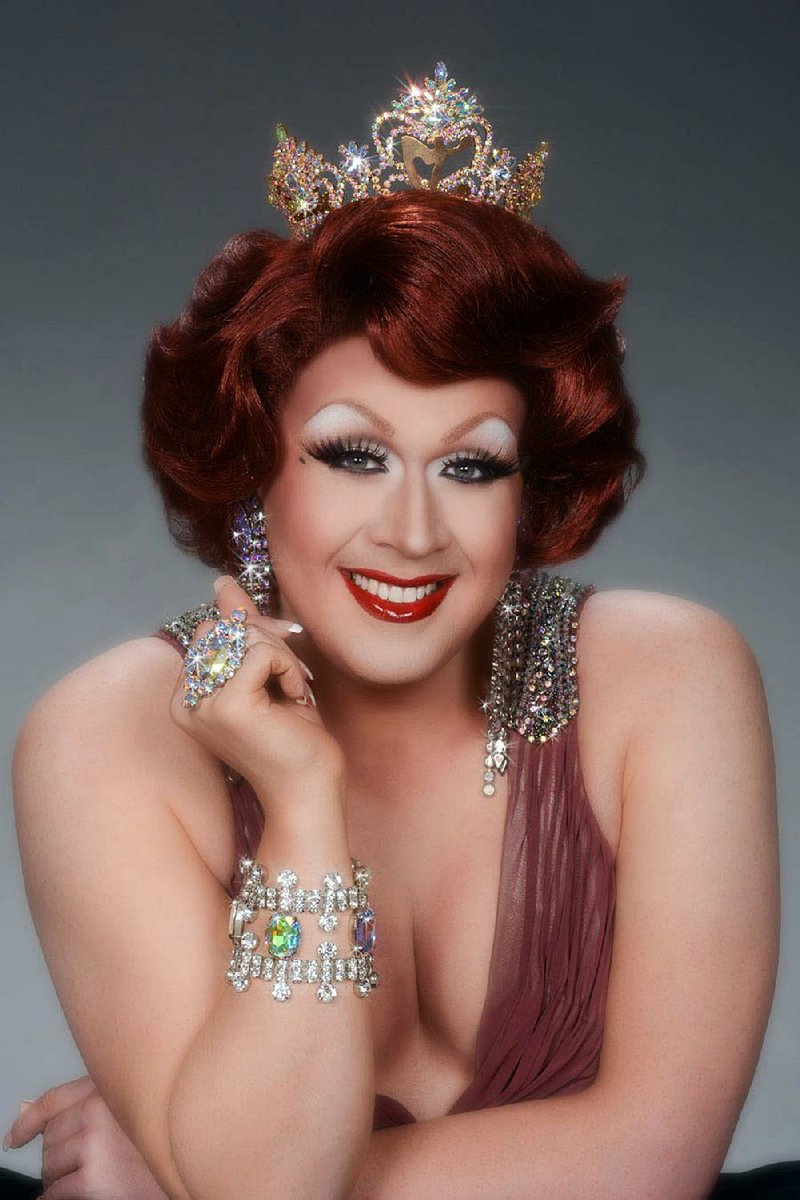 Eden Alive, the 2015 Miss Gay Arkansas America, will give up the title this weekend, when the 2016 winner will be crowned.

Also, the pageant will be live-streamed on YouTube, at a cost of $10 per night via this link, http://www.missgayarkansas.com/media.

Yep. In 1972, Arkansas' Norman Jones, as Norma Kristie, was crowned the inaugural Miss Gay America at the Watch Your Hat & Coat Saloon in Nashville, Tenn.

On Friday and Saturday, at Little Rock clubs Discovery and Triniti, both owned by Jones, female impersonators from across the state and their fans will gather for this year's Miss Gay Arkansas America competition to see who will reign for the next year and compete for the national title.

"What we have is something very different from other places," says 28-year-old Coty Lollar of Little Rock who, as the wonderfully named Eden Alive, reigns as Miss Gay Arkansas America. "We have a really rich history in this community. ... I'm excited that Norman is becoming the focal point of this year and people are giving him the honor and respect he deserves. He comes from a day when they were literally risking their lives going out in drag."

Jones, now 70, recalls the first pageant in Arkansas, which started in 1971 with his friends at a Hot Springs nightspot called the Royal Lions Club.

"We were just going to do it for the fun of it," he says. "The thing back then was to do little contests."

As Norma Lou, Jones was runner-up at that first event, but after problems arose with the winner from Little Rock, he was asked to represent the state at the national pageant in Nashville, which he did as Norma Kristie.

His life was never the same.

"Everything changed for me. I started traveling places and I was the only impersonator in the country that had a national crown. Wherever the Miss Gay America promoter would send you, you'd go."

Jones would eventually own and run the national pageant from 1975 to 2005, and detailed his life, friends, the pageant, contestants and his battles with angry protesters (including the Ku Klux Klan and church groups) in his colorful 2014 book My Life, My Pageant, My Crown.

"Honestly, it's been the greatest year of my life and also the hardest," he says. "Once you are put on any kind of a pedestal, there are good and bad things that come with that ... but I would definitely say the good has outweighed the negative for me because I've learned so much about myself this year. I've grown tremendously as an entertainer and have learned a lot about myself as an artist."

This year's winner will haul their makeup, heels, wigs, gowns and other accoutrements to Memphis for the Miss Gay America pageant, Oct. 5-9.

Not all 50 states are represented, Jones says.

"Who can hold a Miss Gay Utah pageant?" he asks with a laugh. "Or a Miss Gay Montana?"

The pageant is made up of competitions in categories including Solo Talent (without props or backup dancers), Evening Gown, On-Stage Interview, Male Interview and Talent (fully produced stage shows with sets and dancers permitted).

"I like the talent part the best," Lollar says. "That's where I feel I excel." He performed as Lady Gaga to her song "Applause" at last year's pageant and also as Elphaba from Wicked.

The Male Interview requires contestants to interview as a male. The pageant rules stipulate that contestants must be men who live as men and who are trying to achieve a convincing feminine illusion through their creativity. In other words, no implants, silicone or any transformation via female hormones.

"Our philosophy of drag is the oldest, most traditional form, which is a full man transforming into a woman," Lollar says.

Jones says, "Miss Gay Arkansas is, 'how can you do this and look your best as a woman?'"

In the Male Interview, contestants dress nattily and manly -- most usually sport a well-fitting suit.

"The judges love to see a strong transformation, and they want to see that you can handle the business," Lollar says. "This is an industry, and they need to see you can conduct yourself in a professional manner."

This year's pageant theme is Wonderland, as in Alice's Adventures in ..., and the reigning Miss Gay America, Asia T. O'Hara of Dallas, will be there. Also in attendance will be many of the former Miss Gay Arkansas America winners, who Jones says have helped raise awareness of the pageant.

"The number of contestants was down" in recent years, Jones says, "but this year it's back up again, and I think the credit for that goes solely to some of the former [winners] who have worked very hard to make it successful. I give them the credit for all that."

For Jones, putting on a great show is paramount.

"Impersonation pageants are getting more technologically advanced than ever before," he says. "We're gonna have one of the largest screens, like the one used at the Academy Awards. I've always believed that when you pay your money, you need to be entertained and see a show. That's what we're going to have here."