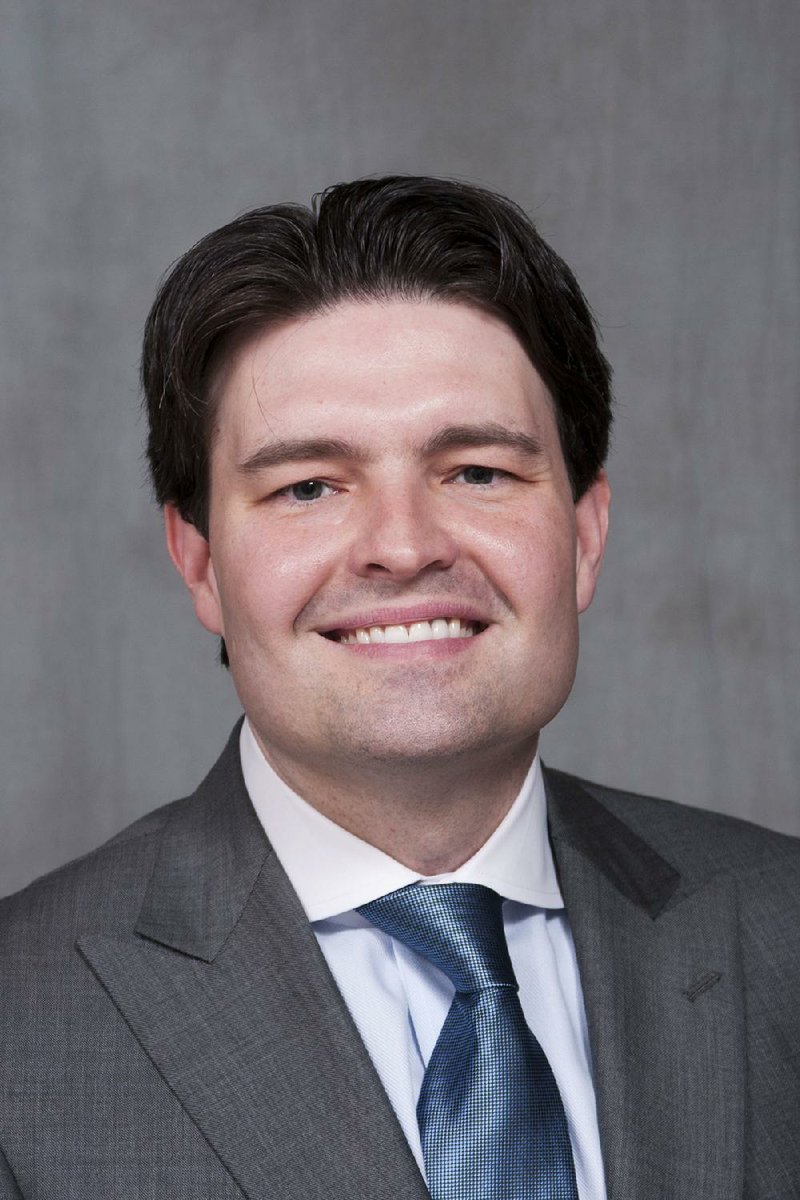 Legislative staff members were responsible for an erroneous account of an Oct. 22 meeting in which lawmakers discussed a fee on plans sold on the state's health insurance exchange, the director of the Bureau of Legislative Research said Thursday. 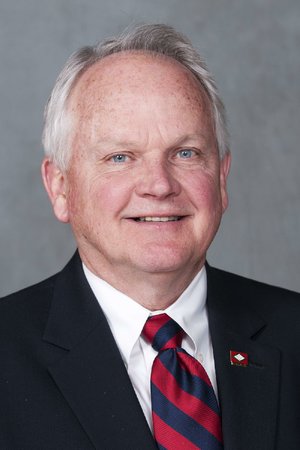 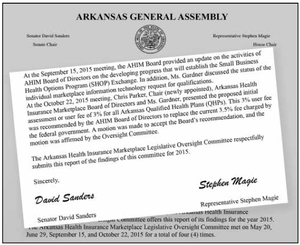 This excerpt of a letter dated Dec. 11 contains language that the Arkansas Health Insurance Marketplace board has cited as its authority to start collecting a 3 percent fee on health plans sold on the state health exchanges. But the chairman of a legislative oversight committee says the Legislature still must approve the fee.

That erroneous account had been cited this week by officials of the Arkansas Health Insurance Marketplace Board and spokesmen for Gov. Asa Hutchinson as the authority for the board's plan to begin collecting the fee as early as Dec. 1.

The account is contained in two identical letters dated Dec. 11 and sent to Senate and House leaders that describe the activities of a legislative oversight committee during 2015, including the October meeting at which the marketplace board's chairman reported the group's recommendation of a 3 percent fee.

The letters say: "A motion was made to accept the Board's recommendation, and the motion was affirmed by the Oversight Committee."

[DOCUMENT: Click here to read the letter from the Arkansas Health Insurance Marketplace.]

In fact, lawmakers asked questions about the fee, but no one made a motion on the recommendation, and the committee took no action on it during the meeting.

Bureau of Legislative Research Director Marty Garrity said Thursday that her staff reviewed an audio recording of the meeting and confirmed that no such motion was made.

Staff members apparently thought a motion approved by the committee was about the fee, when in reality it was on an unrelated matter: a recommendation that the state Department of Insurance extend its regulation of the small-group insurance market from businesses with up to 50 employees to those with up to 100 employees.

"It's a drafting mistake by the bureau," Garrity said.

Although the letters sent to Senate Senate President Pro Tempore Jonathan Dismang and House Speaker Jeremy Gillam bear the names of the chairmen of the Arkansas Health Insurance Marketplace Legislative Oversight Committee, they were drafted by Bureau of Legislative Research staff members. The committee chairmen are Sen. David Sanders and Rep. Stephen Magie.

Questions about the letters' accuracy became important because Act 1500 of 2013, which created the marketplace, says the Legislature "shall establish a reasonable initial assessment or user fee and reasonable increases or decreases in the amount of future assessments."

The Legislature has not approved a fee.

A Hutchinson spokesman said in an Aug. 24 email to the Democrat-Gazette that the fee "was approved in compliance with state law."

J.R. Davis, another spokesman for the governor, said Thursday that that statement was based on the erroneous summary of the oversight committee meeting.

In a statement Thursday, Hutchinson said it's up to the Legislature to "determine the level of review and oversight that is needed" to establish the fee.

Sanders, R-Little Rock, said Thursday that he should have caught the error in the letters.

But even if the committee had approved the board's recommendation, he said, that wouldn't give the Health Insurance Marketplace the authority to collect the fee unless the full Legislature approved it.

Health Insurance Marketplace spokesman Alicia McCoy said in a Tuesday email that the agency had met the legal requirements to levy the fee.

In an email Thursday, she said that marketplace officials are "looking into the situation."

The fee, equal to 3 percent of the premiums for the plans sold on the exchange, will provide a source of revenue for the Health Insurance Marketplace, which currently relies on money from a $99.9 million federal grant.

Money from the grant can't be spent on operations after Dec. 31.

In her Tuesday email regarding the marketplace board's plan to begin assessing the fee, McCoy cited the board's vote on Sept. 30 to recommend the 3 percent fee and the Dec. 11 letters to the leaders of the Senate and House.

Act 1500 "gave AHIM the authority to assess user fees, and this was done at the September 2015 board meeting," she said in the email.

Despite the date on the letters to Dismang and Gillam, legislative research bureau staff member Phil Price didn't send them until Jan. 7 in an email to Magie for his approval, according to a copy of the email provided by Magie.

"These letters were drafted in December and given to Senator [Sanders] to review," Price said in the email. "He indicated he wanted to add some information, but told me today they were fine to send."

Act 1500 requires the oversight committee to report the board's recommendation, along with the committee's own opinion, each year to the speaker of the House and president pro tempore of the Senate by Dec. 31.

Garrity said the date on the letters "probably" should have been changed to Jan. 7.

Magie, D-Conway, said he probably approved the letters, but doesn't remember doing it or what happened during the Oct. 22 committee meeting.

He said Act 1500 is unclear on what the Legislature must do to "establish" the fee. The Legislature should address the issue during next year's session, he said.

"I don't think there's any state agency that we want that just arbitrarily sets a fee without oversight," Magie said.

On Thursday, Sanders and Magie scheduled a meeting of the oversight committee for Wednesday. Sanders said he plans to discuss the fee with Health Insurance Marketplace officials at the meeting.

According to a Health Insurance Marketplace memo, the fee would generate about $10.7 million in annual revenue.

Half of the money is to go to the federal government, which handles the systems for enrolling individual consumers through healthcare. gov.

The rest of the money will go to support the state Health Insurance Marketplace that, under a proposal by Hutchinson, would be responsible for certifying plans available to Arkansans on the federal website and offering one-on-one help to applicants.

The 3 percent fee would replace a 3.5 percent fee that has been collected by the U.S. Department of Health and Human Services' Centers for Medicare and Medicaid Services since enrollment on the federal exchanges began in 2014.

In the statement on Thursday, Hutchinson said putting the Health Insurance Marketplace in charge of the exchange for individual consumers "gives the state control over future fee changes with legislative oversight."

"Currently the fee is controlled by the federal government with little influence from the states," Hutchinson said.

The governor appoints three of the Health Insurance Marketplace's board's nine voting members. The others are appointed by Gillam and Dismang.

Last year, Hutchinson removed two members who had been appointed by his predecessor, Mike Beebe, and replaced them with his own appointees.

The move was made possible by Act 1100 of 2015, which eliminated terms of specified length for Health Insurance Marketplace board members appointed by the governor. Such members now serve "at the pleasure of the Governor."

The federal exchange fee is not assessed against exchange plans that cover more than 258,000 low-income adults whose premiums are paid by Medicaid under the so-called private option.

The fee is assessed on non-Medicaid plans that were covering 61,189 Arkansans as of Aug. 15. Coverage in those plans is subsidized for many people who don't qualify for Medicaid and who have incomes below 400 percent of the federal poverty level: $47,520 for an individual, for instance, or $97,200 for a family of four.