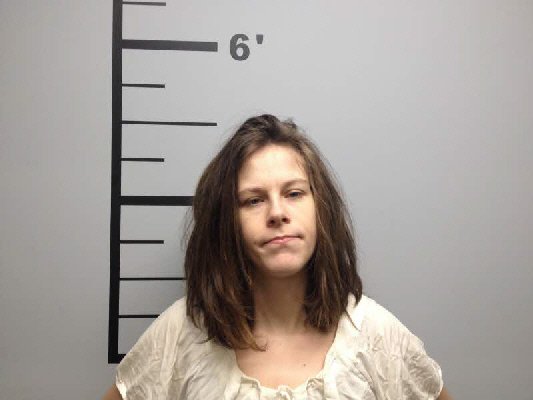 BENTONVILLE — A Bentonville woman accused of stealing a kitten from an animal clinic is facing a felony charge punishable by up to 10 years in prison.

Brittany Dunn, 27, is charged with commercial burglary, a Class C felony, and theft of property, a Class A misdemeanor. She was being held Monday in the Benton County Jail with a $25,000 bond set.

According to a probable cause affidavit, Dunn was playing with kittens Aug. 5 at Rose Animal Clinic in Bentonville before she took one of the kittens and left the business. One of the clinic’s employees followed Dunn and was able to retrieve the cat after a struggle with Dunn, according to court documents.

Police were able to apprehend Dunn near the clinic, according to court documents.

Dunn was only in court for a short time Monday afternoon before Circuit Judge Brad Karren ordered her to be removed from the room. The hearing was conducted video, with Dunn in the courtroom at the the Benton County Jail.

The judge asked Dunn a few times to stop speaking while he was talking, and Dunn then flipped off the judge.

Karren ordered her to be removed from the jail’s courtroom.

Jonathan Faught, Dunn’s attorney, entered a not guilty plea on her behalf.

Faught also requested a mental evaluation for his client. The evaluation will determine whether Dunn is mentally fit to stand trial and if she is criminal responsible for her actions.

The judge suspended the proceedings pending the outcome of the mental evaluation.

The judge found Dunn in contempt of court and ordered her to serve 30 days in the jail. He suspended the sentence until she has her mental evaluation.