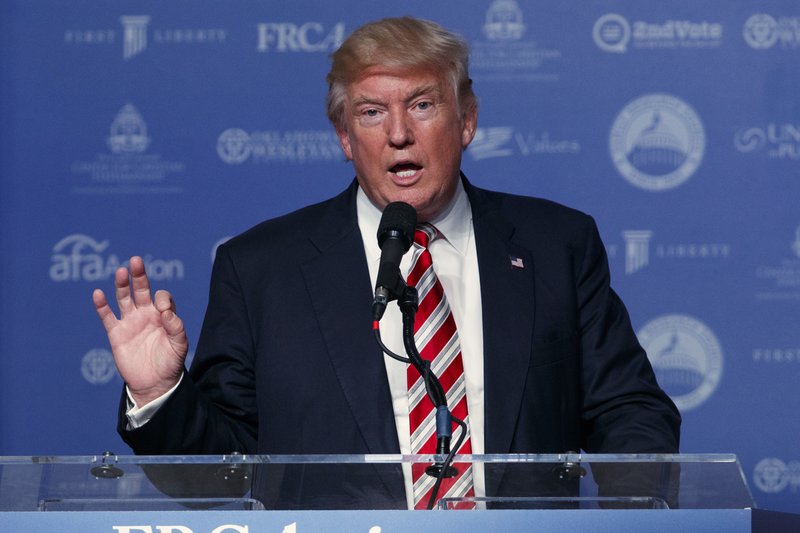 Trump will unveil the plans in a speech in a politically critical Philadelphia suburb as he tries to build his appeal with more moderate, independent voters — especially women. Child care is one of the biggest expenses many American families face, surpassing the cost of college and even housing in many states.

Trump had said little about child care until his daughter, Ivanka, surprised many at the Republican National Convention in July by promising to make it a centerpiece of a Trump administration. During a rally in Des Moines on Tuesday afternoon, Trump credited Ivanka Trump for his action on the issue. "She is the one who has been pushing for it so hard: 'Daddy, Daddy we have to do this.' She's very smart, and she's right," the candidate said.

As part of his speech in battleground Pennsylvania on Tuesday, Trump is expected to propose guaranteeing six weeks of paid maternity leave to employees whose employers don't offer leave already. The campaign says the payments would be provided through existing unemployment insurance — though it has yet to spell out how the system would cover those costs.

Trump's Democratic opponent, Hillary Clinton, has called for 12 weeks parental leave for both mothers and fathers paid for by taxes on the wealthy.

Trump in August proposed reducing child care costs by allowing parents to fully deduct the average cost of child care from their taxes. He is expected to flesh out that plan Tuesday, including expanding the deduction to include costs associated with caring for elderly dependent relatives.

The deduction would apply only to individuals earning $250,000 or less, or $500,000 or less if filing jointly. But because Trump's proposal is a tax deduction rather than credit, its greatest benefits would go to affluent households.