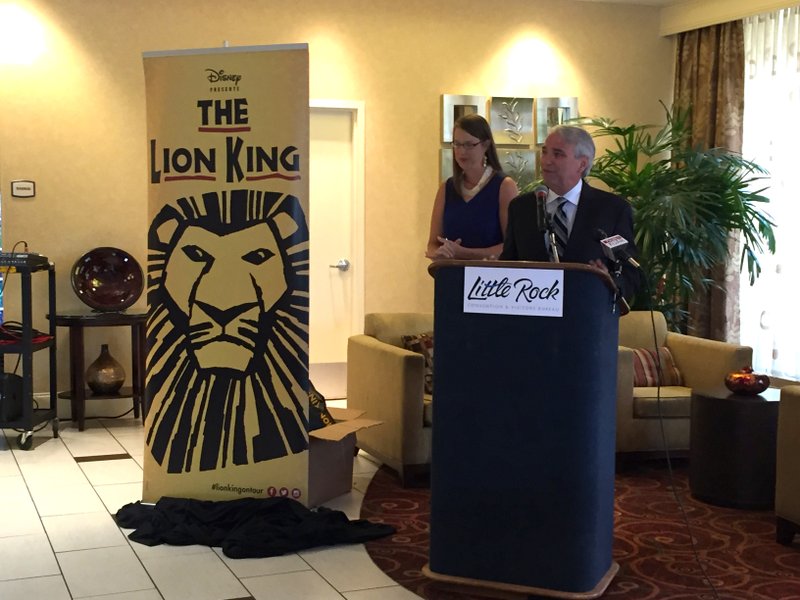 Ed Payton, CEO of Celebrity Attractions, said the musical had previously not been possible due to restraints of the historic building, which is set to open Nov. 10 after a $70.5 million renovation that closed the performance hall for more than two years.

"If you have the longest-running Broadway show, you need to match it up with the most successful — the show that has sold more tickets than any other show in the history of Broadway," Payton said, referencing Phantom of the Opera and The Lion King, respectively.

Phantom of the Opera will be a part of Robinson Center's 2016-17 season, with performances planned March 8-19.

Payton said Disney, after learning of the renovations, was "right on board" when Robinson Center officials asked the company's theatrical production arm to bring The Lion King to Little Rock.

"Once again, this is a reminder of what great vision [the Little Rock Convention and Visitors' Bureau] and this community had in doing great renovations," he said.

Gretchen Hall, president and CEO of the Little Rock Convention and Visitor's Bureau, said in a statement that the renovation "continues to pay dividends and increase the entertainment offerings in central Arkansas."

The Lion King premiered on Broadway in November 1997 and has since had 23 global productions and been seen by more than 85 million people, according to the Robinson Center. It won six Tony Awards in 1998.