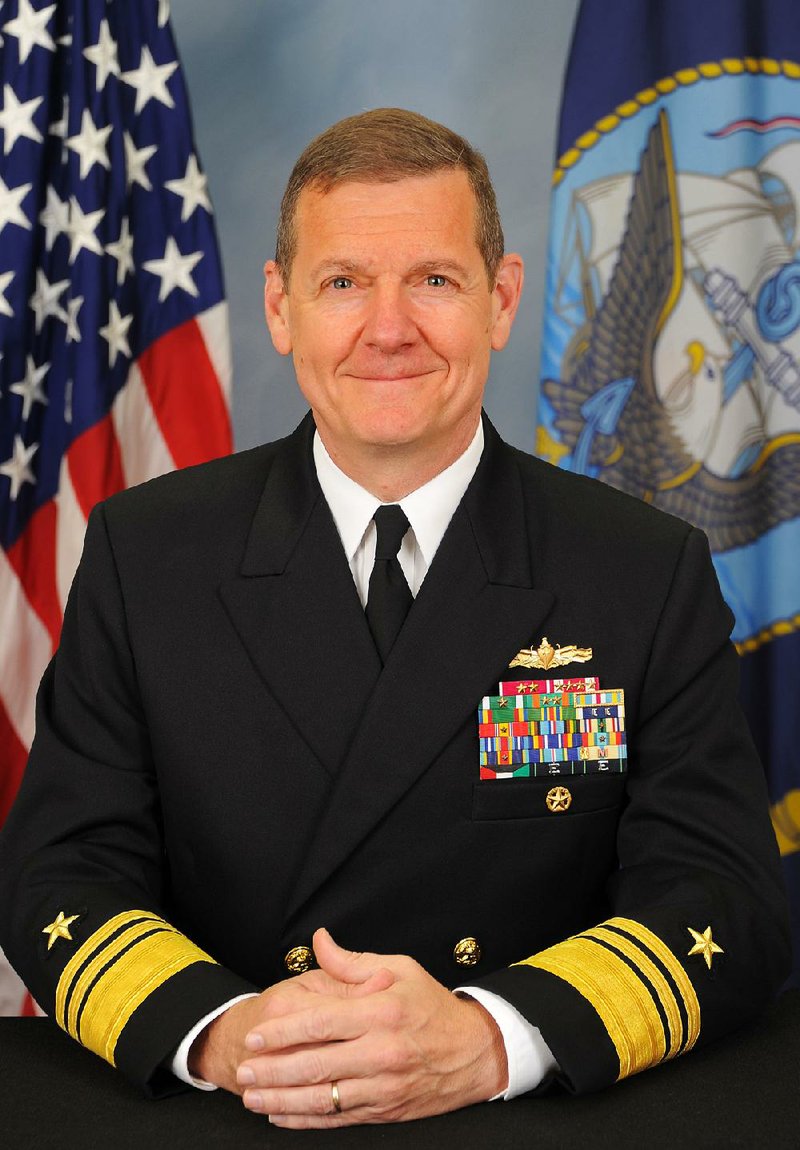 Vice Adm. Luke McCollum would be in a suit at a Wal-Mart board meeting one day and in his Navy uniform aboard a ship in the Persian Gulf the next.

For the next four years, McCollum, the former vice president of logistics services at Wal-Mart Stores Inc., will wear solely the uniform to work as he takes a leave of absence from the retailer to be the Navy Reserve's highest-ranking officer and work full time at the Pentagon.

There, he hopes his years of knowledge will improve the experiences of sailors who work regular 9-to-5 jobs during the week and report for military duty on the weekend.

"That's what I'm looking forward to, making that transition as smooth as possible for our men and women and their families," the Bentonville resident said.

President Barack Obama appointed McCollum to vice admiral and chief of the Navy Reserve, and the U.S. Senate confirmed him with a voice vote July 13.

Before his new role, he served as reserve deputy commander of the Naval Surface Force, U.S. Pacific Fleet in San Diego on a part-time basis while working at Wal-Mart.

His leave of absence from Wal-Mart is to last the next four years, but he plans to return to Northwest Arkansas once relieved of duty.

"I'll miss the small-town feel, the sense of community and the Hogs," he said.

McCollum grew up in Stephenville, Texas, the son of a World War II veteran. He graduated from the U.S. Naval Academy in 1983, and his assignments have sent him all over the world.

At sea, McCollum served on the USS Blue Ridge, USS Kinkaid and USS Valley Forge, with deployments to the western Pacific, Indian Ocean, Persian Gulf and operations off South America. On land, he served in the Pentagon as naval aide to the 23rd chief of naval operations, Adm. Carlisle Trost.

McCollum never imagined an ascension to chief of the Navy Reserve when he stepped on the Naval Academy campus in Annapolis some three decades ago.

"Absolutely not. I set out to get a good education and leadership training," he said. "Most of the people I attended school with, we were just trying to survive. We never thought we'd be sitting here today with stars on our sleeves."