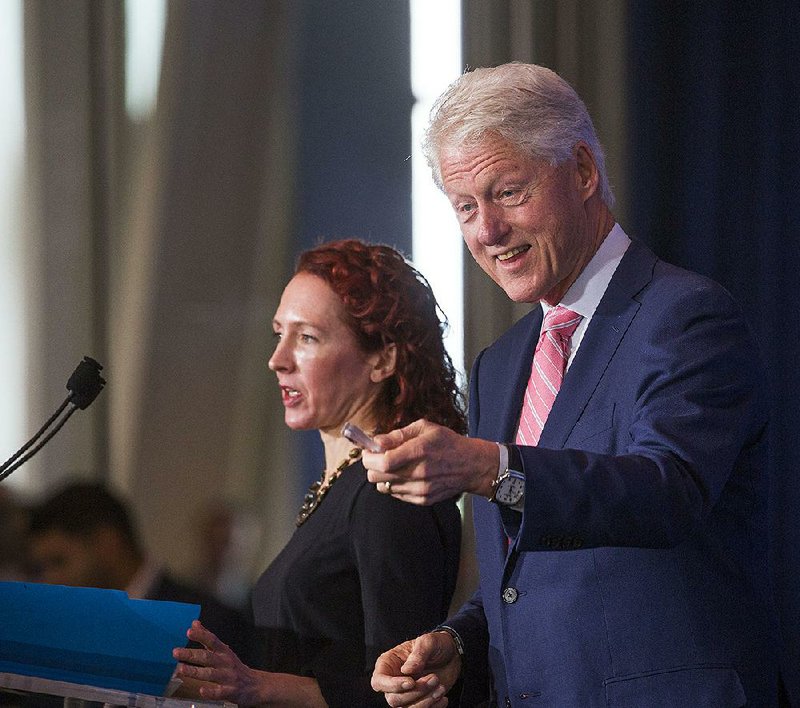 Former President Bill Clinton on Monday heralded Arkansas' Medicaid expansion as a model for the rest of the country in front of public health leaders from California to Vermont.

Clinton held court in his folksy way for four hours at his namesake library on the south bank of the Arkansas River in downtown Little Rock. It was the first time the Clinton Foundation held its annual Health Matters Activation Summit in the city that fostered Clinton's political career.

The former governor returned to Arkansas' health care system several times, saying that "our little state" got it right. He encouraged the doctors, researchers and policymakers in attendance to contact health care officials in the Natural State.

"It's worth trying to figure out how they did it," he said, noting that Arkansas has avoided large premium increases seen elsewhere in the country while expanding access to care in underserved areas.

The four-hour session packed panels on opioid addiction, health equity and gaps in the health care system in addition to the announcement of an initiative to offer free doses of naloxone nasal spray to colleges in the United States.

The federally approved drug is designed to be used by anyone -- even those without any medical training -- to buy time for someone going through an opioid crisis like an overdose.

Clinton, who said five of his close friends have lost family members to opioid abuse, hugged Adapt Pharma executives onstage; the company on Monday pledged to work with the Clinton Foundation to donate 40,000 doses of Narcan nasal spray to colleges.

Monday's announcement comes after a similar commitment by the company earlier this year to provide complimentary doses of the drug to high schools.

The spray, which must be followed up with emergency medical attention, has recently been issued to officers at law enforcement agencies across Arkansas.

Rampant opioid addiction headlined Monday's forum, which was held in a large room overlooking the downtown skyline. In 2015, the number of drug overdose deaths in the United States surpassed gun-related deaths for the first time, according to the U.S. Centers for Disease Control and Prevention. Opioid-related overdoses reached 33,091 that year; about 90 Americans die each day from opioid overdoses, according to CDC data.

Clinton moderated a discussion with three researchers about how to address the epidemic. One of the researchers, Dr. Kim Janda of the Scripps Research Institute, said he believes he has found a "vaccine" that would help those trying to recover from heroin and opioid addiction. The drug has been successful in primates, but he has struggled to find a pharmaceutical company willing to finance further development.

"I think it would be great if we could get some of the pharmaceutical companies behind this that created this problem," Janda said to a big round of applause.

"Addiction is not a moral failure on the part of the individual," he said, comparing it to any other brain disease.

Panelists also agreed that primary-care physicians must see it as their duty to address opioid-induced problems and seek training for themselves if necessary.

Not all of Monday's conference, which is the sixth hosted by the foundation, focused on solutions to the opioid problem. Other sessions focused on more holistic solutions to broader threats to public health, including poverty, rural isolation and racial disparities.

"This is a time to turn ideas into action," said Gillian Sealy, chief executive officer of the Clinton Health Matters Initiative.

State lawmakers passed a bill in 2015 that requires the agency and state colleges to develop action plans to provide students with education about preventing unplanned pregnancies. The mandate remains unfunded, but Taylor-Lasiter and schools are doing what they can.

She said colleges with on-campus clinics can easily integrate the information into orientation or other student events. It's more challenging at smaller schools and community colleges.

Taylor-Lasiter has taken the mission even further, creating a nonprofit -- Arkansas Campaign to Prevent Unplanned Pregnancy -- to raise money and pursue grants to support the initiative.

She uses the nonprofit's social media accounts to spread birth-control information in a "cool, hip way."

"We need a great partnership between the nonprofit and [the Arkansas Department of Higher Education] because it's going to take both," she said. 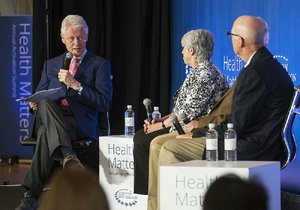