Searcy High to get new principal 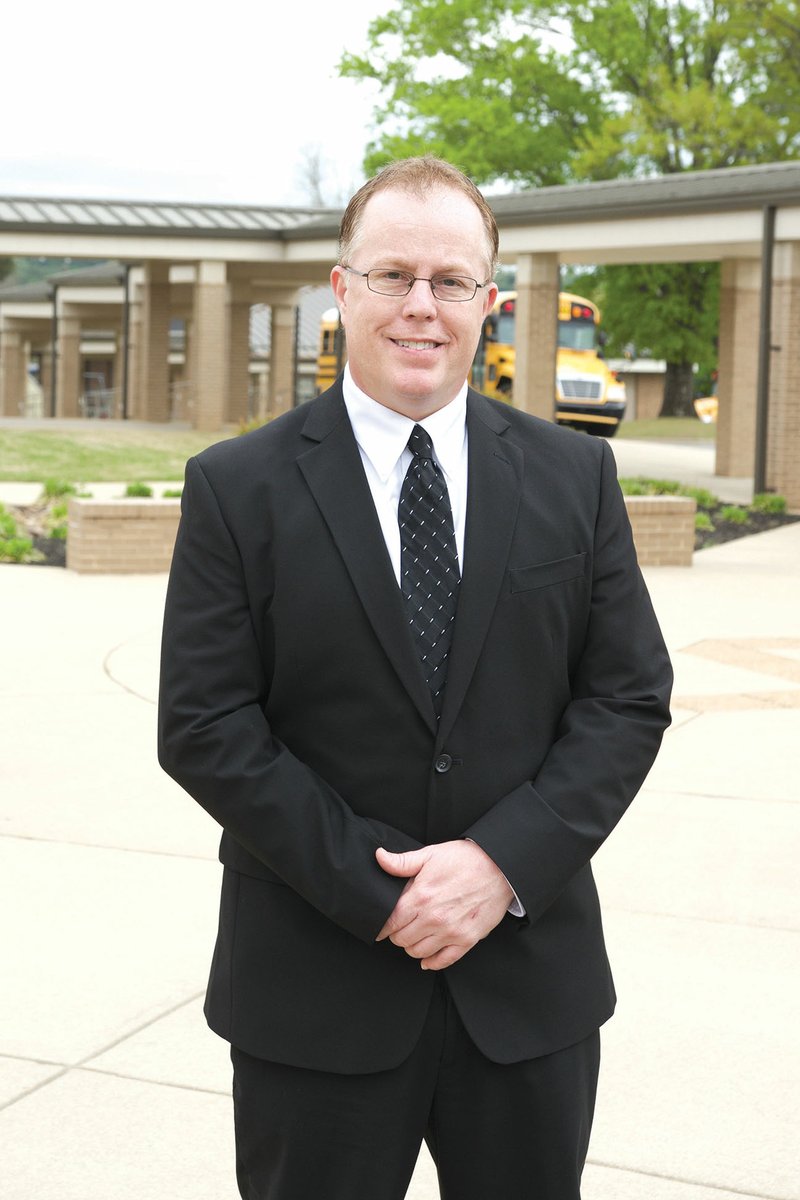 When the school bell rings this fall and signals the start of another year at Searcy High School, a new, but familiar, face will be seen by both students and parents alike.

Gene Hodges, currently principal at Ahlf Junior High School in Searcy, will begin his new role as Searcy High School principal after the current school year comes to a close.

The Searcy Public Schools Board of Education approved the recommendation at a special meeting March 30. Hodges was the assistant principal at Ahlf for eight years and has been the principal for the past three years.

“I’ve been in education for 20 years,” Hodges said. “I spent nine years with the Conway School District. I was a coach and science teacher.”

“Like a lot of people, when you graduate high school, you have a lot of dreams,” Hodges said. “I was into sports and I always knew I wasn’t going to be a professional ballplayer, so coaching was going to be my forte. Neither of my parents graduated from college, and they stressed the importance to me and my three sisters. All four of us are college graduates.”

Hodges said his favorite thing about working in education is getting to interact with students and parents.

“Searcy High School is a wonderful school,” Hodge’s said. “We have great teachers and great administrators. What I think I will bring in is a family atmosphere. My door is always open for parents, students and teachers. I will typically stop what I’m doing if they come to me. If they’ve come to me, then it’s important, and I need to listen to them. I might not always say exactly what they want to hear, but people want to be heard. Once they feel that they can trust me, they will know that I am there for all of them. I’m there for the kids. I want the kids to do great.”

Hodges said he highly values his relationships with all the staff members.

“I am there for the staff, too,” Hodges said. “I want them to be happy with their jobs. If they are happy, then the kids will learn more. We also have wonderful custodians at the junior high, and I know we have wonderful ones at the high school that work hard to keep the place beautiful. The cafeteria ladies are the greatest in the world. They will do anything for any child.

“When I come to a new building, the [custodians and the cafeteria workers] are the first ones that I want to meet. I have two secretaries and a nurse at Ahlf who are like family. I’m going to miss them greatly. You have to have those relationships. [Without them], a school will not work as well. You have to support your entire staff.”

“I’m excited,” said Diane Barrett, Searcy superintendent. “I feel we have made an excellent choice. He has been with the district a number of years as an assistant principal and then principal of our junior high. Our junior high has done exceptionally well under his leadership.”

“I think that Mr. Hodges will be a good successor to Mr. Smith,” Barrett said.

Smith started out as the school’s band director before becoming assistant principal and eventually principal.

“He has been an institution to this district and a well-loved leader by the community, the students and his faculty,” Barrett said. “We hated to lose him because he was going to be a hard one to replace, but we feel very confident that Mr. Hodges is the person who can take this next step.”

“With [Hodges] being here within the district, that transition will be much easier,” Barrett said.

“Between now and July, he can meet with Mr. Smith and also be looking at things such as curriculum and staff at the high school. I think it will be a very effective transition,” she said.

“I am anxious but not nervous about starting,” Hodges said. “I thought I would be nervous, but I’m really not nervous. I’ve met with some of the staff and they are very, very on top of what they do and have assured me that they will help me get caught up on the differences between the junior high and the high school, creditwise. I’ve been doing a lot of research on my own.

“More than anything, I’m excited. I hate leaving where I’m at because I love everyone I work with. I’ve been successful, but the only reason I’ve been successful is because I’ve had great teachers at the junior high school. They are what made the building so successful. We’ve also had great kids come through. I’ve got this opportunity because of them.”

Barrett also said Hodges is known for being a great leader and will bring that excellence with him in his new role.

“He has been very good at looking ahead with the STEM (science, technology, engineering and mathematics) Initiative and will be a very good support at helping to develop that program at the high school. We already have some STEM in place, but I think he will expand that and promote that,” she said.

“I know the staff at the high school is great,” Hodges said. “I don’t want to overwhelm them with a bunch of things, but I do want to put my stamp on things. I do have a lot of things in mind. They are such a high-performing school already, but we can always be better.

“I got this opportunity because the administration believes in me. I respect them greatly. They are putting a lot of faith in me, and I appreciate that so much that they feel that way about me.”