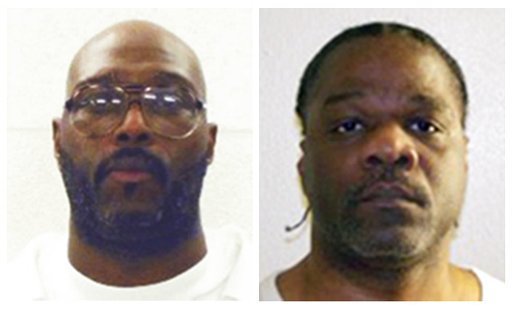 This combination of undated file photos provided by the Arkansas Department of Correction shows death-row inmates Stacey E. Johnson, left, and Ledell Lee. Both men are scheduled for execution April 20.

Two late-evening rulings Wednesday again halted Arkansas' march toward executions, although the state attorney general's office plans to take action to reverse the most sweeping of the judicial orders.

Two executions are scheduled for tonight at the Cummins prison unit. As of late Wednesday, one was placed on hold by the Arkansas Supreme Court, and the other was stalled by a Pulaski County judge's order to the Department of Correction not to use one of the drugs in the state's lethal-injection three-drug "cocktail."

Before today is over, high courts in Washington, D.C., and Little Rock are expected to take up the two death-row inmates' cases.

Plans to begin Arkansas' series of April executions on Monday night were called off about 15 minutes before the midnight deadline, when the U.S. Supreme Court declined to lift a stay that was issued earlier in the day by the state's highest court.

On Wednesday, Arkansas justices intervened again, issuing a stay on the execution of Stacey Johnson. His execution is scheduled for 7 p.m. today.

Johnson, sentenced to death for the 1993 killing of Carol Heath in her De Queen apartment, seeks more time to have new DNA testing done on some of the evidence from his case.

Johnson and Ledell Lee, the second prisoner scheduled for execution tonight, say they are innocent. They are represented in their appeals by the Innocence Project and the American Civil Liberties Union.

Lee also has petitioned the Arkansas Supreme Court for a stay that will allow for DNA testing to be done on a pair of blood-spotted sneakers used as evidence in his conviction for the 1993 murder of Debra Reese in Jacksonville.

[📄 Click here to read the full filings to the U.S. Supreme Court]

The state Supreme Court is still considering Lee's appeal. His execution was otherwise put on hold Wednesday by Circuit Judge Alice Gray, who barred the prison from using its supply of vecuronium bromide, a paralytic, in executions.

Gray's ruling in effect would stop any executions from taking place because vecuronium bromide is one of the drugs in the three-drug cocktail used in executions under state law.

The state also has executions scheduled for Monday and next Thursday.

McKesson Corp. sold the state the paralytic and has argued that the state deceived company employees into selling 100 vials of the drug to the Department of Correction, despite a company policy against its products being used in executions.

A similar restraining order was issued last week by Gray's colleague on the 6th Circuit Court, Judge Wendell Griffen, but that order was vacated Monday by the state Supreme Court. A spokesman for Attorney General Leslie Rutledge said she will appeal Wednesday's order to the state's highest court.

It is unclear whether Rutledge will attempt to appeal the state Supreme Court's stay of Johnson's execution to the U.S. Supreme Court.

Already U.S. Supreme Court justices have received one appeal from the prisoners, asking for a reversal of the 8th U.S. Circuit Court of Appeal's decision to vacate an injunction by a federal judge in Arkansas, whose order halted all eight executions originally planned for this month by the state.

The prisoners also are asking the court to reconsider its own February decision not to hear their case regarding the state's lethal-injection protocol, which began the entire process toward execution.

The high court has yet to act on the inmates' federal actions.

In preparation for their scheduled executions, Johnson and Lee were moved Tuesday to the Cummins Unit, the location of the state's execution chamber, a prisons spokesman said Wednesday.

The spokesman, Solomon Graves, said the two are being held in separate cells adjacent to the execution chamber, which is a short drive down the road from the Varner Unit, another prison that houses death-row inmates.

Neither inmate had been moved back to the Varner Unit as of Wednesday evening, and Graves said the prison was awaiting guidance from the governor and attorney general.

The state Department of Correction had planned two executions Monday, and had moved condemned inmate Don Davis to the Cummins Unit over the weekend. His execution, as well as that of Bruce Earl Ward, were stayed by the Arkansas Supreme Court.

Ward never was moved to the Cummins Unit. After Davis' execution was called off in the final hour, he was moved back to his cell at the Varner Unit.

Johnson's request for a hearing on additional DNA testing, filed April 13 in Sevier County, said technology unavailable at the time of his trial could potentially prove that he is innocent.

The filing called for testing of 26 pieces of evidence -- including hair, samples from a rape kit and other evidence taken from the victim's body -- as well as bloodied clothing found at the crime scene.

State attorneys argued that the state Supreme Court previously denied the additional testing, that Johnson did not establish a chain of custody for the evidence he wants tested, and that he has not established that the tests would "significantly advance" his claim of innocence.

In a 4-3 ruling, the state's high court called for another hearing on the issue in circuit court.

While the court's majority did not issue an explanation of its decision, the justices in the minority released two opinions rebuking their colleagues for again interfering in a scheduled execution.

"The court sometimes makes exceedingly difficult decisions without personal consideration to ourselves," Justice Rhonda Wood wrote in her dissent. "Simply put, we follow the law."

Wood questioned why the majority did not explain its decision, which she said placed in doubt the finality of future cases.

Gov. Asa Hutchinson said he was surprised and disappointed in the late stay from the state Supreme Court.

"When I set the dates, I knew there could be delays in one or more of the cases, but I expected the courts to allow the juries' sentences to be carried out since each case had been reviewed multiple times by the Arkansas Supreme Court, which affirmed the guilt of each," Hutchinson said in a released statement.

"The minority opinion was clear in its dissent, but I know the families of the victims are anxious for a clear-cut explanation from the majority as to how they came to this conclusion and how there appears to be no end to the court's review. I will continue to work with the attorney general as we evaluate our next steps," the statement said.

In Lee's petition to state justices, he has additionally sought reprieve on grounds that he is intellectually disabled.

Lee's petition for a stay also refers to the pending U.S. Supreme Court case that originated in Alabama and served as rationale for the stays of execution issued Monday in the cases of Davis and Ward. The case concerns whether indigent defendants are entitled to an independent medical examiner in trial proceedings.

Johnson has a pending appeal with the 8th Circuit. He seeks to overturn U.S. District Judge Kristine Baker's dismissal of his claims that specific medical conditions "complicate [Arkansas'] 'one size fits all' execution procedure," specifically that the use of midazolam as a sedative will "lead to a torturous experience for Mr. Johnson."

Baker dismissed the claim. Citing the 8th Circuit's decision to overturn her previous ruling that halted all scheduled Arkansas executions, Baker wrote that Johnson's use of "piecemeal litigation" and tactics to delay legal proceedings were cause to dismiss the lawsuit.

After the U.S. Supreme Court declined to take the inmates' original complaint against the state's lethal-injection protocol earlier this year, Hutchinson scheduled eight executions over an 11-day period, with the first set to begin Monday of this week.

As of today, that list of eight has been narrowed to five, including Johnson and Lee.

The roughly two-week time frame for the executions has drawn significant attention to the state from the national and foreign media. Reporters awaited news about the last-minute reprieves Monday from a makeshift media center in a visitation room at the Cummins Unit.

The prison is again opening the space to reporters today, who will again wait to see if courts allow the executions to take place. 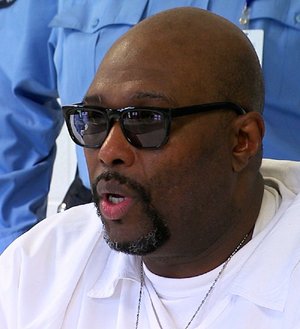 Photo by Stephen B. Thornton
Death row inmate Stacey Johnson, 47, speaks during a clemency hearing in this file photo. 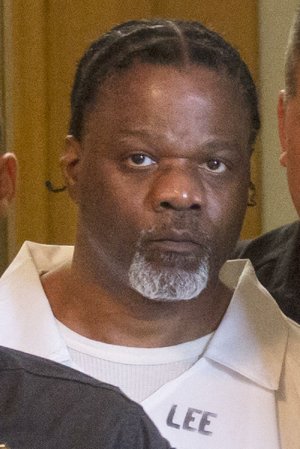 Photo by Benjamin Krain
Ledell Lee appeared in Pulaski County Circuit Court Tuesday for a hearing in which lawyers argued to stop his execution which is scheduled for Thursday. Lee was sentenced to death after being convicted of killing Debra Reese with a tire iron in February 1993 in Jacksonville. 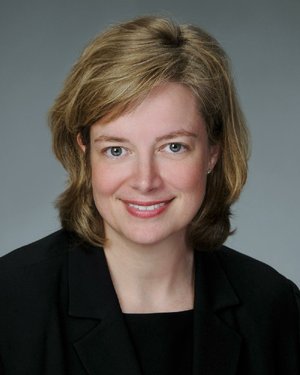