Wal-Mart CEO paid $23.4M, an increase from year before 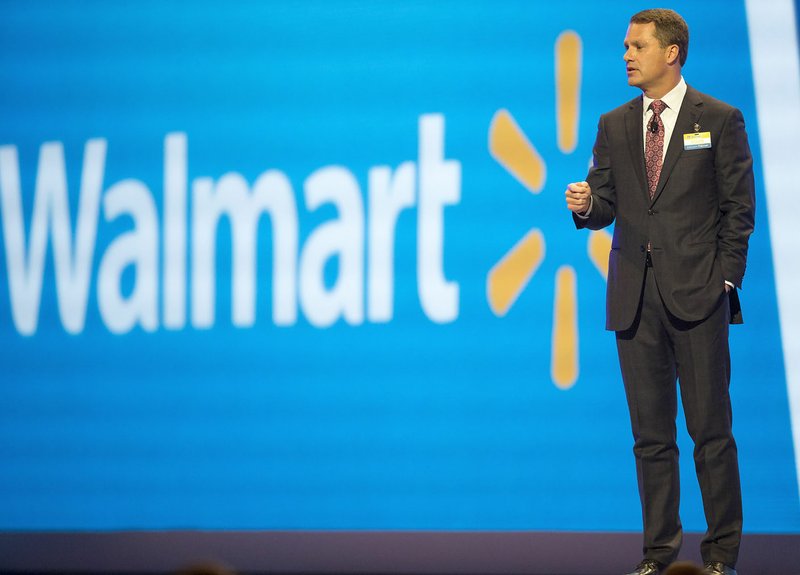 McMillon earned $23.4 million in total compensation for fiscal 2017, according to proxy materials filed with the U.S. Securities and Exchange Commission. McMillon's compensation was a 19 percent increase from a year ago when he earned $19.6 million.

The compensation included a base salary of $1.28 million, which was a slight increase from a year ago. McMillon also received about $22 million in other compensation, including $15.2 million in stock awards and $4.85 million in nonequity incentive plan payment.

Lore, who was the founder and largest shareholder and CEO of Jet.com, received 3.5 million shares of restricted stock as part of the acquisition. If not for the restricted shares, Lore's compensation package would've been about $7.6 million. According to the proxy, Wal-Mart is obligated to pay Lore about $397 million over a five-year period subsequent to the closing date of the acquisition.

Wal-Mart reported $485.9 billion in revenue for fiscal 2017, which was a slight increase from $482.1 billion the previous year. But the company's profits fell 7.2 percent to $13.6 billion, largely because of hefty investments in employees, technology and e-commerce growth.

The Arkansas Democrat-Gazette follows a formula developed by The Associated Press that reflects amounts identified in proxy statements that are actually paid to executives.

Approval of the executive compensation will be part of the company's agenda for its annual shareholders meeting, which will be held June 2 at Bud Walton Arena on the University of Arkansas campus in Fayetteville.

Eleven directors will be up for election during the meeting: McMillon, Steuart Walton, James Cash Jr., Timothy Flynn, Carla Harris, Thomas Horton, Marissa Mayer, Greg Penner, Steven Reinemund, Kevin Systrom and Rob Walton. Harris, who has served as the vice chairman of wealth management for Morgan Stanley since August 2013, is a new nominee.

Linda Wolf is retiring from the board. Pamela Craig will not stand for re-election after the board recently determined that she is not independent within the term under the New York Stock Exchange listed company rules.

Wal-Mart said in its proxy that Craig's brother-in-law was promoted to executive officer of a supplier to Wal-Mart. Payments from Wal-Mart account for more than 2 percent of the supplier's annual consolidated gross revenue.

It's the second straight year that Wal-Mart shareholders will vote on a smaller number of nominees for board positions. Last year, the company trimmed its board from 15 members to 12 members to stay more nimble and keep pace with the changing retail landscape. This year it is nominating 11, but it won't necessarily remain at 11.

"They'll be exploring whether or not to go back to 12 as part of the ongoing emphasis of board refreshment succession planning," Wal-Mart spokesman Randy Hargrove said.