Supply still meager, home prices in U.S. up 5.8% in February 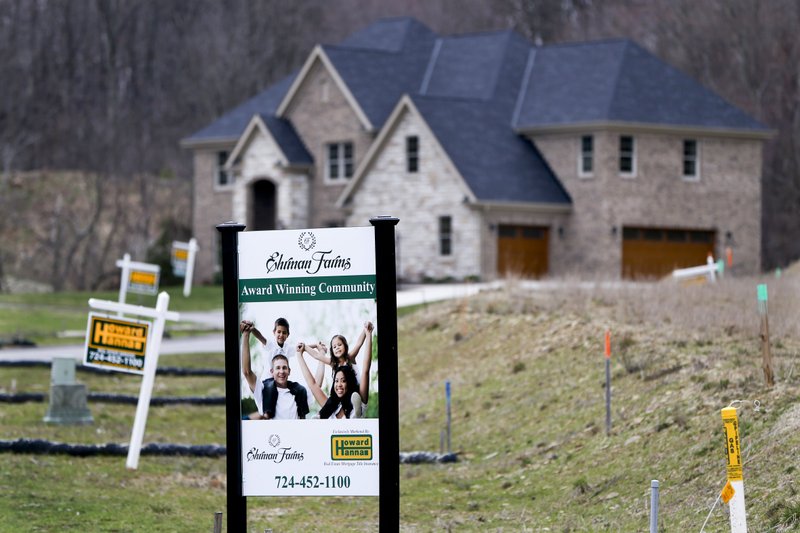 In this Monday, Feb. 27, 2017, photo, real estate signs mark the lots near one of the new homes for sale in a development for new homes in Cranberry Township, Butler County, Pa.

"There are still relatively few existing homes listed for sale and the small 3.8 month supply is supporting the recent price increases," David Blitzer, chairman of the S&P index committee, said in a statement. "Housing affordability has declined since 2012 as the pressure of higher prices has been a larger factor than stable-to-lower mortgage rates."

For now, sales of new and previously owned homes are robust. Last month, sales of previously owned homes reached their highest level in a decade. The strong demand, however, hasn't enticed more Americans to sell their homes. The number of houses for sale has dropped to its lowest level in nearly 20 years, which makes finding an available home the toughest challenge awaiting potential buyers in the spring homebuying season.

Many homeowners have benefited from the sharp price gains of recent years, but those increases also have made it harder for them to "trade up" to a bigger house, discouraging them from selling. Others have very low mortgage rates and may be reluctant to sell if doing so would force them to take on higher borrowing costs.

The cities with the biggest annual price gains in February were Seattle; Portland, Ore.; and Dallas.

Still, some relief may be on the horizon, though it's not clear when. Average rents are leveling off, which could keep many people in apartments and dampen demand for homes.

Mortgage rates are also up from last year's record lows. Those two trends "could put a dent in homebuyer demand and overall price growth," said Svenja Gudell, chief economist at real estate data provider Zillow. "Those changes won't necessarily be unwelcome, especially in some rapidly growing coastal markets in which buyers, sellers and renters could all use a breather."

The Case-Shiller index covers roughly half of U.S. homes. The index measures prices compared with those in January 2000 and creates a three-month moving average. The February figures are the latest available.

Homebuilders are ramping up construction to meet the healthy demand, which may provide buyers some relief.

U.S. sales of new homes shot up in March to the fastest pace in eight months, as more Americans are upgrading their houses in a positive sign for the broader economy.

Homebuilding helps to feed growth across the economy. Housing starts and new-home sales are climbing during a shortage of existing homes on the market, generating gains in construction jobs and sales of building materials. The real estate sector still is recovering from the bursting of the housing bubble a decade ago, with sales last month on pace to more than double the total for all of 2011.

New-home sales jumped last month in the Northeast and West, grew modestly in the South and fell in the Midwest.

Information for this article was contributed by Christopher S. Rugaber and Josh Boak of The Associated Press and by Michelle Jamrisko of Bloomberg News.