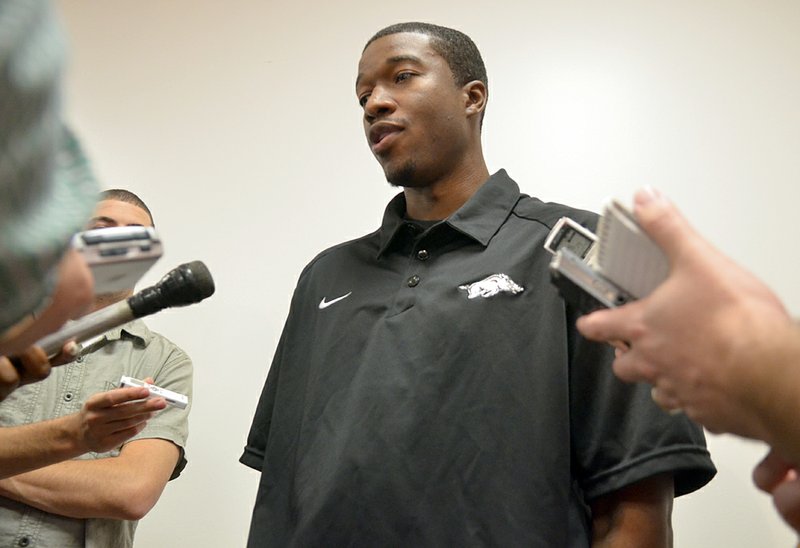 New Mexico point guard transfer Jalen Harris and his parents are expected to start his official visit to Arkansas today.

Harris, 6-2, 156 pounds announced on March 28 his plans to leave the Lobo program after playing 31 games and averaging 4.5 points, 1.8 rebounds and 2.3 assists. He chose the Razorbacks as his first official visit.

“Arkansas has a great basketball tradition first and foremost,” said Harris, who reports having an offer from the Hogs “Also I feel like their style of play fits the way I like to play.”

“I'd say, I'm a fast paced athletic point guard that can score and get others involved.”

He and assistant T.J. Cleveland started communicating shortly after he announced plans to leave New Mexico. He said Cleveland saw him play during spring and summer basketball.

“He came to a few of my games a few summers ago with Team Wall,” Harris said.

Harris, who signed with the Lobos out of Word of God Christian Academy in North Carolina, said he’s doesn’t have other visits lined up, but he’s talking to schools.

“There's a few other schools that we may decide to visit,” Harris said.

He explained what he wants to experience while in Fayetteville.

“Just looking forward to seeing the school, meeting the coaches and players,” Harris said. “Just seeing how I would fit in there.”

Harris said he and his parents will have to be comfortable before there’s any chance of him committing during the visit.

“It all depends on if it feels right to my parents and I,” he said.