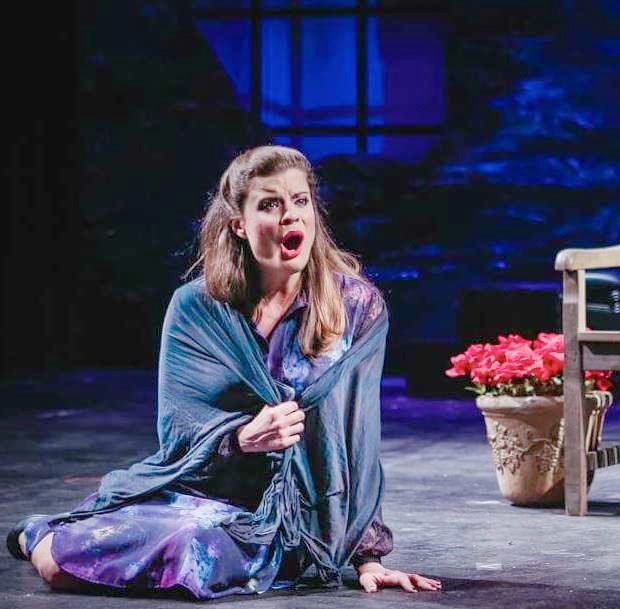 The collection of eight operas, each complete in 10 minutes, isn't new. Tamara Ryan, founder of Opera Fayetteville in 2012, saw it done in Boston, where she now lives.

Making those eight operas a "passport to opera" is, however, all Ryan's idea. Over the next 10 days, the eight operas will be done in "pop-up" productions at various locations around Fayetteville, all at no charge to viewers. The "Opera in Bloom" festival features short operas by Opera Fayetteville favorites Jake Heggie ("Three Decembers" and "Dead Man Walking"), Mark Adamo ("Little Women"), as well as Lori Laitman, Jonathan Sheffer, Benjamin Bierman, Anne Dinsmore Phillips, Richard Burke and Marjorie Merryman.

WHERE — Botanical Garden of the Ozarks in Fayetteville

"It will be fun for people who already love opera and a wonderful introduction for those who perhaps don't know if they like opera or not," says Ryan, who is from Fayetteville. "They're all in English, and they're all very relatable -- topics like Internet dating, getting cold feet at a wedding -- even a sonic screwdriver makes an appearance!

"And since they're complete pieces, they can be done singly in places like a coffee shop and the Farmers' Market.

"For each pop-up opera you catch, collect a sticker and $4 off our final, full-program concert and reception at the Botanical Garden of the Ozarks on May 5," Ryan adds. That performance financially supports the company's goal "to bring exquisite and moving performances to current and future opera lovers of Northwest Arkansas."