GRADY -- Before Arkansas executed Kenneth Williams, who confessed to killing four people, he became a minister on death row who sought to impart lessons to children at risk of leading criminal lives.

In the same vein arose the question of whether Williams was sincerely contrite and how much weight to assign his public apologies when he never directly reached out to the family of the man whose murder landed Williams on an execution chamber gurney.

Williams robbed a college cheerleader of adulthood; parents of their child; newborn babies of a father and grandfather; wives of their husbands, and he taunted his victims. Then he confessed to a long-unsolved murder and became a prolific death-row writer who developed board games to educate adolescents about gangs, drugs and bullying.

At 38, he died Thursday night at the Cummins prison unit, the same complex he escaped by hiding in a truck carrying hog slop Oct. 3, 1999. That was the day Williams killed 57-year-old Cecil Boren, his third murder victim and the one for which he received a death sentence.

Williams had spent less than three weeks at Cummins after receiving a sentence of life in prison for the murder of Dominique "Nicky" Hurd, a 19-year-old cheerleader at the University of Arkansas at Pine Bluff. Williams shot her execution style in a field after robbing her and her friend. Williams also shot the friend, Peter Robertson, who survived. 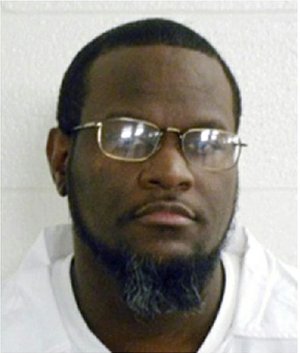 Photo by Arkansas Department of Correction via AP
Kenneth Williams 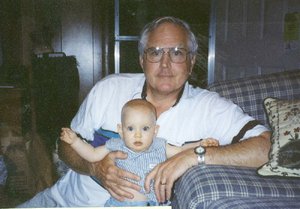 The Pine Bluff native's self-professed religious rebirth, which those who know him said has benefited others, was contrasted with the pain felt by his victims' families for more than a decade not long before his lethal injection.

Williams heckled Hurd's family after receiving that sentence, reminding them as he left the courtroom that he wouldn't die for the murder. He later spat on the body of 24-year-old Michael Greenwood, who died when Williams crashed Boren's truck into a water truck Greenwood was driving near Urbana, Mo., during a high-speed police chase.

When Williams received his death sentence nearly one year later, Hurd's father, Ricardo Hurd, shared how he felt when he knew his daughter's killer had escaped prison.

"I was angry," Hurd told an Arkansas Democrat-Gazette reporter at that time. "He has no remorse. I don't even consider him a person. There's nothing there. He's just cold."

Williams was sexually molested by another child at 8 years old, joined a Pine Bluff street gang at 9 and was sent to a reform school for the first time at 10, he said in his plea for mercy from the state Board of Parole on March 31. He spent much of his childhood in foster homes, reform schools and juvenile lockup. At 20, he was sentenced to life in prison. At 21, he was sentenced to die.

At 26, Williams converted to Christianity, he said at the clemency hearing.

"I surrendered my life to Christ if he could accept it," Williams said. "Because of his richness in mercy and love and forgiveness, he took me up on his offer, and life for me hasn't been the same since."

Shortly afterward Williams wrote a letter to the Pine Bluff Commercial -- five years after his death sentence -- in which he confessed to the then-unsolved murder of 36-year-old Jerrell Jenkins of Pine Bluff on the same night he killed Hurd. He wanted to confess his sins, he wrote.

Matt Henriksen, the creative writing director for the Northwest Arkansas-based Prison Story Project, came to know Williams and other inmates after the Arkansas Department of Correction allowed the project to work with prisoners on death row last year.

The program asks participating inmates to self-reflect and write. The written works are then handed over to actors who read them for public performances.

"[Williams is] an embodiment of the best aspect of the guys on [death] row that we saw," Henriksen, 39, said. "He is definitively transformed as a human being."

Kathy McGregor, the program's director, said the Safe House Youth Shelter in Minneapolis uses 10 books Williams wrote to help reach the homeless people between the ages of 16 and 20 whom it serves. Williams also developed board games with question-and-answer cards focused on criminal matters they may confront, she said.

"To kill him is to put out a bright and shining light that can offer so much hope and so much change to at-risk youth," McGregor said. "Who better -- who better -- to mentor and to minister to our young men and women getting wrapped up in gangs and violence and drugs and crime than someone like Kenneth?"

Williams named each of his four victims at his clemency hearing last month, repeating after each one, "I am sorry, and I speak your name," according to a transcript posted on a Facebook Web page alongside other writing attributed to the former prisoner.

"As inadequate as the word 'sorry' is, I would rather say it and mean it than not say it at all," Williams said.

Yet for all his writing and public apologies, Genie Boren never received a letter or personal apology from Williams.

Does Genie Boren believe that Williams was transformed on death row? She didn't doubt it, but it wouldn't influence her view.

"He still needs to be punished for what he's done to all of these people," she said. "I hope he has [converted to Christianity]. He should be ready to meet his maker."

Cecil Boren, the household cook, loved to garden and rarely ventured far from Grady as he grew older, Genie Boren remembered. Cecil, who served in the U.S. Marine Corps, later worked at a federal prison in Texarkana, Texas, and as an assistant warden at Cummins. Both Genie and Cecil ultimately took jobs with the Internal Revenue Service.

At the time of his death, autumn 1999, the retired Boren worked part-time at his personal tax office in Dumas. He spent free time growing Brussels sprouts, broccoli, cauliflower and assorted vegetables in a sizable garden. He couldn't figure out carrots, but he kept trying. He had two daughters and two grandchildren.

Cecil skipped church on the day he died and was cleaning his garden when Williams invaded his home, Genie said.

Boren walked in the door -- unaware of anything amiss, Genie believes -- and Williams used one of Boren's guns to shoot him in the chest. Boren turned around and ran outside. Williams shot him six more times in the back, including once in the head, then dragged his body behind the house. Williams stole Boren's Ford F-150, several firearms, a suit Boren wore to a funeral two days earlier and two of the dead man's rings.

Genie Boren arrived home from church and saw all of her cabinets open, saw that the gun chest was empty and saw that a house key was broken off in the door. She called Cecil's cellphone. She called the sheriff's office. She called her neighbor, who later found Cecil's body while Genie phoned police for the second time.

Until that moment, Genie hadn't considered that her husband was dead -- for a while she thought Cecil hopped in his truck to give chase to a thief -- and it would be hours before she learned that it was a fugitive from Cummins, the prison less than 5 miles from home, who killed her husband.

Boren said she never considered moving away from the family home, built by her grandfather, and hopes her children move in after she dies. But after Cecil died, which is how she refers to the murder, she installed an alarm system and converted an open carport into a closed-in garage.

"My daughter said it's like a fortress here, and it is," Boren said.

Boren said she thinks about Williams every time she drives down her gravel road and turns south on U.S. 65.

"You can't help but look over there -- he's right there across that field in [Varner] Supermax," she said.

His execution, she hopes, will allow her to think about something else when making that drive.

"It's not going to be a happy hooray," she said, "but maybe I will feel at peace."