Police: Arkansas man accused of sneaking into yard, having sex with pet donkey 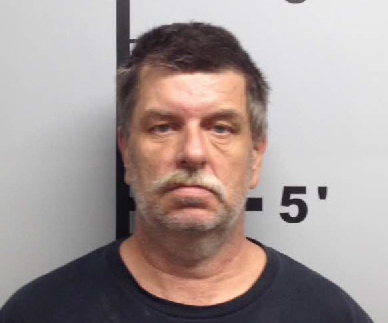 Authorities say an Arkansas man has been arrested after being accused of sneaking into a yard and having sex with one of the homeowner's donkeys.

The Siloam Springs Police Department said the residence in the 1800 block of Cheri Whitlock Street had been under extra patrols for the past month because a man was coming into the yard, feeding and engaging in sexual acts with a pet donkey.

The homeowner called police around 1:30 a.m. July 16 to report the man was in the field again.

When an officer arrived, he found Everett Lee Compton, 49, hiding behind some bushes. Compton reportedly said he was taking a walk.

The police report states that the officer asked him about the donkeys, and Compton replied that he gave them carrots but did not have sex with them.

After the officer informed Compton there was footage, the 49-year-old reportedly said that marijuana “makes him do sick things.”

Video footage showed Compton feeding a donkey carrots, then covering its eyes, police said. The footage also shows him standing behind the animal and appearing "to have some type of sexual interaction” with the donkey, according to the report.

Compton was booked into the Benton County jail Monday, where he was being held in lieu of $5,000 bond as of Tuesday afternoon.

He is charged with four counts of criminal trespassing, bestiality and cruelty to animals. His next court appearance is scheduled for Sept. 11.