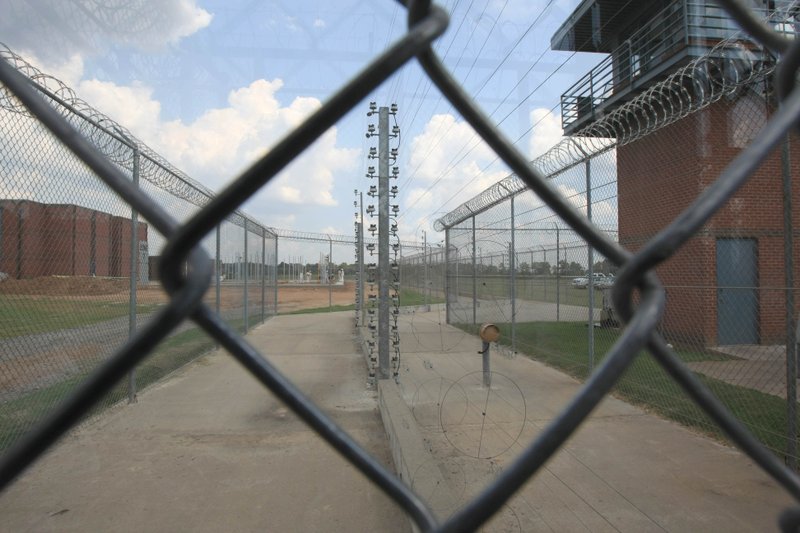 FILE - The Maximum Security Unit in Tucker is shown in this 2009 file photo.

The disturbance at a maximum security prison in Arkansas has been resolved, authorities said.

A prisons spokesman said the Maximum Security Unit in Tucker was "in the process of returning to normal operation" after six inmates earlier Monday snatched keys and took control of an area in the prison where three correctional officers were.

Minutes later, he issued a statement saying the entire situation had been "resolved" as of 6:45 p.m.

Maximum Security Unit in Tucker in 2009

One inmate who was said not to have been involved in the initial disturbance was taken to the hospital for injuries sustained at some point during the incident. He was later listed in stable condition.

All correctional officers who had been held when inmates took control of part of a maximum security prison in Arkansas have been released, authorities said Monday.

A prisons spokesman initially said three officers were in the area where inmates took control. Officials first said two were released without "major injury," and added minutes later that all three were free. The third also wasn't seriously injured.

It wasn't immediately clear if the inmates were still in control.

Two correctional officers who had been held by inmates who took keys at a maximum security prison have been released, authorities said.

A prisons spokesman said the two officers had been released as of 6:15 p.m. and had sustained "no major injuries."

The spokesman said in a statement that an inmate who was hurt was also released and was taken to a local hospital. He was said to be in stable condition.

The inmate was not involved in the initial disturbance, the statement noted.

Officials said earlier three officers were being held in the area where the inmates took control of the prison. The status of the third officer wasn't immediately clear.

Six inmates have control of the keys and doors in one area of a maximum security prison in Arkansas, the state Department of Correction said.

Prisons spokesman Solomon Graves said the inmates took the keys during a recreation call at the Maximum Security Unit in Tucker. Three correctional officers are reportedly in the area where the inmates have control of the doors.

Reached by phone Monday afternoon, Wendy Kelley, director of the Arkansas Department of Correction, said the officers inside the unit are fine right now.

Graves said in a statement at 6:10 p.m. that conversations with the involved inmates were "proceeding in a positive direction."

Bill Sadler, an Arkansas State Police spokesman, said state police have not entered the prison and are on stand by to investigate any harm or physical injury that led up to the situation. But, he said it's unclear if any physical injury took place in the lead-up to the incident.

As of Monday afternoon, he said the Department of Correction is overseeing the situation inside of the unit.

More details will be released as the situation develops, Graves said.

The latest trouble at the unit comes weeks after correctional officers fired warning shots while responding to a reported stabbing in a solitary confinement area at the same prison.

On July 22, two correctional officers were assaulted trying to handcuff an inmate, but neither they nor the stabbed prisoner needed outside medical attention, the spokesman said.

In the July case, at least two inmates made it out of their single-man cages in the prison's isolation recreational area, Graves said. From there they were able to breach the cage of a fellow inmate, who was stabbed. Correctional officers responding to the incident were assaulted as they attempted to handcuff one of the out-of-bounds inmates. That's when the three warning shots were fired, Graves said.

The injuries suffered by the officers and the inmate include cuts, lacerations, abrasions and bruising, according to a statement Graves released last week.

The unit is located off Arkansas 15 in Jefferson County about 25 miles northeast of Pine Bluff. The prison can hold more than 530 inmates and employs nearly 300 workers, according to the Department of Correction website.