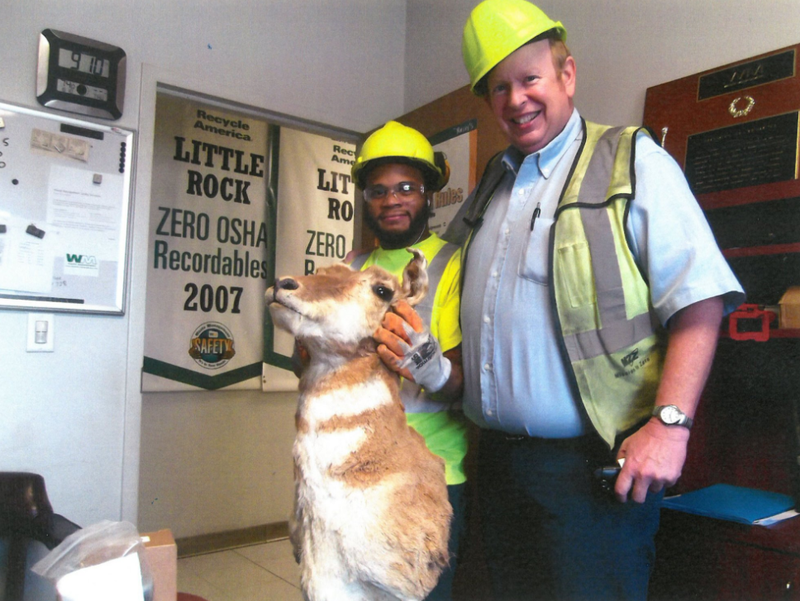 This photograph posted on the city of Little Rock Twitter account shows a stuffed antelope head found in a recycling bin Thursday.

An antelope head, for the record, is not recyclable in Little Rock.

The city said on Twitter that crews Thursday found a stuffed head of a brown-and-white furred pronghorn antelope in a recycling bin.

"Clearly it was hanging on the wall at one point," said Lamor Williams, spokesman for the city.

The unique item should actually have been thrown in the trash, Williams said, as it doesn't qualify for recycling.

Items that shouldn't be recycled are frequently mixed in bins in central Arkansas, tainting the load. About 40 percent of loads were being sent to a landfill instead of being recycled, Pulaski County recycling officials said last year.

Propane tanks, bowling balls, manhole covers and dirty diapers were among the non-recyclable items workers reported sometimes finding in the mix then.

But Williams said the antelope head sets a new standard.

"That's the best one so far, [recycling crew members] think," he said.