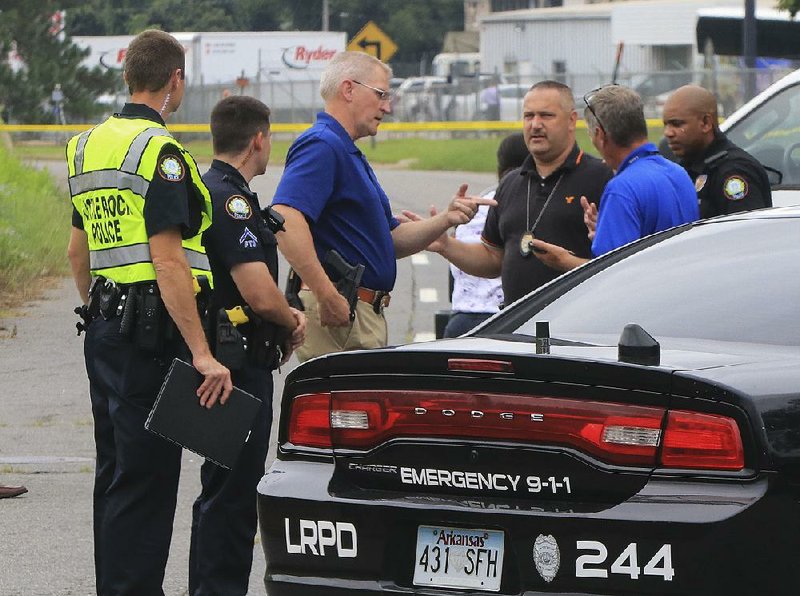 Little Rock police are investigating the city's 42nd homicide of the year, matching the total number of killings in 2016 and continuing a pace to be the deadliest year in more than two decades.

From Friday to Monday afternoon, three people were killed and at least eight people were wounded by gunfire in Little Rock, according to police reports. Authorities said the three homicides occurred during a 48-hour period from midday Saturday to midday Monday.

Arkansas' capital has seen a surge of violence this year. The city gained national attention after a shootout at a Little Rock nightclub in July injured 25 people. Three others were hurt in the stampede to flee the club.

The 42 homicides reported this year are a significant increase compared with the 19 homicides recorded during the same time period in 2016. With 4½ months to go in the year, Little Rock is on track to end the year with the highest number of homicides since 1993, when the city logged 76 homicides, according to department data.

In Little Rock, there were 2,094 violent crimes from the beginning of the year to Aug. 7, a 19 percent increase compared with the same period last year, according to preliminary department data.

After the shootings at the nightclub, Little Rock Mayor Mark Stodola announced a series of new and existing strategies to address crime in the city. The nightclub shootout also prompted the creation of an FBI-led task force aimed at targeting gangs and violent crime in Little Rock, according to federal authorities. The joint task force includes members of 10 law enforcement agencies from the local, state and federal level.

Little Rock police were called at 3:23 p.m. Monday to the triple shooting on Asher Avenue, where they found that a 2006 Audi had crashed into a Dodge truck, according to a report.

Witnesses said the Audi had been hit with bullets before it crashed into the truck parked outside 5601 Asher Ave. The bullets were fired from a white vehicle, which, like the Audi, was also traveling west on Asher Avenue, the report said.

Davis had been shot in the head and was listed in critical condition Monday evening. Yancy, who was driving the vehicle, and Norris reportedly did not have life-threatening injuries.

Eric Riggs, a manager at a business across the street, said he heard at least four shots, then rushed across the avenue to find a woman screaming.

Riggs went to the driver's-side door and lifted the side air bag. He found a man slumped over between the driver and passenger seat, he said. The man had been shot in the back of the head and was unconscious, he said.

Despite the injury, Riggs said, the man had a pulse.

"I kept telling him it wasn't his time," he said, adding that he didn't leave the victim's side until the man went into the ambulance.

The vehicle carrying the gunman in the triple shooting is a white four-door Dodge Durango, Buckner said.

Before the triple shooting, just down the street, one person was shot in the stomach at the Asher One Stop, a convenience store, and suffered nonfatal injuries, said Lt. Steve McClanahan said. A witness, Marcus Jones, 26, said he was helping to remove a tree that had fallen on a car just off Maple Street when he saw someone get out of a car and fire shots at a man in front of the convenience store.

Buckner said Monday afternoon that it's unclear if the two shootings are connected.

Earlier on Monday, police were called to Frontage Road near East 29th Street about 9:30 a.m. on a report of a man on the ground, McClanahan told reporters at the scene.

Police found a man lying in the grass near Frontage Road, which is adjacent to Interstate 30, according to a police statement. The statement identified the man as 27-year-old Antwon Bryant of Little Rock.

McClanahan said the man appeared to have been fatally shot, since there were shell casings found at the scene.

About 3:30 a.m., he said, police were dispatched after a report of shots fired at 500 East Roosevelt Road, less than a quarter of a mile from where the man was found Monday morning, he said.

"That's not that far from here," McClanahan said Monday morning. "That could be related."

Police reported two homicides over the weekend. According to the department, Vincent James was fatally shot during a robbery early Sunday and died later Sunday morning. The day before, on Saturday, authorities found Allen Sims, a homeless man, dead near an alley between South Gaines and South Arch streets, according to a statement from the department.

In the Sims case, authorities have arrested Dupree Boatner, 21, of Little Rock. McClanahan said authorities developed Boatner as a suspect after interviewing witnesses and finding evidence at the scene.

"Some days you feel like you take one step forward, and then you have something like this happen, and you see that we still have much work to do," Buckner said after the triple shooting. 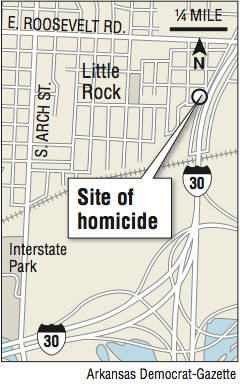 Information for this article was contributed by Emily Walkenhorst of the Arkansas Democrat-Gazette.