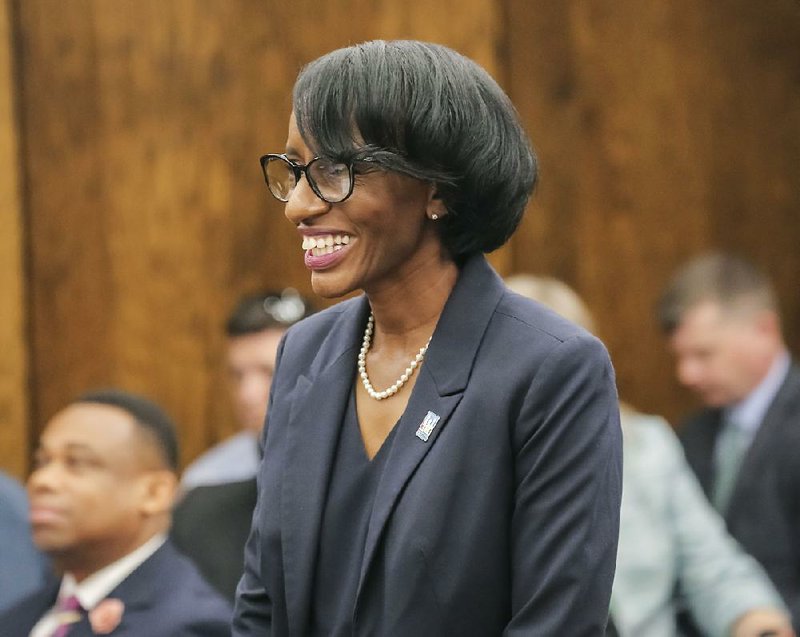 The panel voted 5-0 to endorse both the Einstein Charter School at Little Rock, to be housed in the former Garland school, and ScholarMade Achievement Place, to be housed in the former Mitchell school, over the objections of Little Rock School District Superintendent Mike Poore, who said there is an overabundance of available public school seats in the district. To add more will create “turmoil,” he said.

The Einstein Group Inc. operates four schools in New Orleans for 1,400 students — of which 92 percent are from poor families and 32 percent are English language learners. Over seven years, 100 percent of the schools’ end-of-year algebra I test-takers have scored at proficient levels, CEO Shawn Toranto told the Arkansas panel.

“Students should be allowed to attend the schools that meet their needs,” Toranto said in reporting the low achievement levels at Little Rock’s Watson Elementary School and Cloverdale Middle School compared with statewide achievement levels. “Einstein has proven success,” she said. “Poverty does not have any bearing on intellectual capability.”

Phillis Nichols Anderson, the executive director of ScholarMade Educational Services Inc., an Arkansas nonprofit, told the authorizing panel that her organization is committed to “the development of brilliance in children and youth.”

“Our scholars will become leaders and problem-solvers who will improve conditions wherever they choose to work and live,” she said.

The authorizing panel — made up of staff members from the state Departments of Education and Career Education and interested citizens — disapproved proposals Tuesday for two other charter schools: Focus STEM Academy for grades five through eight in Bentonville, and P3 Academy Charter School in McGehee for grades one through four. Panel members cited concerns about financial viability of the plans in their rejection of the two plans.

The panel will meet again today and Thursday on as many as five more charter school applications — including two more proposals for schools in Little Rock, two in Pine Bluff, and one in Weiner.

The authorizing panel’s votes on each of the applications will ultimately go to the state Board of Education, which has the authority to accept a panel decision or hold its own hearing on an application before making a final decision on a proposed school.

While the panel is expected to submit decisions on a total of nine charter school plans, the state Education Board can approve no more than five new schools for the 2018-19 school year.

The proposals for new public charter schools in the Little Rock School District come at a time when the school district is being managed by the state with a state-appointed superintendent and no locally elected school board. The state took control of the state’s largest district in January 2015 because six of its 48 schools were labeled as being in academic distress for chronically low student achievement on state exams. Three of the six schools have since been cleared of the label.

On Tuesday, Kurrus’ replacement, Poore, urged the charter panel in a room full of state and city government and education leaders to deny the Einstein and ScholarMade plans. He said the district is offering innovative education plans — including literacy and career education initiatives — and its schools showed achievement gains on the 2017 Aspire tests.

“I’ve had numerous people in front of me, as well as folks who are behind me and those who are out in the community, state to me over the last 12 months: ‘Mike, tell us what we can do. Tell us how we can help and support you as we go through trying to make the Little Rock public schools the public school district we really want it to be,’” Poore said.

“You as an authorizing panel have the opportunity right now in my mind to help us,” he said. “If we add additional seats into the mix right now, you are creating a situation that is going to create greater turmoil within this community. You are going to create a situation that makes it more challenging for us to move forward with some of the efforts that we are doing to turn it around.”

The proposed Einstein Charter School at Little Rock would start its operation with a cap of 300 in kindergarten through third grades in 2018-19, adding one grade and more students every year through eighth grade. The charter school would be open to all interested students, but school leaders would target families in the city’s southwest area, including the Cloverdale and Watson areas.

The Einstein programs focus on science, technology, engineering and mathematics. Instruction would be a blend of traditional teaching and digital lessons. The school will have a nearly 1-to-1 ratio of students to electronic devices. Teachers who do not have state licenses would have one year to acquire that credential.

The school will communicate with parents in their native languages and “drop everything else” to talk to parents as part of its open-door policy, the school application states. Transportation, including reimbursed bus passes, will be offered. Three free meals and two snacks will be provided daily for every student.

The plan for the Little Rock school calls for a 185-day school year and seven hours and 45 minutes a day of instructional time, compared with the standard 178-day school year for Arkansas public schools. After-school and summer school programs will be a feature of the school that is intended to prepare students for high school. Other features include “signature programs” intended to teach students the importance of civic engagement and leadership. 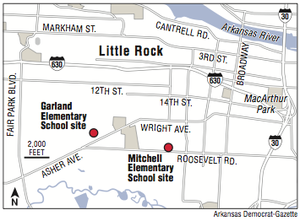