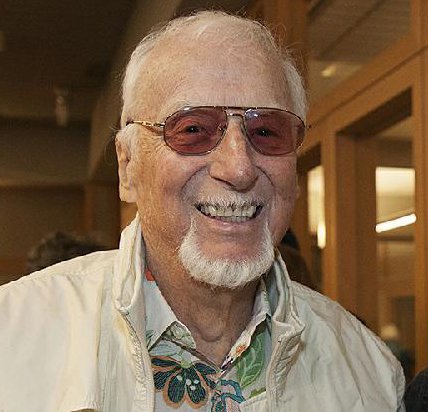 Elvis Presley knew Sonny Burgess was on to something.

It was 1955, and Burgess and his band had been opening for Presley at clubs along U.S. 67 in rural northeast Arkansas. The highway, an artery to Memphis dotted with juke joints and honky tonks, was a hotbed for traveling musicians. Jerry Lee Lewis, Johnny Cash and Conway Twitty were regular performers on the so-called Rock 'n' Roll Highway.

Among those music legends, the rockabilly sound of Sonny Burgess and the Moonlighters caught Presley's attention. He recommended that Burgess' group go to Sun Studio in Memphis and record with fabled producer Sam Phillips.

Those recordings were some of the earliest in a lifelong career that made Burgess and his band, known for most of their time together as Sonny Burgess and the Pacers, one of the most respected and influential acts of the era. Their hit songs include "We Wanna Boogie" and "Red Headed Woman."

Burgess, who had struggled with complications from diabetes in recent years, died Friday in Little Rock. He was 88.

"His guitar playing was something else back then," said Bobby Crafford, Burgess' friend and band mate of 62 years. "There's not many like him."

Burgess was born in Newport. He often told people there were only two radio stations he could pick up in the town, according to his longtime friend Henry Boyce. Both of the stations broadcast from Memphis. One of them played country. The other played rhythm and blues.

It was from those genres that Burgess formed a sound that was energetic, twangy and pioneering.

"I don't know if [Burgess and his band] were aware they were on the cutting edge of what would become an international phenomenon," said Boyce, founder of the Rock 'n' Roll Highway Museum in Newport. "But it was new and exciting."

The band's performance style was also new and exciting. Most acts at the time stood still when they played. But Burgess and his band mates put on shows that matched the hip-wiggling Presley in liveliness.

"They would jump around the stage and jump off the stage into the crowd, which was sort of unheard of back then," Boyce said. "They would form human pyramids while still playing their instruments."

Burgess and the band played alongside other music icons, including Roy Orbison and Carl Perkins, over the years.

"They were all our friends," Crafford said. "We partied with them and played with them."

The band has been named to the Rockabilly Hall of Fame in Jackson, Tenn., and the Arkansas Entertainers Hall of Fame. The group received the Governor's Arts Award for Folklife in 2016.

Sonny Burgess and the Pacers also found popularity abroad. The band has been named to the Rock and Roll Hall of Fame of Europe.

Wherever the band played, Burgess forged a deep connection with the audience.

"He loved the fans," Crafford said. "He loved the people. Everywhere we went, he was cordial. We would sit down and sign [autographs], and it was nothing for him to do that. I think that's why people loved him."

Burgess and the band's last album, Live at Sun Studios, was recorded in 2012. They had been performing around the South this summer when Burgess' health started to decline.

The band's next performance is set for Sept. 3 in Memphis. Crafford said the band will play in Burgess' memory.

Jonesboro radio station KASU-FM, 91.9, on which Burgess hosted a weekly music show for more than 10 years, said in a statement that it's also planning a tribute.

"We mourn his passing and extend condolences to his family, his throngs of friends and fans the world over," the statement said.