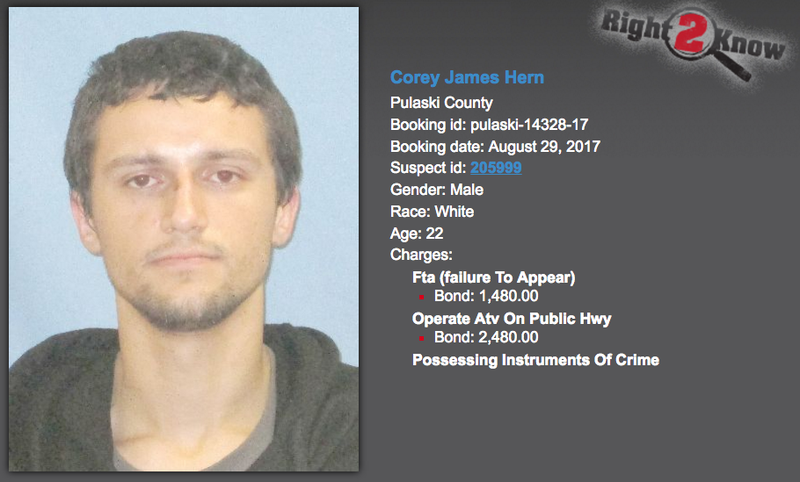 A 22-year-old man was arrested early Tuesday after he drove a golf cart on part of a Little Rock interstate, police said.

Corey James Hern of Little Rock was spotted by a police officer driving a golf cart on an Interstate 630 off-ramp at University Avenue sometime before 3:30 a.m., according to a report.

Hern was stopped, and a pipe used to smoke illegal drugs was found on his person, according to an arrest report.

Hern was arrested on charges of driving an unlawful vehicle on an interstate as well as possessing an instrument of a crime.

A court date is scheduled for Oct. 4.