Tillerson seen as on way out; Pompeo in wings 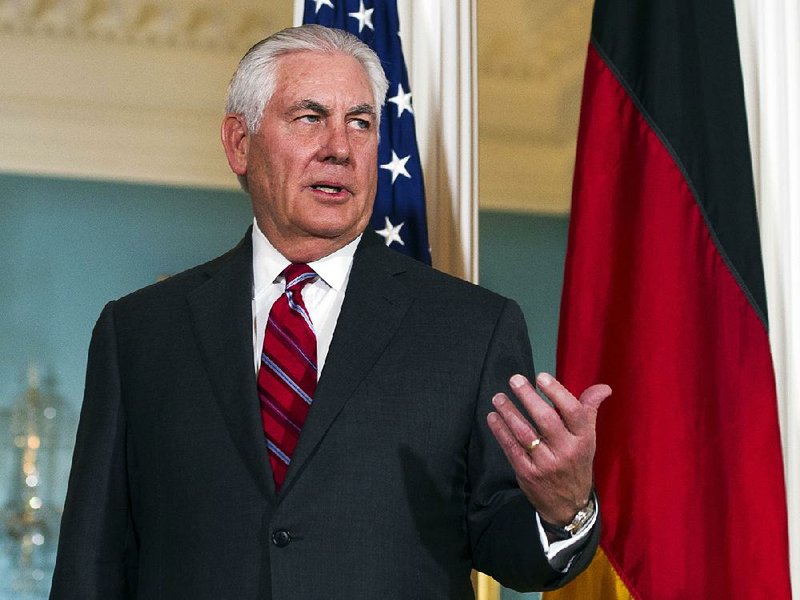 Secretary of State Rex Tillerson answers a reporters question about North Korea while he meets with German Foreign Minister Sigmar Gabriel, left, at the State Department in Washington, Thursday, Nov. 30, 2017.

WASHINGTON -- The White House has developed a plan to force out Secretary of State Rex Tillerson, whose relationship with President Donald Trump has been strained, and replace him with Mike Pompeo, the CIA director, within the next several weeks, senior administration officials said Thursday.

Pompeo would be replaced at the CIA by Sen. Tom Cotton, R-Ark., who has been a key ally of the president on national security matters, according to the White House plan. Cotton has signaled that he would accept the job if offered, said the officials, who insisted on anonymity to discuss sensitive deliberations before decisions are announced.

It was not immediately clear whether Trump had given final approval to the plan developed by John Kelly, the White House chief of staff, but the president has been said to have soured on Tillerson and in general is ready to make a change at the State Department. Tillerson was at the White House on Thursday twice for meetings, but neither the president nor his team gave a public reaffirmation of his position in the administration.

As he hosted the visiting crown prince of Bahrain, Trump was asked by reporters if he wanted Tillerson to stay on the job. "He's here," Trump said simply. "Rex is here."

Sarah Huckabee Sanders, the White House press secretary, issued a statement saying that "there are no personnel announcements at this time."

"When the president loses confidence in someone, they will no longer serve in the capacity that they're in," Sanders told reporters at a later briefing. "The president was here today with the secretary of state. They engaged in a foreign leader visit and are continuing to work together to close out what we consider an incredible year."

Heather Nauert, the State Department spokesman, went further, saying Kelly called to deny that there was a transition plan. Nauert noted that Tillerson not only had been to the White House twice Thursday but also had spoken with Germany's foreign minister and the U.N. secretary-general.

"He remains, as I have been told, committed to doing this job," Nauert said. "He does serve at the pleasure of the president. This is a job that he enjoys."

Senate Foreign Relations Chairman Bob Corker, R-Tenn., a Tillerson ally, dismissed the reports about Tillerson's departure and suggested that rivals inside the administration were "seeking to undermine his presence."

"I don't think Secretary Tillerson's getting ready to be ousted," Corker told reporters, noting that Tillerson talked with Trump on Thursday morning on a diplomatic call with another world leader. "It's been evident to me that, for some time, somebody has been seeking to undermine his presence. I don't know who that is."

Corker, who was considered for the secretary of state job a year ago but whose relationship with Trump has been strained in recent months, said of Tillerson's possible replacement, "I could barely pick Pompeo out of a lineup. I just don't know him. That's not dismissive. I just don't have any frame of reference."

Tillerson accompanied Trump on part of his Asian trip earlier this month, and the pair gave no obvious sign of estrangement. Tillerson has kept up a steady schedule of appearances, including a speech Tuesday at the Woodrow Wilson Center in which he said the United States and European allies recognize the "active threat of a recently resurgent Russia."

Under the plan conceived by Kelly, the shake-up of the national security team would happen around the end of the year or shortly afterward. It was not known if Tillerson had agreed to step down by then.

Public disclosure of Kelly's transition plan may have been meant as a signal to the secretary that it is time to go, officials said. One person close to Trump said it may be a way to lock the president into a transition he might otherwise be reluctant to make.

At the same time, there was some concern in the White House about the appearance of a rush to the exits given that other senior officials may also leave in the early part of the new year. White House officials were debating whether it would be better to spread out any departures or just get them over with all at once.

White House officials said Tillerson had been seen as a lame duck as far back as late summer. Although Kelly sought to keep him from leaving then for the sake of continuity in the first year, the chief of staff has since come to grow weary of the constant fighting over personnel between the State Department and the White House, White House officials said. White House aides telegraphed clearly to a number of presidential appointees that Tillerson's days were numbered and that the only question was how long he would remain.

The ouster of Tillerson would end a turbulent reign at the State Department for the former Exxon Mobil chief executive, who has been largely marginalized over the past year. Trump and Tillerson have been at odds over a host of major issues.

The secretary was reported to have privately called Trump a "moron," and the president publicly criticized Tillerson for "wasting his time" with a diplomatic outreach to North Korea. Tillerson's advice to Trump to stay in the Paris climate deal and to certify Iran's compliance with the nuclear deal was overruled. And when Tillerson in June called on Arab nations to ease their blockade on Qatar, Trump emerged in the Rose Garden hours later to lambaste Qatar for funding terrorism.

An end-of-year exit would make Tillerson's time in office the shortest of any secretary of state whose tenure was not ended by a change in presidents in nearly 120 years. Though his departure had been widely anticipated, associates have said he was intent on finishing out the year.

While some administration officials initially expected him to be replaced by Nikki Haley, the ambassador to the United Nations, Pompeo has become the White House favorite.

Pompeo, a former three-term member of Congress, has impressed Trump during daily intelligence briefings and has become a trusted policy adviser even on issues far beyond the CIA's normal mandate, like health care. But he has been criticized by intelligence officers for being too political in his job.

Cotton has been a key Trump supporter in the Senate on national security and immigration, and a valued outside adviser. Officials cautioned that there was still a debate about whether Cotton was more valuable to the president in the Senate than in taking over the spy agency in Langley, Va., but he is the consensus choice at the moment. 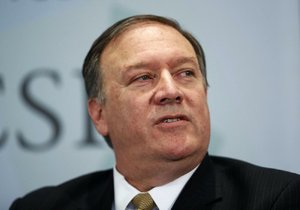 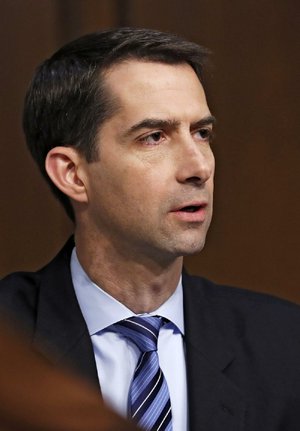 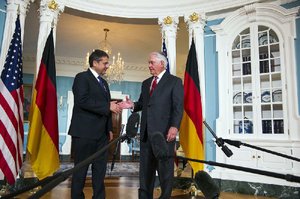 Seat in Senate in play if Cotton goes to CIA

Print Headline: Tillerson seen as on way out; Pompeo in wings