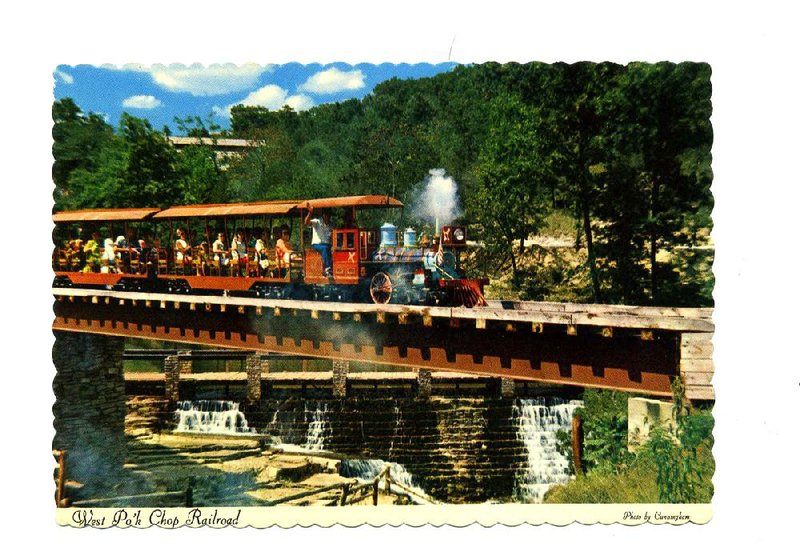 Dogpatch USA in shown in this 1969 postcard. These tourists were enjoying a ride on the West Pork Chop Railway. Dogpatch USA, which opened in 1968, was an amusement park based on characters and locations in Al Capp’s popular “Li’l Abner” comic strip.

The owners of the former Dogpatch theme park in Newton County have agreed to lease the 400-acre property to Heritage USA, a conservative entertainment company, with options to buy.

"Heritage USA Inc. has acquired a historic theme park property in the U.S., a hotel, RV park and theater," according to heritageusa.com. "The new location will be the site of our production and broadcast studios as well as a resort for families and travelers to visit."​

It will be called Heritage USA Ozarks Resort, David Hare, a representative of the company, said in a video posted on YouTube.

Dogpatch through the years

Charles "Bud" Pelsor, one of the property owners, said an agreement was reached Nov. 26 and the lease will begin March 1. He wouldn't reveal details of the agreement but said there are options to buy the property during the lease and when it ends. Pelsor said he believes Hare lives in Las Vegas.

Pelsor and his business partner James Robertson of Newbury Park, Calif., had been trying to sell the property for about $2 million. They were asking $3 million when it was first posted for sale in March 2016.

Pelsor said Heritage USA's lease-purchase agreement on a hotel and convention center in nearby Marble Falls is a separate deal with a different owner.

Pelsor, who invented a "spill-proof" dog bowl, said Heritage USA won't try to resurrect Dogpatch, but it will restore some of the buildings and have a Dogpatch museum.

"They don't want to destroy the image of Dogpatch and piss people off," Pelsor said. "It will be a theme park. It will not be a thrill park. And it will be family friendly."

On his Facebook page, Pelsor wrote: "There were other offers. None of the other offers even made mention of how they would honor the past."

Dogpatch USA was a theme park from 1968 to 1993 based on Al Capp's "Li'l Abner" comic strip, which was published in more than 700 newspapers across the country.

At its zenith, Dogpatch and Marble Falls, a neighboring park with a ski resort, encompassed about 863 acres.

Constructed for $1.33 million ($10 million in today's dollars), Dogpatch originally featured a trout farm, buggy and horseback rides, an apiary, Ozark arts and crafts, gift shops and entertainment by Dogpatch characters, according to the Encyclopedia of Arkansas History and Culture. Amusement rides were added later.

More than 300,000 people visited Dogpatch in 1968, but attendance remained below 200,000 a year in subsequent years, according to the encyclopedia article.

Pelsor and his partner bought Dogpatch in 2017. They had planned to turn the site into an ecotourism "village" complete with artisans, a restaurant, and a creek stocked with trout and freshwater pearl mussels.

Pelsor said he will stay on through the transition.

"I'm going to stay as part of Heritage USA," he said. "I'm going to usher in the next era. I can tell you it will be a family-friendly theme park. Not religious but family friendly."

Pelsor said this Heritage USA isn't affiliated with a theme park by the same name in Fort Mill, S.C., that was built by televangelists Jim and Tammy Faye Bakker.

But a person named David Hare left the following comment on the Bakker's Heritage USA Facebook page: "Big supporter, believer in Heritage USA! Stood on the berm when it was closed and cried deep tears."

In a video posted Oct. 14 on YouTube, Hare said the heritageusa.com website would become operational on Thanksgiving day. That same video is the one now posted at heritageusa.com.

In the video, Hare talked more about the company.

"I don't know why, but Christianity is under attack in America," he said. "And Christianity goes hand in hand with our great American heritage. And we're here to support it and defend it through the creative arts and production and entertainment.

Heritage USA will use its creative talent to poke fun of Hollywood liberals, Hare said in the video. But the company also will make good-natured fun of President Donald Trump.

"The good kind of fun family and friends have," Hare said.

A mission statement on Heritage USA's Facebook page read: "Concerned about the desecration of American historical sites and the rise of anti-American sentiment within America's entertainment culture, a team of writers, directors, producers, musicians, animators, imagineers and business professionals with over 40 years experience in entertainment and media came together to establish Heritage USA, an organization celebrating American exceptionalism and sacrifice."

Its first animated character is a rabbit named Hubble Hare, who wears an outfit of red, white and blue stars and stripes. 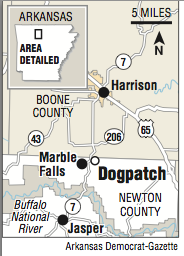