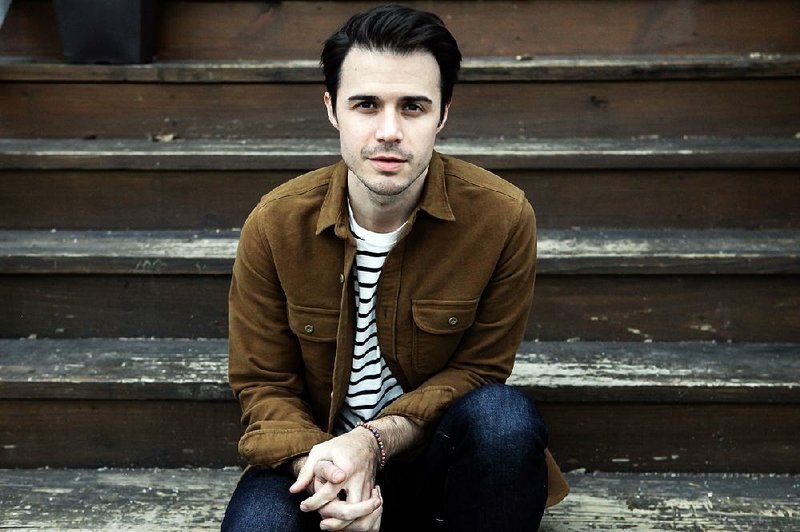 "What is today," singer asks Kris Allen with a laugh earlier this month while traveling to a gig Hartford, Conn. "It's all blurring together."

The Arkansas native and 2009 American Idol winner was just getting his road legs under him a few days into his "Somethin' About Christmas" tour, which makes a stop Saturday at Central Arkansas Library System's Ron Robinson Theater in Little Rock.

"Putting it together has been a little bit different," he says. "I've never played a Christmas show, really, and it's been fun. My job with this show is to get people into the spirit. We've only played two shows, but people are coming and feeling like, 'OK, I'm ready for Christmas now.'"

Allen, 32, who lives in Nashville, Tenn., with wife Katy and their two young children, is bringing a six-piece band with him. Opening the show will be Virginia-based singer Marie Miller.

"She's awesome," he says of Miller. "I've been playing shows with her for a long time now. I actually sing during her set and then she sings during mine. It's cool."

Allen grew up in Jacksonville and is a 2003 graduate of Mills University Studies High School in Little Rock. His musical career got started on the biggest possible stage, coming out on top of Idol's eighth season. A self-titled album -- his second studio effort -- was released, with Allen co-writing nine of the record's 12 songs. He followed with 2012's Thank You, Camellia; Horizons from 2014 and last year's Letting You In.

On New Year's Day 2013, he and Katy were involved in a head-on crash with another vehicle near Maumelle that left him with a shattered wrist. Although he would eventually have to re-learn how to play guitar, Allen didn't let the wreck slow him down, touring constantly and recording Horizons.

Saturday's show will, naturally, feature tracks from his 2016 LP Somethin' About Christmas.

"I'm really proud of it. Weirdly, it's one my favorite things I've done," he says of the record, which features originals "Just Like Snow," "Mommy, Is There More Than Just One Santa Claus" and the title cut as well as standards like "Rockin' Around the Christmas Tree," "Winter Wonderland" and "Here Comes Santa Claus."

Ask him what's his favorite to perform, and he's quick to say that he prefers the classics.

"The real jazzy ones that you hear Frank Sinatra or Bing Crosby sing, and I really love playing 'The Christmas Song.' It's complex and fun to sing."

Still, the show won't be all sleigh bells, jolly elves and chestnuts roasting on an open fire.

"I didn't want to do just all Christmas, but I wanted it to feel like a Christmas show, so there are some other songs in there," he says. "But even in those, you might hear a bit of Christmas tinge to them. But if you don't like Christmas, don't worry, there will still be a couple songs for you."