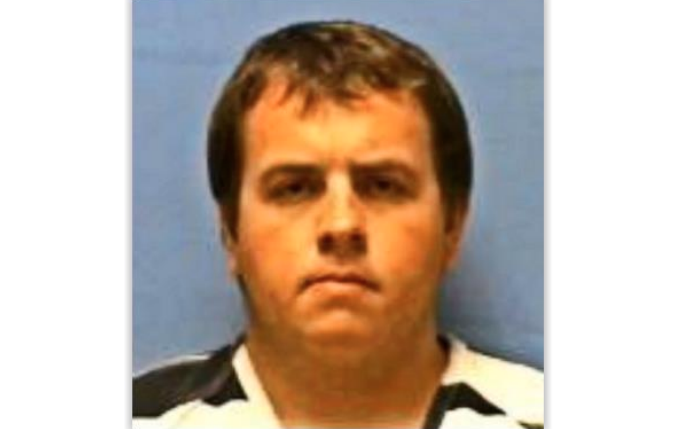 BLYTHEVILLE -- A Mississippi County Circuit Court jury sentenced a Missouri man to 24 years in prison Thursday evening after finding him guilty of fatally shooting a Monette man in October 2016 during an altercation over the herbicide dicamba.

The jury of six men and six women found Allan Curtis Jones, 27, of Arbyrd, Mo., guilty of second-degree murder and an enhanced weapons charge after deliberating for just more than an hour. Prosecutors had charged Jones with first-degree murder in the death of Mike Wallace, 55, of Monette.

Jurors took only 36 minutes to recommend sentencing Jones to 18 years on the murder charge and an additional six years for using a firearm while committing a felony.

"Obviously, I am disappointed with the verdict and the imposition of the sentence," said Wendell Hoskins, a Caruthersville, Mo., attorney who represented Jones. Also representing Jones were Jim Harris and Zach Morrison of Blytheville.

Jones, who testified Thursday, showed little emotion when Circuit Judge Cindy Thyer read the verdict. He turned toward his wife, Megan, who sat behind him during the trial, and mouthed "It's OK."

Prosecutors said Jones shot Wallace seven times Oct. 27, 2016, during a scuffle on Mississippi County Road 38 north of Leachville, near the Missouri and Arkansas border. Wallace, who farmed 5,500 acres of cotton and soybeans, called Jones earlier that day and said that drifting dicamba that Jones had sprayed on a field near Wallace's land had damaged Wallace's soybean crops.

Hoskins said Jones shot Wallace in self-defense after Wallace charged at him when the two met and Wallace grabbed Jones.

Dicamba is a broad-spectrum herbicide first registered in the United States in 1967. It is a plant-hormone-mimicking chemical that kills weeds and other plants -- including soybeans, ornamental flowers and trees. The Arkansas Plant Board proposed to restrict farmers from using dicamba next year after receiving scores of complaints from farmers, but a legislative subcommittee refused to ratify the proposal Tuesday.

Prosecutors did not focus on dicamba during the trial, saying it was not part of the case.

"This trial was not about dicamba," said 2nd Judicial District Deputy Prosecuting Attorney Curtis Walker of Blytheville. "It was about Mike Wallace."

Jones said Thursday that he didn't know Wallace but agreed to Wallace's request to meet on the rural road to "straighten things out."

Jones testified that Wallace threatened to fight him and said that if Jones failed to meet him that day, Wallace would find Jones later and "get you." Jones said he didn't know what Wallace meant. He told jurors that he did not talk to anyone about Wallace or the effects of dicamba on Wallace's field.

Cyril Wecht, a forensic pathologist from Pittsburgh who has worked in high-profile cases such as the assassinations of John F. Kennedy, Robert Kennedy and Martin Luther King Jr., and in the deaths of Michael Jackson, Phil Spector, Vince Foster and Elvis Presley, testified for the defense Thursday that he reviewed the Arkansas Crime Laboratory's autopsy of Wallace.

Wecht said Wallace's gunshot injuries were consistent with reports that Wallace attacked Jones when fired upon. He said a wound in Wallace's back was probably the last shot Jones fired, and it presumably occurred as Wallace fell to the ground.

When Walker cross-examined Wecht, he asked a simple question: "Are you absolutely certain?"

"Do I state this with absolute certainty," Wecht replied of his belief. "No."

Hoskins said Wallace obtained Jones' telephone number and called him at 4:30 p.m. Oct. 27, 2016, cursing at him and arranging the meeting. He texted Jones at 4:49 p.m. and said he was waiting for him on the county road.

At 4:57 p.m., Wallace texted Jones again asking him if he was going to meet him. A minute later, when Jones had yet to arrive, Wallace texted, "Looks like you don't have much to say now."

Jones said when he arrived to meet Wallace, Wallace immediately ran at him from his truck, looking like a "wild man" and grabbed Jones' right arm. Jones said he backed up beside his own truck and then took his .32-caliber semiautomatic handgun from his back pocket and "fired until the gun was empty."

He then called Mississippi County 911 to report the shooting.

On cross examination, Deputy Prosecuting Attorney Gina Knight asked Jones why he didn't get back in his truck and drive away when he saw Wallace charging at him. At times, Knight yelled at Jones during her examination.

"I wanted to set the record straight," Jones said. "I thought I could talk this out."

Families of Jones and Wallace crowded the third-floor courtroom in Blytheville, and emotions ran high. After Jones was sentenced, one woman broke down sobbing and was escorted out of the courtroom.

After Jones was found guilty, he briefly left the courtroom and went to find his mother on the first floor of the courthouse, sending deputies in a mad scurry to find him. They returned him to the courtroom with an admonition not to leave unattended again.

Hoskins said Jones will appeal the verdict, and Thyer issued a $50,000 appeal bond for Jones on Thursday evening.