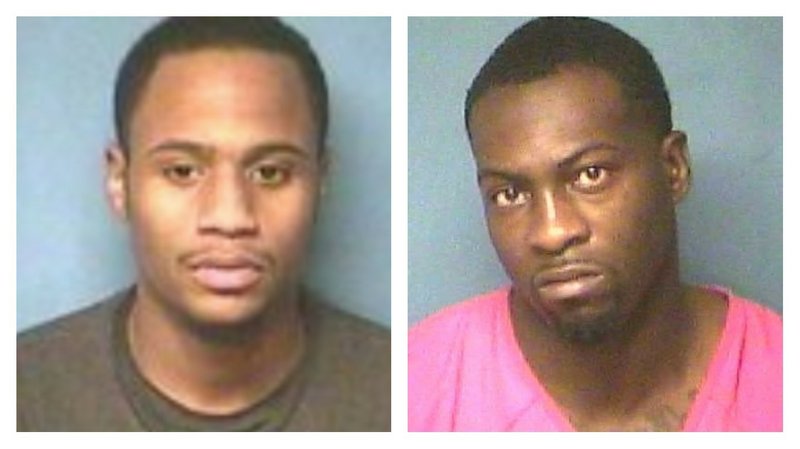 A woman who was kidnapped Christmas Day and thrown off a bridge in Little Rock was snatched after she called 911 to report a shooting, court documents show.

According to a probable cause affidavit for arrestees Richard Gilliam, 33, and Deymon Javon Webb, 28, 42-year-old Jamie Shipp said that she and Jeffrey Dunlap were in a room in a home in the 3100 block of Johnson Road in Scott around 12 a.m. when they heard Arlin Wayne Nugent, 49, ask for help.

She said Dunlap left the room. Then she heard several gunshots. She reportedly peeked through the door and saw Gilliam, whom she said she also knew as "Buck."

She hid behind a chair and called 911, whispering that someone was shooting people in a home and giving a partial address, according to the affidavit.

Once Gilliam found her, Shipp told authorities, he forced her into a blue SUV. Gilliam and Webb, his brother-in-law, drove her around and eventually threw her into the Arkansas River from the Interstate 430 bridge in Little Rock, the affidavit states. Shipp reportedly floated until she found help.

Nugent was fatally shot, while Capt. David Bufford of the Lonoke County sheriff's office said Thursday afternoon that Dunlap was still in the hospital.

Gilliam and Webb were both being held in lieu of $1 million bond at the Lonoke County jail as of Friday afternoon on charges of capital murder, kidnapping, attempted capital murder and aggravated residential burglary, records show. Both are scheduled to appear in court Feb. 20.