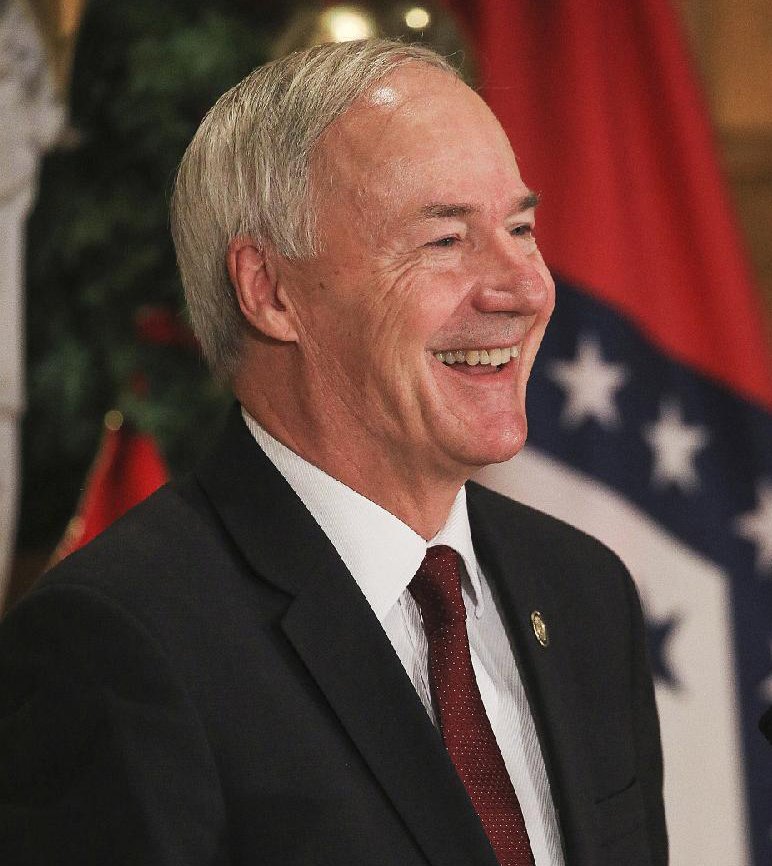 The Republican governor told reporters he's not ready to call for any budget cuts, but that he'll decide by March whether any changes are needed given the new concerns about the state's finances. The Department of Finance and Administration said the state's net available revenue in January totaled $535.9 million, which was $15.9 million less than in January 2016 and $47.1 million less what had been forecast for last month. The state's net revenue for the fiscal year, which began July 1, totals $3.1 billion.

"I do want to take the step to have contingency plans in the event this pattern continues and there's a problem the next month or the following month," Hutchinson said. "I don't want to wait until the last minute to have the agency directors start preparing in the event there is a reduction."

The programs affected by any budget cuts would be in the "B'' category of the state's budget, which prioritizes funding based on expected revenue. The $127 million in that category isn't set to go toward the agencies until June, Hutchinson said. He said he didn't expect any layoffs from the potential cuts. The bulk of the money in the category goes toward the Department of Human Services, which was set to receive $88 million. Other agencies that were told to make plans include the departments of education and correction.

State officials attributed about $22 million of the revenue shortfall to a payroll timing issue, with that money expected to be recouped next month.

The revenue figures came out a day after Hutchinson signed into law his $50 million proposal to cut income taxes for poorer residents, which will take effect in 2019. The legislation also creates a 16-member legislative task force that will recommend deeper tax cuts before the 2019 session.

Top Democrats in the majority-Republican Legislature said they were worried about the numbers.

"We've sounded warnings for the past two years that we could be headed down the road of states such as Kansas, Oklahoma and Louisiana," Senate Minority Leader Keith Ingram said, referring to states that have faced large budget shortfalls after enacting large tax cuts. "These fears seem to be well founded."

"It's not time to panic, and my other point is it shows the wisdom of a tax cut that is conservative, both in the amount and the timing so we have time to adjust if we need to," Senate Majority Leader Jim Hendren said.

Hendren and other GOP leaders said the numbers also stress the need for lawmakers to look at closing existing exemptions to fund any tax cuts in the future, a method used to pay for a $13 million military veterans' tax break that was given final approval Thursday. The proposal, which Hutchinson plans to sign into law next week, also raises taxes on soda, candy, unemployment benefits and digital downloads.