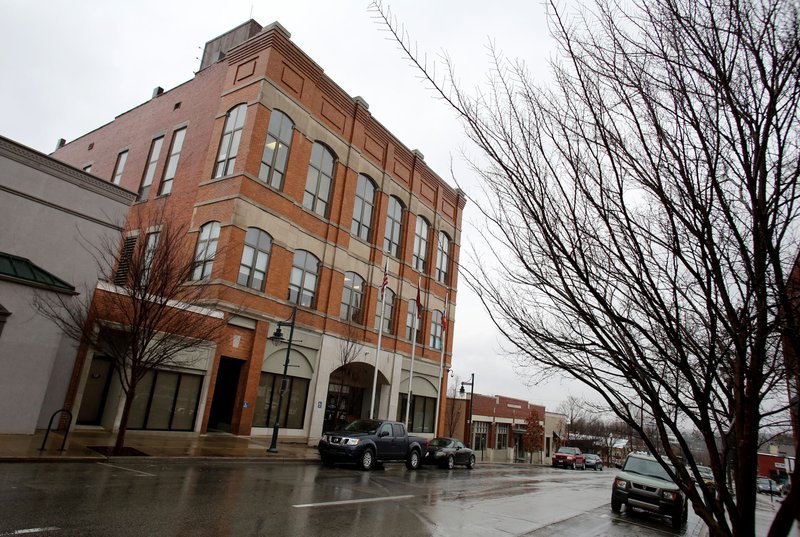 FAYETTEVILLE -- A proposed amendment to the city's yet-to-be adopted recycling plan would do away with the single-stream method and bans on trashing recyclable material, cutting the original diversion goal in half.

A proposal presented to the City Council on Tuesday would set the city's diversion goal to 40 percent by 2027. Diversion refers to the amount of trash ending up somewhere other than a landfill.

The City Council will take up the Solid Waste Reduction, Diversion and Recycling Master Plan and a measure to amend the proposal at its next meeting, 5:30 p.m. Tuesday.

To read the plan, go to bit.ly/faytrashmasterplan.

The city originally adopted a goal of 80 percent by 2025. The council approved in December 2013 setting the goal and developing a plan.

Florida-based Kessler Consulting released the 111-page Solid Waste Reduction, Diversion and Recycling Master Plan in the fall. The council took up a proposal to adopt the plan in December but tabled the item until Tuesday's meeting.

The plan is divided into three parts focusing on recycling, composting and bulk waste. It calls for, among other things, pursuing a single-stream method of recycling, enacting and enforcing mandatory bans on trashing recyclable or compostable material and construction of a multimillion-dollar processing facility.

The proposal approved by the Water, Sewer and Solid Waste Committee on Tuesday would strike those things from the plan's initial implementation.

More than 20 residents spoke at the December council meeting to denounce the single-stream method. Single-stream calls for placing recyclable material in one bin, which would be separated and sorted at a facility, rather than at the curb. Advocates against the method said single-stream results in a far higher rate of contamination and a lower return on items actually recycled.

The consultants countered that claim, stressing modern-day facilities combined with the sheer magnitude of more material collected result in a higher tonnage of recycled material. Single-stream programs also serve most of the urban population in the country, they said.

The amended proposal would basically double Fayetteville's current diversion rate, which has hovered at 16 to 20 percent for the past decade. The plan would increase the diversion goal 10 percent in five-year increments, Transportation Services Director Terry Gulley said.

The proposal also calls for picking up recycling at multi-family homes and apartments of up to 24 units that have frontage facing the street. Additional trucks and staff would be required for that measure, Gulley said.

The plan also would expand the city's composting program to include food waste and request proposals to process construction and demolition bulk waste.

A November memo from Mayor Lioneld Jordan's Chief of Staff Don Marr recognized the 80 percent goal as not attainable because of a lack of a regional interest in a state-of-the art recovery facility. The proposal references that memo.

City Attorney Kit Williams said the council could adopt the recycling plan with the new proposal to replace the implementation steps and amend the original proposal. That's not to say the parts the amendment would discard will go away forever, he said.

"I don't think it's abandoning single-stream," he said. "What it's saying is in the near future it's not going to work."

The city would continue to study the feasibility of a regional recovery facility, according to the proposal.

The changes represent what Jordan wanted in the proposal after receiving significant public outcry against the single-stream method and the recommended ban on residents throwing away recyclable material, Williams said.

Louise Mann, an outspoken advocate against single-stream, said the city can get its participation rates up through outreach and accountability. She commended the city on changing its approach, but still plans to push for an ordinance requiring transparency in recycling material.

"Why are we not studying other options besides single-stream, like dual stream?" Mann said, referring to a system in which glass would be separate from other recyclables. "Why are we not doing more education?"

La Tour praised the exclusion of the mandate in particular.

Kinion described the proposal as a compromise validating public input along with the data provided in the report.

The council will vote on the proposal Tuesday. It also will take up authorizing Jordan to make a final payment of $11,010 to Kessler Consulting for extra work associated with developing the recycling plan.

Addressing the Water, Sewer and Solid Waste Committee about the plan in September was out of the original scope of the work, Recycling and Trash Collection Director Jeff Coles said. Consultants Mitch Kessler and Robin Mitchell charged more than $4,500 apiece for 26 hours and 33 hours of labor, respectively, along with expenses, according to the bill to the city.

Alderman Matthew Petty said the cost was surprising but council members knew at the time the September presentation would be in addition to work already done.

Williams said the extra expense was a mistake that slipped through with authorization from the council but without a budget adjustment.

Kinion noted such expenses add up.

"It's a drop in the bucket to our total budget but I think it's a little bit taking advantage of the situation," he said of the cost.