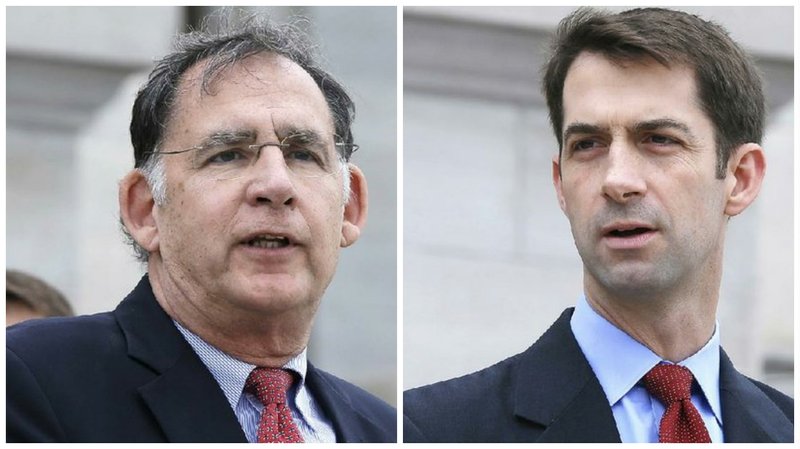 WASHINGTON -- Arkansas' two U.S. senators are urging the White House to block the release of any more prisoners housed at Guantanamo Bay, Cuba.

In a letter signed by U.S. Sens. John Boozman, Tom Cotton and nine of their Republican colleagues, the lawmakers urged President Donald Trump to increase the number of suspected terrorists who are housed at the U.S. naval station and to suspend a board that weighs whether to release the detainees.

Stressing Guantanamo's "vital mission," the senators called for "maintaining and expanding the utilization of the detention facility," saying it should be the destination for "current and future enemy combatants who pose a threat to our national security."

The Periodic Review Board is an interagency committee that reviews the status of those being held. Then-President Barack Obama signed an executive order in March 2011 establishing the board, which includes senior officials from the departments of Defense, Justice, State and Homeland Security; the Office of the Director of National Intelligence and the Joint Chiefs of Staff.

Its job, its website states, is to "review whether continued detention of particular individuals held at Guantanamo remains necessary to protect against a continuing significant threat to the security of the United States."

During his 2008 campaign, Obama promised to close the prison, but encountered bipartisan opposition from Congress.

Lawmakers repeatedly added provisions to must-pass bills that blocked any efforts to shut the prison.

As a presidential candidate, Trump voiced support for the facility, saying, "We are keeping [it] open and we're going to load it up with some bad dudes."

In an interview Tuesday, Cotton said the letter shows that many on Capitol Hill share that goal.

"We wanted to reassure the president that he had congressional support for taking the steps necessary to roll back some of the needless Obama restrictions on the use of Guantanamo Bay," he said.

The senator portrayed the detention center as free of human-rights abuses.

"I traveled to Guantanamo Bay. I've led a trip there with my Senate colleagues. It's a very modern, humane facility that is very important to detain hardened terrorists and to interrogate them and get the full intelligence value that they may hold," he said.

In an interview Tuesday, Boozman said those who remain locked up are "the most dangerous of the dangerous that are left" and senators want to "make sure that they remain in that facility versus bringing them over to the homeland or releasing them."

Many of those who are released pose a continuing threat, he said.

"About 30 percent of these people wind up back on the battlefield," he said.

Moving any remaining prisoners to the United States is out of the question, Boozman said.

"You can imagine the security concerns. ... We wouldn't want them in America," he said.

Hundreds of suspected terrorists have been held at the Guantanamo facility since it opened in 2002. It now has 41 detainees. The New York Times last week posted a draft executive order that calls for the operations at Guantanamo to continue.